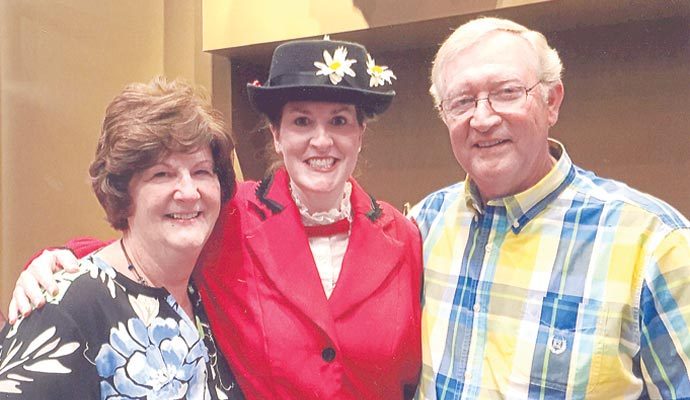 WILLMAR, Minn. – Jeannie (Longfellow) Reid had the lead part of Mary Poppins at the Barn Theatre in Willmar, Minn. during the month of June.

The Willmar Tribune described her performance as “carried with true Mary Poppins-style with grace, class and perfection. Her vocal range and pitch are in a class of its own and her acting ability natural and with ease. She continues to play her, knowing, yet playful, character throughout the whole performance.”

Reid was privileged to participate in Wavaires for three years under the direction of Michelle Smith. Reid graduated from GHS in 1992, and then went to Indiana Wesleyan University where she was involved in several music groups before she graduated with her degree in English education. She presently teaches junior and senior high school English at Christian Community School in Willmar. She and her husband Aaron have four children.