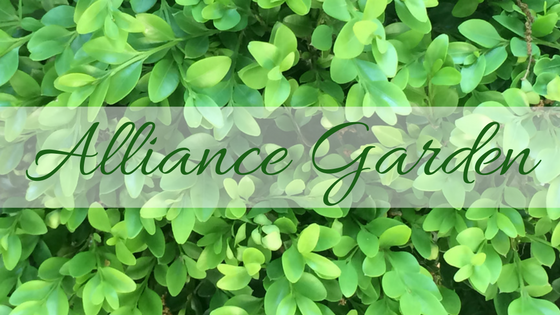 In 2011, students Brittany and Collin Rhoades were very interested in creation care. With support from staff, faculty, and vice president Todd Voss, Brittany and Colin began the Creation Care Alliance (CCA) as an SGA sponsored club on campus. The faculty and staff at this time also began a sustainability initiative. Although Voss left the year later to pursue other career opportunities, the CCA continued on the Marion campus.

Grace Ju Miller, a current professor in the biology department at IWU, encouraged the CCA to attend a sustainability conference at Houghton College. Miller recounts meeting Brittany and Colin at McConn Coffee Shop years ago after they attended the conference, “They were like, ‘They have this student garden, they have these great initiatives, they have a sustainability coordinator – we need to do something like that! Where can we get the money?’”

Miller began to help the CCA make this dream a reality. She began to search for land and encouraged Brittany and Colin to write community and foundation grants. This all occurred at the end of the week, and by Monday, Miller received a call from the Arington Foundation – the charitable arm of Prasco Pharmaceuticals in Cincinnati. Immediately, a representative drove to IWU from Cincinnati to meet with Miller to discuss the possibility of awarding some money for the garden. Miller still has trouble grasping how the situation worked out, “Usually you beg to find foundation money, but he’s dropping it right in front of me.”

Colin, being a business entrepreneurship major, was able to create a proposal, SWOT analysis, etc. and had it ready to go by the end of spring break, in order to submit the proposal to the Arington Foundation board on time to be considered. Miller submitted it to Prasco, and that summer (2012) the Alliance Garden began on the corner of 46th and Race street in Marion, Indiana. They had a garden manager and a couple of interns at the time.

Miller eventually asked for a living/learning house for her summer interns. The first house was on 38th street. The next year, Dr. Miller asked for more gardening land, and obtained a second, larger plot on 38th street by the townhouses. The Alliance House is currently home to the manager, as well as four interns.

For the last five years, the Prasco grant has been maintained and continues to be received by the Alliance Garden and the Alliance House. Now, there is a full time, year round manager, Kaley Necessary, who also serves as the sustainability coordinator during the winter months.

Miller has seen improvement and is excited for what the future holds, “It’s inch by inch… but every year we have a harvest party. Our first year we had maybe 70 people. We hit a 100, then 130, but this year we hit 300 people. We feel like we’re gaining momentum.”

Written by Dezaray Barr, Writer for the Alumni Office. Dezaray is a Sophomore Strategic Communication and Honors Humanities double major at Indiana Wesleyan University in the John Wesley Honors College. At IWU Dezaray is involved in PRSSA leadership and runs both the JWHC Blog and her own blog. Visit Dez’s website at www.dezaraybarr.weebly.com.

One Reply to “The Genesis of the Alliance Garden”