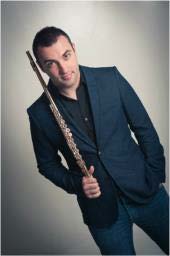 From the Director’s Desk
I was reminded today by one of my student employees that every month that starts on a Sunday also includes a Friday the 13th. Now, I already knew that little nugget of information, but when I heard it today, it caused me to pause for a moment and reflect on it. 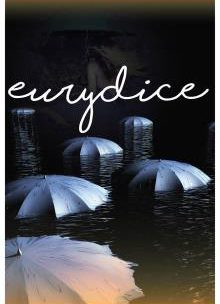 “In Eurydice, Sarah Ruhl reimagines the classic myth of Orpheus through the eyes of its heroine. Dying too young on her wedding day, Eurydice must journey to the underworld, where she reunites with her father and struggles to remember her lost love. With contemporary characters, ingenious plot twists, and breathtaking visual effects, the play is a fresh look at a timeless love story” (Samuel French).

The orchestra will perform Mendelssohn’s “Reformation” Symphony in honor of the 500th anniversary of the Reformation. The work ends with a grand fantasia on the hymn tune A Mighty Fortress. The night will open with Johann Straus’s Overture to Die Fledermaus conducted by Mr. Davy Chinn in anticipation of the upcoming performances of the full opera in the spring. Tickets go on sale Monday, October 9th at the Box Office and online.

General admission: $10* Students/Seniors: $5* Children 12 and under are free

Also, Mr. Clark will also be sharing his musical gifts during a guest recital on Monday, November 6th at 7:30pm in Baker Recital Hall. Admission is free for this recital event.

The IWU Singers will present, Grace Alone, a concert on the music and influence of the Reformation. This concert will center on the three solas that came to define the movement- Sola gracia (only grace), Sola fide (only faith), and Sola scriptura (only scripture). We will sing classic works by Martin Luther (A Mighty Fortress, Morning and Evening Prayers, I Shall Not Die But Live) and J.S. Bach (Jesus bleibet meine Freude) as well as modern arrangements of gospel songs and hymns (Crosby, Whittle, and Newton). Tickets go on sale Monday, October 9th at the Box Office and online.

General admission: $5* Groups of 3 or more: $10* Children 12 and under are free All proceeds will go to hurricane relief efforts via World Hope.