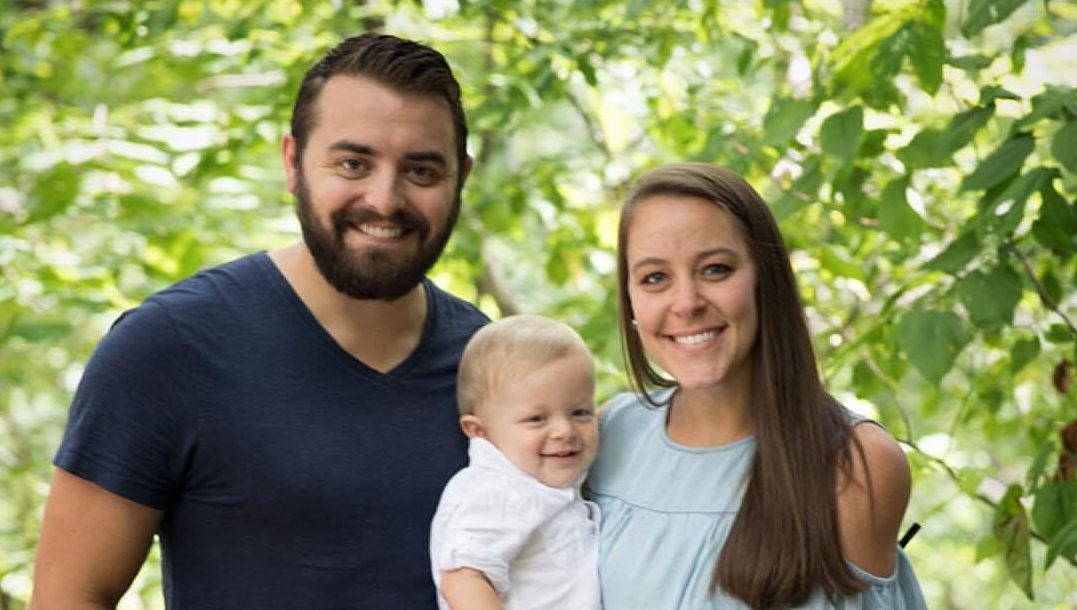 Erik and Rebecca Johnson both attended Indiana Wesleyan University and played for IWU’s men and women’s soccer teams. Rebecca graduated in 2010 with a degree in Exercise Science, and Erik graduated the following year with a double major in Entrepreneurship and Finance. They both emphasized that their times at IWU were special for many reasons, but especially because they met each other.

Soccer was a big draw for both Erik and Rebecca as they committed to Indiana Wesleyan for participation in the program. Through their athletics and other student life, they both made their closest friends, which they are still friends with to this day. Erik and Rebecca met each other during pre-season of his freshman year and her sophomore. Rebecca said of her time with Erik, “We spent lots of long evenings together as I worked the Lodges front desk and he ‘did his homework.’”

Spiritual growth was also a major part of their story at IWU. For Rebecca, she hadn’t really been extremely involved in Bible studies or youth group before coming to college, so she soaked in all the opportunities at school, from devotions with her coach to Summits every semester to godly roommates – all these things had a huge impact on her walk with the Lord. For Erik, college was finally a time he could drift in order to find himself and make his faith his own. Like Rebecca, he had many spiritual influences that were pivotal in creating a culture at IWU where he could pursue Christ more.

Now, Erik is the Principal and Cereal Entrepreneur at J2 Marketing – the business plan of which he had the privilege to write during his entrepreneurship classes at IWU. J2 is a leading branding agency in Northern Indiana employing about a dozen “passionate, creative geniuses.” Erik also owns a custom gun holster manufacturing company called Click Holsters, as well as has equity stakes in other ventures.

He attributes his education from IWU as a significant part of what has prepared him for where he is today in his career. Erik said, “I don’t think any school, simply through classes, can fully prepare someone for a successful career after school. IWU had many opportunities to participate in activities outside the classroom.” These opportunities included work with the American Marketing Association, Students in Free Enterprise, Business as Missions and other opportunities to collaborate with students outside the classroom. To lay the foundation of his faith and the foundation of the businesses he is a part of, Erik looks to James 1:17 that reads, “Whatever is good and perfect comes down to us from God our Father.”

Rebecca feels blessed to spend most of her time raising their 2-year old son, Lincoln, as she knows she is “raising the next generation of world changers.” Although it doesn’t always feel this way to her, Rebecca knows she has one of the greatest and most important jobs on the planet as a mom. Rebecca said, “The decisions I make for our family every day and the values I teach our son are all found and founded in the truth of God’s Word.”

In addition to childcare, Rebecca helps run some of the business. She believes her spiritual life gives her the work ethic and perseverance to make it through the not-so-fun parts of being a business owner. She also works on the board of an adoption and fostering ministry non-profit named Village to Village Intl. Two trips to India during Rebecca’s time at IWU opened her worldview and gave her a love for travel and a heart for all things adoption.

Erik, likewise, has a love for travel, and he and Rebecca have taken several trips abroad as well as stateside – some with their son, Lincoln. In Crete, they loved cliff jumping, though Rebecca joked it may have taken her 30 minutes to actually jump.

Rebecca encouraged IWU students to enjoy their time at IWU, because it goes by faster than imaginable. “Make as many friends as you can. Take the opportunity to learn more about yourself and grow in your relationship with Christ,” she said. From a business standpoint, Erik tells students to get involved beyond the classroom within their area of study. As an employer, he looks for graduates who go beyond their school education to learn new perspectives and get experience in their field to set themselves apart from their classmates. Erik failed his English class the first time he took it. He said, “Just because you fail at some things, doesn’t mean you can’t excel in something you truly enjoy.”