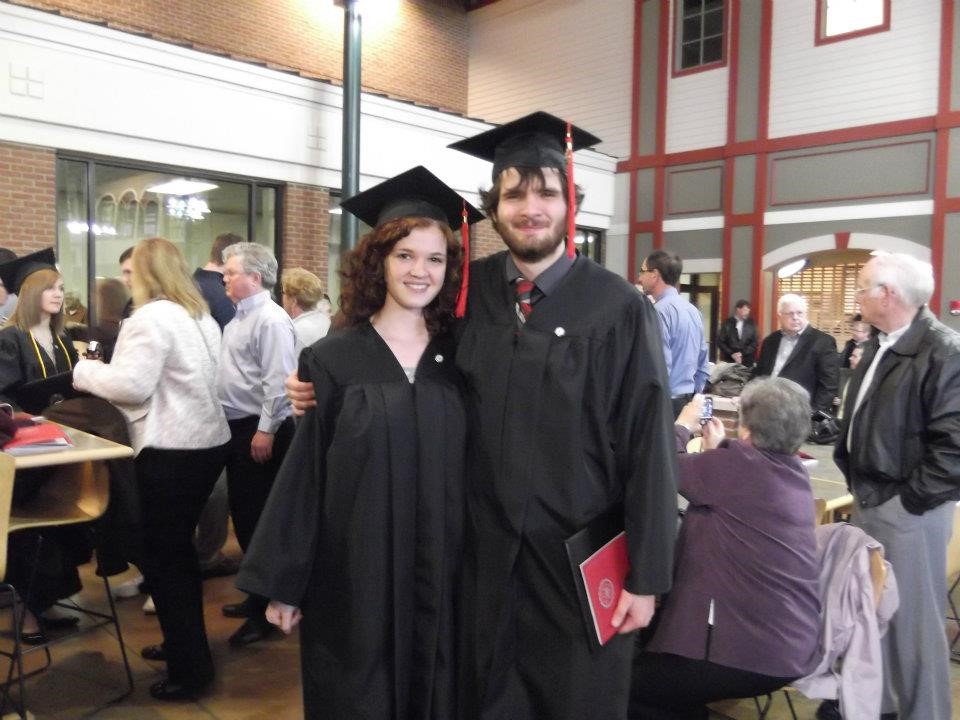 Most seniors in high school spend months and months hunched over their computer, filling out application after application, writing essay upon essay about how something less-than-inspiring completely changed their lives, hoping to get accepted to a university.

It is an exhausting, often painstaking process filled with lots of uncertainty and often anxiety.

While this scene is very familiar to Zach McConnell, it is more reminiscent of the fact that he has applied to be on the television show Survivor for the past fifteen seasons.

No, McConnell’s college search was much simpler.

This youth pastor did something that he says that he would never advise his students to do. After a rather apathetic time of searching around for possible colleges to attend, with the encouragement of his youth pastor and a memory of an amazing time he had at Fusion (an IWU hosted high school conference), McConnell applied to just one college: Indiana Wesleyan University.

Of the decision to approach college with such confidence and optimism, McConnell said, “I was captivated and wowed by the campus and the environment. In 2007, God had called me to ministry, but I didn’t necessarily know where to go.”

“I only applied to IWU, because my youth pastor suggested I go, and I had really liked Fusion,” he explained. “But looking back, despite my apathy of searching for universities, I knew the Holy Spirit was leading the way … I don’t advise my students to just submit one application and ‘hope for the best’ just because of one youth conference. Terrible idea. But God knew what was happening.”

The time that followed this step of faith is what McConnell describes as “life-changing.”

His time at IWU was marked by a transformation of his heart, attitude and perspective. Much of that was due to the community that McConnell found one that continues to love and support him today.

“Every year continued to be a year of growth while attending IWU, ” McConnell said. “I found amazing accountability partners that I still connect with today. I have amazing ‘summit’ moments where I am reminded that I am uniquely and wonderfully made in the image of God.”

“I cannot express this any louder – I am so thankful for my time at Bowman Hall. The biggest piece of the puzzle I learned is that I am a Man of God, because He has created me in His image. I’m so thankful for the principles of Bowman and the people I was surrounded with while there,” McConnell said.

McConnell also found another relational blessing while studying at IWU.

As he pursued his degree in Youth Ministry, he also pursued his wife, Amanda. The pair graduated together in 2012 and are getting ready to welcome their first child this December.

Currently, McConnell and his wife both serve in Sioux Falls, South Dakota, at Linwood Church, where he is the NextGen Pastor and she is the Children’s Director.

McConnell rejoices in the opportunity to serve alongside his wife and lead his students to a more fruitful and authentic relationship with Christ through celebration, service and discipline.

In reflecting on his time at IWU, McConnell feels that he learned much about ministry, while also being affirmed that it was truly what he was called to do.

He said that he truly appreciates that IWU is an academic university that makes spirituality a priority over academics.

With a great love for IWU and the Fusion conference, of which he served on the leadership team while a student, McConnell continues to bring his students to attend Fusion annually, all the way from South Dakota. This year will be his 11th Fusion.