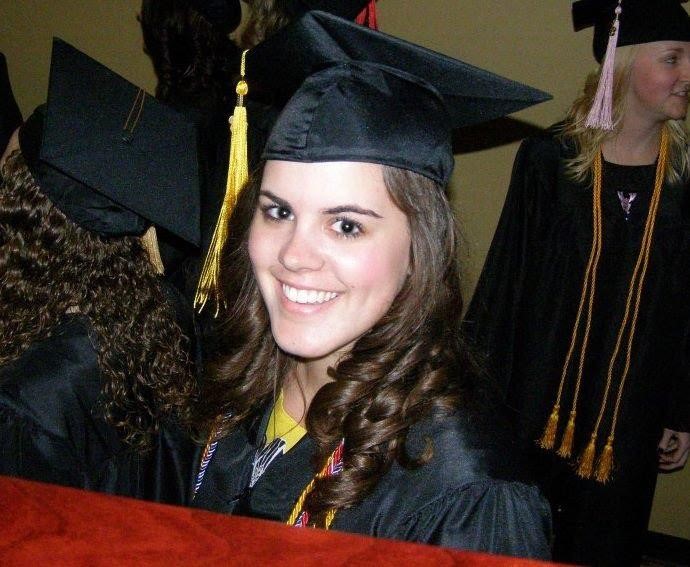 The Karyn Purvis Institute of Child Development at Texas Christian University strives to help children who suffer from the effects of early trauma, abuse or neglect. The institute accomplishes this by researching these children’s needs to help them overcome challenges – social, behavioral and emotional.

As a sibling to seven adopted children, Jana Hunsley, a 2013 graduate from Indiana Wesleyan University (IWU), has found her place pursuing a PhD at this remarkable institute.

However, her journey began at Indiana Wesleyan. Due to her family’s composition, Hunsley had always known she wanted to study psychology at a Christian university in order to become a post-adoption therapist.

IWU also offered an honors program, The John Wesley Honors College, which challenged Hunsley academically. That, in combination with the Holy Spirit’s confirmation, led her to call IWU home.

“I fell in love with IWU right away,” Hunsley said. “I tangibly felt the presence of the Holy Spirit on campus, and it was like nothing I had experienced in a place previously. During that campus visit, I felt like the Holy Spirit was telling me this was the place I was supposed to be.”

This proved to be true as Hunsley met friends who challenged and encouraged her during her time as a Wildcat.

She also met professors who recognized her potential.

She said, “The professors are truly one of the biggest reasons I’m doing what I am doing with my life today.”

The constant support of the faculty at IWU was unexpected. The professors assisted Hunsley in seeing all of the plans God had for her if she would be faithful in her walk with Him.

Professors Dr. Runyan and Dr. Steenbergh were two of the professors who had a lasting impact on Hunsley’s life.

Drs. Runyan and Steenergh invited Hunsley to be a part of their research team. They encouraged her to pursue a career in psychological research.

Although Hunsley became a clinician first, she attributes her courage to step into a research PhD program to their guidance during her undergraduate studies.

According to Hunsley, for the children of God there is power in psychology. Runyan has echoed this belief by stating that research is integral to a Christian university as it will shape tomorrow, influencing textbooks, popular media and the way our culture thinks and lives. Due to her conviction and Runyan’s influence, Hunsley integrates this dynamic into her work daily.

“All that I am doing with my life is because it is exactly where God has told me to go and what He has told me to do,” said Hunsley. “Through my experience of being a sibling to seven adopted children, God gave me skills and experiences to help other adoptive families. He made it very clear that He created me to bring hope and healing to families that have had experiences like my own. My career is just a manifestation of the work God puts in front of me to help adoptive families.”

Hunsley continues to work in ground-breaking research, learning how to care for foster and adopted children.

This research has spread all over the world to enable these vulnerable children to heal. Hunsley has the opportunity to further this work by researching the effectiveness of their intervention, Trust-Based Relational Intervention (TBRI).

Hunsley also researches the effects of TBRI in different cultures and settings around the world and finds ways to specifically help adoptive siblings adjust well to their families’ adoptions.