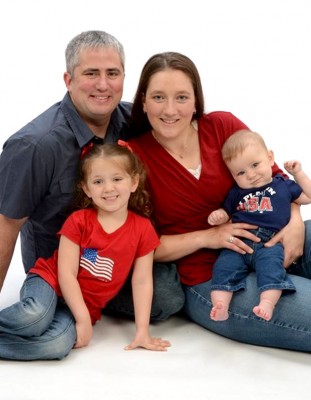 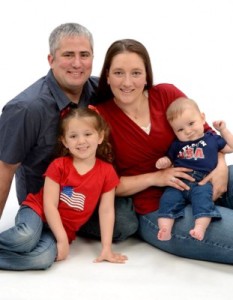 Equip. Serve. Send. This pattern is reflective of how God has called the Los, Gallants, and
Baileys to minister in Phnom Penh, Cambodia. Since 1974, God has systematically moved in the hearts of three Indiana Wesleyan-affiliated couples to pursue full-time missions in this country. Each couple has brought a new passion and focus to this ministry, yet through their multigenerational presence in this country, God has demonstrated His concern for the people of Cambodia.

First impressions aren’t everything. When Tiffany Neuenschwander (Gallant) stepped off the plane into Cambodia for the first time, she was overwhelmed by the overwhelming heat and a pervasive sense of fear. Several days later, she found herself very sick, tended by a doctor who barely spoke English. During this short-term missions trip to Cambodia led up by Dr. Jim Lo, Tiffany first received the call to full-time missions.

As she lay in the hospital, Tiffany clearly sensed God asking if she was seriously willing to give everything to follow him. She said yes. During the remainder of the trip, the Lord laid the people of Cambodia on her heart. When she returned home, Tiffany began explaining to her fiancée, Tim Gallant, her call for them to pursue missions together.

In 2001, Tim and Tiffany married. Following their marriage, both sensed a desire to take a trip to Cambodia with IWU the upcoming summer. However, since they lacked the funds for such an undertaking, they disregarded this opportunity. Several weeks later, Dr. Lo called, asking if they were still praying about this trip.

“The news floored us,” they commented, recalling that they had not told Pastor Lo about their desire to attend this trip. But God’s blessing on this trip was clear; the Gallants were the first to raise their funding and during this trip, Tim received the call to Cambodia as well.

Following Tiffani’s graduation from IWU with a degree in Intercultural Studies in December of 2003, Global Partners officially appointed the two as missionaries to Cambodia. Since that time, the two have been fully involved in ministry and serving.

In the past 11 years, the Gallants have completed three stints as residential missionaries. During their initial placement, the couple focused on language and culture assimilation. Concurrently, they taught English at Wesleyan Bible Institute and worked to build community through various fellowship opportunities. Their second term, which was from 2009-2011, the Gallants became house parents for the school and spent the majority of their time teaching Bible classes. Additionally, they were blessed to live with the other five Khmer staff families. Now in their third term, the Gallant’s have shifted the focus of their ministry; they now focus less on formal education and emphasize stronger outreach within the province. The couple works with local churches helping to equip indigenous ministries to realize their ministry goals.

During their time as missionaries, the Gallants spent two years in the United States reassigned to the IWU Marion campus where they served as Missionaries in Residence under the direction of Dr. Lo. From 2011 to 2013, Tim received his Master of Divinity from the school: the two also spent time mentoring future missionaries and receiving encouragement from Dr. Lo and other IWU staff and faculty. During this time, that the Gallants met Jacklyn and Chad Bailey, students at Indiana Wesleyan University.

Now in their third term in Cambodia, the Gallants serve as field directors for missions in Cambodia through Global Partners International. As part of their ministry assignment, they work to help missionaries acclimate to their new position on the field. The Gallants along with their two children, Katherine and Jonathan, eagerly await welcoming the Baileys to the field; when they arrive, they will partner with them to help them acquire the language, culture, and ministry goals necessary for their assignment.

“If the people of Cambodia could get past this attitude of self-preservation and benefit and begin to treat one another with care and compassion, then the country would be drastically different,” the Gallants mentioned.

Spiritually and financially impoverished, the nation of Cambodia is desperate for change and hope. In the ministry of the Gallants, the Los, and the Baileys, God is demonstrating that he has not forgotten this place. Through the willing lives of these people, God is using the Gallants, Los and Baileys and has equipped them with the desire to serve, so they can send His love throughout this needy country.