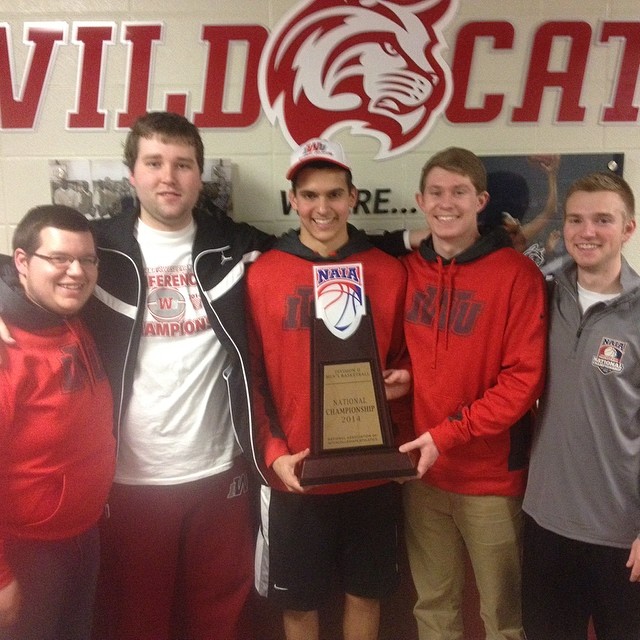 Although he never wore an official Wildcat jersey, Devin Gray’s experience with the Men’s Basketball team gave him the opportunity to grow athletically and spiritually. Working as a manager during his time at Indiana Wesleyan, Gray had the opportunity to immerse in the atmosphere of the men’s basketball team. Within a tight-knit community, he found spiritual, physical, and academic accountability. Gray mentions that his team experience allowed him to make some of his best friends and some of the coaches still act as mentors for him. Team atmosphere, however, is something Gray recalls being a unique part of the IWU men’s team.

“The culture of the IWU men’s team is unmatched,” Gray stated, commenting on the unity, selflessness, and genuine concern for others he found among the group of athletes. Being a manager, Gray had the opportunity to work with the men closely, observing their struggles and strengths corporately and individually. As he interacted members on a daily basis, Gray mentioned that the best word to describe the team was family. He mentioned that the way the men interacted with each other demonstrated their focus was team oriented rather than focused on individual accomplishments. The coaching staff also encouraged this mentality, daily encouraging members to play for the good of teammates, rather than for personal recognition. Gray mentioned that players caught this team vision, and the atmosphere of the team reflected the selflessness of each man.

In this men’s basketball team, Gray found accountability for all areas of life.

“I was surrounded by great friends on the team, and we were comfortable enough to challenge each other on life topics,” Gray recalls. “By our lifestyles, we inspired each other.” Holding each other responsible for spiritual formation, the team was undeniably Christ-centered. Weekly team devotions featured guest speakers who encouraged players to prioritize their faith above all else. Gray mentioned he found this mindset reflected in the culture of the team. As this group of men grew spiritually together, they found a community of faith, as well as a group of talented athletes. Since graduating, Gray stated that he realized this time with the team allowed him to take ownership of his faith and prepared him for life after IWU.

Accountability wasn’t everything, for the team, however. Gray mentioned how much fun it was to be part of a team that was competitive- and talented. Among his favorite memories with the men’s basketball team, he mentioned that winning the NAIA’s championship in 2014 was among his fondest memories. 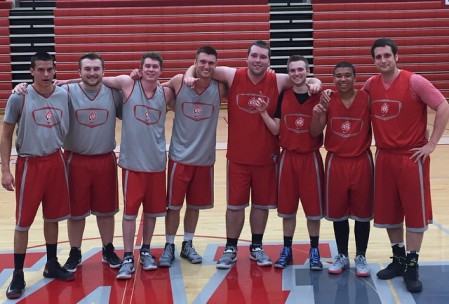 Since he graduated this past April, Gray took a job at Horizon Christian School. He teaches Bible classes for junior high and high school and he works as the Men’s Varsity Basketball coach. While at IWU, he thought that the men’s basketball coaches had amazing jobs, and he says he feels deeply blessed to have the closest thing to a dream job straight out of college. His time with the IWU men’s team has had an undeniable impact on his coaching philosophy, and he stated that he envisions trying to create a team atmosphere similar to what he found in college. Building community like this takes time. Gray explained, however, that he and his assistant, Josh Godbey, have no plans to leave the high school anytime soon. He is excited to see where the program goes under their guidance.

“We love ministering to the boys,” Gray stated, “If we can help these high school boys develop into men… we would be more than satisfied.”

He stated that this is the biggest component of his educational experience that he misses.

“I miss living with the players, watching sports or doing whatever,” Gray admits. “But I mostly miss that spiritual support.”