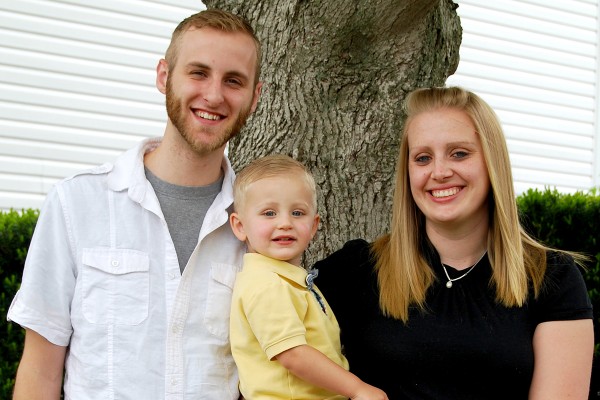 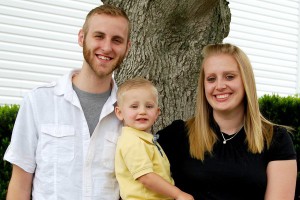 From an early age, both Chad and Jacklyn Bailey have been seriously pursuing full-time missions. Chad and Jacklyn met in early junior high and by the time they were sixteen, both felt a strong desire to do their part to fulfill the great commission. When the two started dating Jacklyn’s senior year of high school, she was quick to mention her personal calling for missions. Chad shared her vision, however, and the two married in the summer of 2010, after Jacklyn’s sophomore year of college.

As soon as the two decided to investigate missions together, they began seeking out places they could effectively minister for the Gospel. Although they did not have a specific location in mind, both were convinced that they needed to move somewhere in the 10/40 window; a designation for countries cauterized by their minimal Christian influence. Around this the same time, Jacklyn attended a conference about the ministry needs within the country of Cambodia. The Baileys had discussed the idea of moving to a country in Asia, and as Jacklyn heard about the spiritual darkness in Cambodia, her heart broke.

“We were in the process of interviewing at the time,” Jacklyn recalled. “So we spoke to Global partners about what we’d learned about Cambodia.” As the couple spoke with their mobilizing leader, they learned that the director of Global Partner’s outreach in Asia was in town that weekend, looking to fill mission’s positions. God’s timing was perfect.

“The directors were focusing on Cambodia specifically,” commented Jacklyn, “we felt it was a perfect match.”

During their time at Indiana Wesleyan, Chad took a class with the Gallants, who were adjunct professors during their missionary-in-residence stint. Although meeting them was not a major contributing factor for missions placement at the time, the two couples became friends. Looking to work together in Cambodia, the Baileys reflect that God was planting seeds in both families’ hearts, preparing them for their upcoming ministry. Both the Baileys took classes with Dr. Lo as well, during their time at IWU, however, they were not aware of his experiences in Cambodia until recently. They both hope to learn more about lessons he learned there in the imminent future.

The Baileys, who have recently begun fundraising for their first placement, are looking to leave for Cambodia full-time between July of 2016 and January of 2017. During the first ministry term, Chad and Jacklyn will focus primarily on language acquisition. As they learn enough to communicate with the local people, they are planning to focus their ministry on church planting, community health evangelism, and teaching English.

Between now and their departure, the Baileys are working to raise support, both spiritually and financially. The upcoming year poses many challenges; the couple is anticipating learning a new language, moving across the world to a place Jacklyn has never even seen. Regardless of these obstacles, the two are excited to spread God’s love to people that have never heard the Gospel.

Through the passion and excitement demonstrated in Chad and Jacklyn’s lives, it is clear that God is still active and concerned about the people of Cambodia. Throughout the past four decades, God has raised three couples from IWU and equipped them to serve and send His love throughout the country. Through the lives of the Los, the Gallants, and the Baileys, God has made his love for this nation known, proving he still has plans for Cambodia.

Written by Katherine Arch, Story Teller for Alumni Relations. Katherine Arch is a Senior English major at Indiana Wesleyan, and a member of the Track and Cross Country teams. She is passionate about sharing people’s stories and celebrating their unique divine potential in written form.