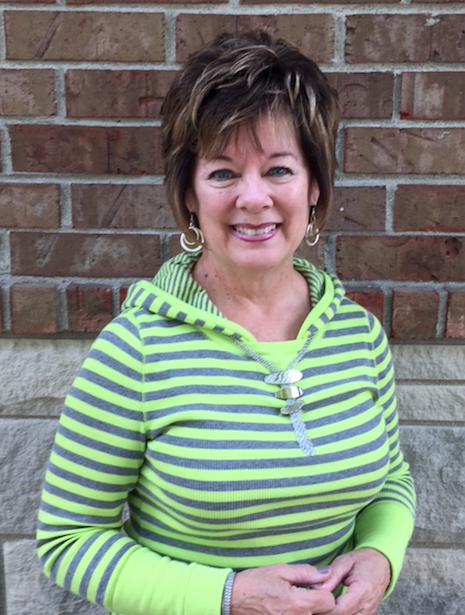 Reverend Patty Bray (’73, Elementary Education) is being recognized as the “Pastor of the Week” this week. “Pastor of the Week” (PotW) is a renewed tradition honored by the Office of Alumni and Church Engagement which appreciates local pastors for their service and faith.

Bray’s ministry has been marked by deep faith, meaningful relationships, and extreme expansion of the Kingdom of God. Those who have the pleasure of meeting Patty know how warm of a friend and mentor she is. Her wisdom is evident as she listens for the Lord’s calling in her life. Currently, Bray is serving as Interim Pastor at Fall Creek Wesleyan Church in Fishers, Indiana. However, you might know Bray from her 10 months as Interim Pastor at First Wesleyan Church in Battle Creek, Michigan, or her 41 years of service at Heritage Church in Rock Island, Illinois and Bettendorf, Iowa. No matter where God has led her, Bray has gone confidently and expectantly to serve the Lord.

As an elementary aged child, Bray knew that she was called to serve God. Bray attended Marion College, where she met her future husband, John Bray (’73), and received a bachelor’s degree in Elementary Education. She went on to teach for several years before leaving the work force to be with her family and serve at Heritage Church.

In the beginning, Heritage Church was a small church that needed rejuvenation. The Brays worked and honored the Lord with their ministry and soon had a vibrant, growing congregation. Back in the early days of Heritage Church, Patty recalled all she did in the church saying,

“Sometimes you have to do what needs to be done because it desperately needs to be done.” She held around 10 different paid positions at Heritage, and many more volunteer positions. However, as the church grew, Bray found that she was able to do more work that was in her sweet spot, she continued, “and sometimes you work where you are really gifted. Now, would I rather work where I am really gifted? Boy, I sure would! But I think you have to be willing to do whatever the Lord calls you to at the time.”

More than just figuring out what position to hold in ministry, though, Bray had to tackle her own personal Spiritual life and how that fit into her ministry. She said, “I decided in my late 20’s […] that if God would help me, over a lifetime I was going to become a deep, spiritual person. I was going to be a person of the Word, and person of prayer. I was going to become a person of deep, spiritual roots.” Bray did just this as she has come to be known by her friends and congregation members as someone with a deep connection to the Holy Spirit, an inspirational prayer life, and a wisdom that is evident in her sermons and even in her conversation.

As Heritage Church grew from a few dozen to thousands of congregation members under the Bray’s leadership, they began to feel that God was calling them toward something other than Heritage. After 41 years of service at Heritage Church, the Brays boldly followed God into ministry opportunities outside of their home church.

This was an incredibly difficult time for both of them, leaving a church they had grown and nurtured for the unknown that only God knew. Patty said, “I went through a really deep grieving process of releasing Heritage…but at the end of that time [of prayer, fasting, and grieving] 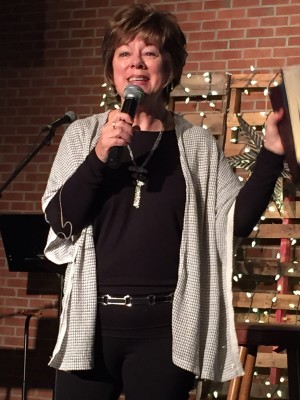 God completely lifted the depression, sadness, everything…and the next week we got the opportunity to go to Battle Creek, Michigan as interim pastors!”

The Brays stepped into an Interim Pastor position at First Wes to grow community and cast vision for the future of the church. Patty, being a deeply relational person worried that she would be able to love another church as she had Heritage or grow relationships there. However, as she walked into her first service at First Wes, she was overwhelmed by the overwhelming love she felt for the church and its members. Bray felt God’s presence as she was able to create meaningful relationships and grow a church in a short time.

After 10 months at First Wes, John was called to serve as Interim Dean of the Chapel at Indiana Wesleyan University and Patty, through remarkable circumstances from the Holy Spirit, began to serve as Interim Pastor at Fall Creek Wesleyan Church in Fishers, Indiana. The congregation at Fall Creek is blessed by Patty’s ministry and continues to blossom. Bray has learned to love her calling as Interim Pastor because it allows for her to do God’s work in renewing others. She described that she feels her work is like seeing a wilted flower come back to life.

In regard to her future, Patty has held fast to the truth that “[God] will take care of the future if I take care of surrender.” Two years ago, as she began to transition into a time after Heritage Church, God reminded her of Psalm 92:14a, “They will still bear fruit in old age.” Bray realized her future was still full of potential in the Lord. As she wrote in her prayer journal, she felt God telling her to rip out an empty page. She felt the Lord saying, “‘See this empty page?—That’s your future, you don’t know what’s on it, but I want you to give the page to me and let me write on it.’” Bray has been a testament to the endless possibilities that accompany surrendering to God and trusting His plan for the future.

In addition to her bachelor’s degree and ordination, Patty also received her Master of Arts degree from the Wesley Seminary at IWU. Revs. John and Patty Bray have two adult daughters: Heather Bray and Kari Jackson. They also have three beautiful grandchildren: Stella Jackson (7), Leo Jackson (3½), and Vivan Jackson (1).

Written by Mia Anderson, Blog and Social Media Manager, Storyteller for the Alumni Office. Mia is a Senior at IWU studying Strategic Communication with her concentration in Public Relations. She is the Vice President of IWU PRSSA and hopes to work at a PR agency in Indianapolis after graduation in December 2016. Mia loves hearing others’ stories and sharing them with the world. Visit Mia’s personal website at www.MiaLAnderson.weebly.com.

3 Replies to “Pastor of the Week (PotW): Patty Bray”