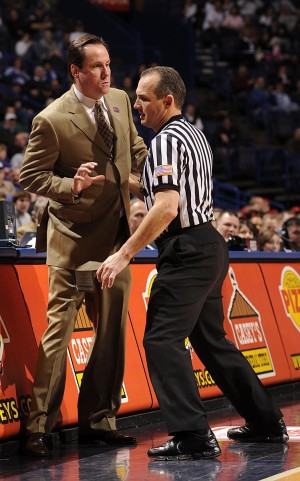 J.D. Collins’ love for the sport of basketball and ability to lead have allowed him to succeed in many aspects of his life. These characteristics have given Collins the opportunity to be placed in job positions that give him the chance to be seen by the public eye.

Collins earned his Associate’s degree from Tri-State (now, Trine) University. After graduating, he married his wife, Jenny, and they moved to Hartford City. Collins began a career at Hartford Concrete Products. While working, he went back to school at Indiana Wesleyan University (‘92) to complete a Bachelor’s degree in Business Administration. During this time, he served as a basketball referee for the NAIA and other smaller colleges. He said, “Refereeing taught me to make quick decisions and working at the company taught me to communicate with large groups of people efficiently.”

His time at Indiana Wesleyan gave him a faith platform with freedom to sharpen these skills, all for future benefit. Eventually, Collins began refereeing for Division I Men’s Basketball, and recently, he took the position of NCAA National Coordinator of Men’s Basketball Officiating. He said, “The job was my goal. It was what I had been working towards my entire career.”

While Collins has an impressive resume, his desire to lead others to know Christ is far more impressive. He said, “My priorities are 1.) God; 2.) Family; 3.) Business and 4.) Officiating. It is very difficult for me to discuss just one – they are all intermingled.” He believes strongly that life is about relations 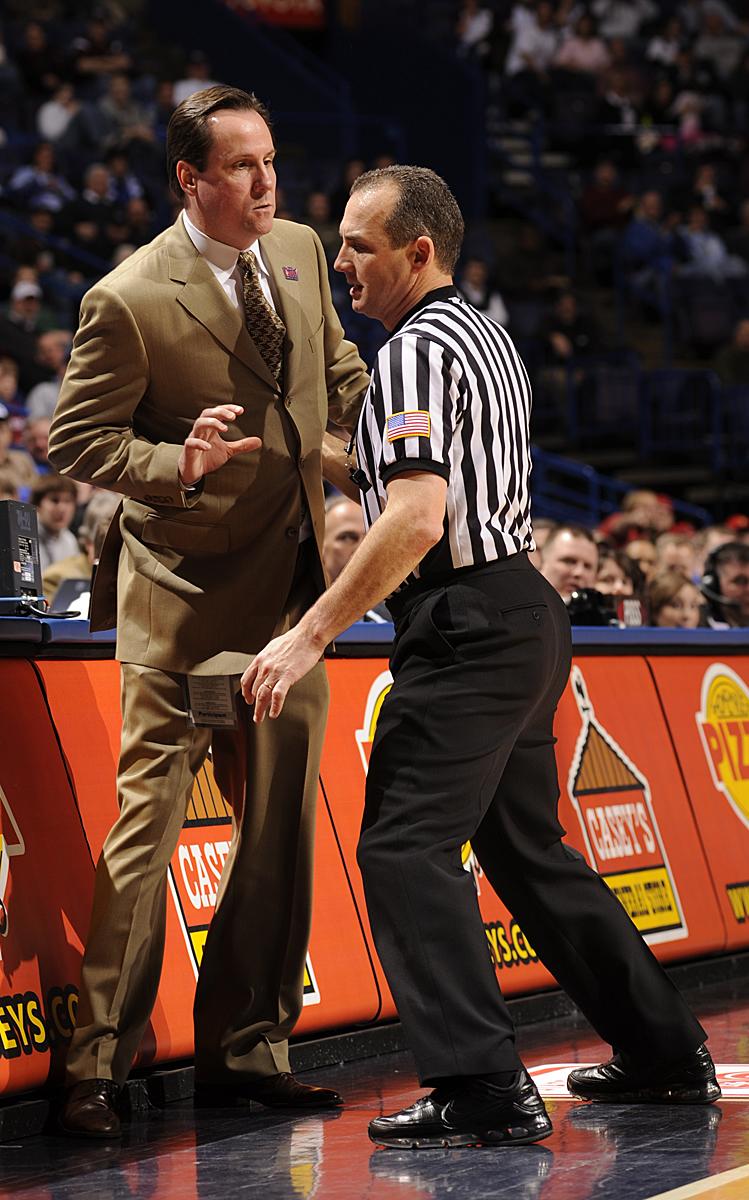 hips. Collins is constantly meeting new people, so he makes it a priority to care deeply for everyone. He said, “Officiating gives me the opportunity to teach biblical principles during many of my public speaking engagements.”

Collins told a story of a time in which he was on a business trip in New York over Easter weekend. He said,“I had the opportunity to take a coworker to church on Easter morning at Saint Patrick’s Cathedral in NYC.” Little did he realize, this coworker had not been to church in a long time and by his asking them, they were encouraged to return. Collins is positive that God is very present in his job and presenting him with opportunities to lead others to know Jesus.

Moments like the one in New York are examples of Collins purposeful service to the body of Christ. He says that he now has connections with coworkers in New York that desire to know more about Christ. He says he looks forward to seeing these coworkers continue to pursue a relationship with God. Collins’ work has the potential to influence multitudes of people.
J.D. Collins has worked hard to achieve his goals. However, he has never lost sight of his values and priorities. Collins’ “God first” mantra was never just a mentality. It was and continues to be his lifestyle. He exhibits daily the selfless love that draws others to know Christ, and by doing so, he touches the lives of everyone he comes in contact with.