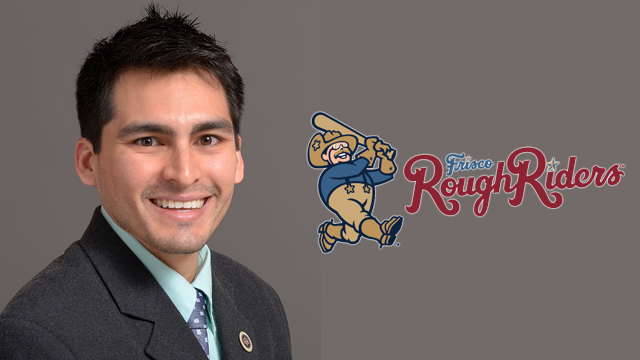 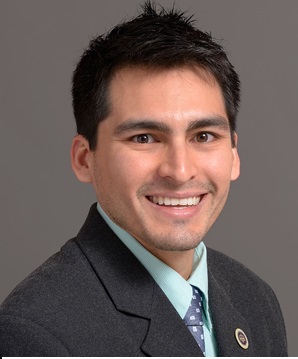 While many of Sam Torres’ friends attended State Colleges after graduation, Torres chose a different route. His youth pastor, an IWU graduate, encouraged Torres to attend IWU. With dreams of becoming a teacher, he believed IWU would be the perfect fit. Torres also recognized that he was yearning for spiritual nourishment. IWU provided him with the challenge he needed to grow in his faith.

During his time at IWU, Torres would say that it was the relationships that impacted him the most. He said, “Some of the fondest memories for me in my life are the four years of college. I still stay in touch with those people. They are relationships that will never end.” Torres believes that IWU has an endless network of graduates, and has by chance met some of them in places he would have never expected.

Torres’ father was in the Marine Corp. and always told Torres that the Marine Corp. was a close-knit community. They always have each other’s backs. “I am the same way, just on a non-military level, with my fellow classmates at IWU. I know their experience,” said Torres.

Not only was his spiritual life challenged, but his athletic life as well. Torres participated in Track and Field under coaches John Foss and Eric Jackson. “When I went back to visit last year, it was cool. I went out on the track. There was dew on the ground, fresh cut grass, and the smell of the track,” stated Torres. These are memories that live on in his mind when he remembers his years at IWU.

Coach John Foss said when remembering his time coaching Torres, “He grew a lot as an athlete during his time here. He was very talented and scored often for us. He has a heart for IWU, which makes him a great alum.” During Torres’ time at IWU, he switched from education to business administration, graduating with a Bachelor’s Degree in 2001.

Currently, Torres works as the Chief Sales Officer for the Frisco Roughriders in Texas. IWU’s emphasis on relationship allows him to do his job well. Coach Eric Jackson said, “He was always a very enthusiastic and dynamic athlete. I knew his business mindset and love for sports would eventually combine. He’s worked his way up the sports world, and he was the same way in track. People gravitated to him, so I knew he would succeed in whatever he chose to do.”

His career path before the Roughriders holds pretty impressive achievements. Torres has experience with launching teams to experience with opening a new Major League Stadium. He has worked for the Corpus Christi Sharks, Houston Dynamo, Rice University, and the University of Texas El Paso. “All the things I learned in my marketing classes, happened in real life for me. That is when I really felt like I was using my education,” said Torres.

In Torres’ job field, he uses a direct faith to life application. While the majority of the time, it is unknown to him whether or not fans will like his advertising ideas, he has faith that things will work out. He said, “As long as I know I have everyone’s best interests in mind, I know my fan base, and I know my products and business, I can take that step of faith in that direction.” Torres also believes that attending IWU was a leap of faith in itself. He does not believe he would have had the same college experience if he had not attended IWU.

Torres’ focus and intentionality with relationships helped him succeed during his time at IWU, making his four years some of the best of his life. This rare characteristic also allowed him to excel in the career path of his dreams.
For more details on Torres’ current job path, read: MILB News.