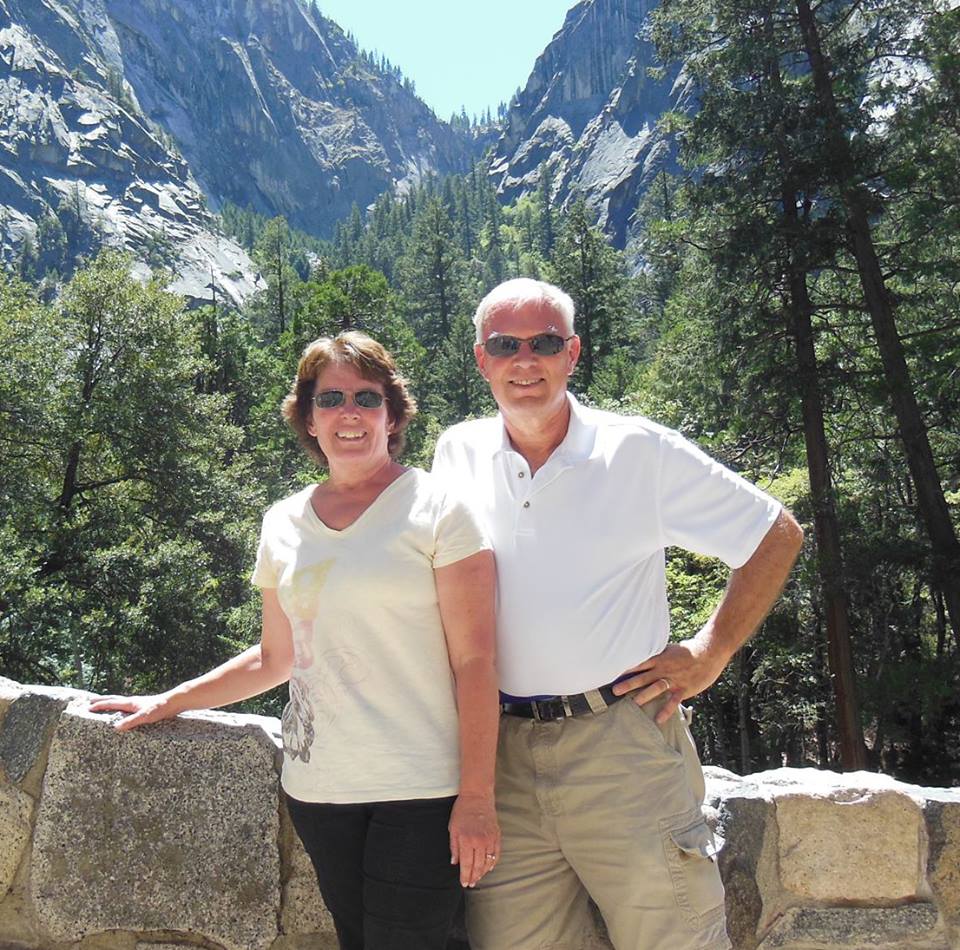 Michael Cloud attended Indiana Wesleyan University as a part time student over the course of several years, completing his M.A. in Religion.

Currently, Cloud is the lead pastor of The Cross Wesleyan Church, located in Rochester, Indiana.

While studying at IWU, Cloud said he really enjoyed Keith Drury’s class on discipling men. What Cloud learned in that class has stuck with him and has helped shape his life and heart as a pastor, a man and a husband.

“The class helped me understand myself as a man and how to relate to men so as to draw them closer to Jesus,” Cloud said. “Men struggle with understanding relationships and understanding women. We think and approach relationships much differently than women.  As I have discipled and counseled men, I have tried to help them grasp these differences so that they might relate to their wives and daughters in a godly way.”

Cloud has even applied this to how he raised his own sons by taking them out on a weekly basis for some alone time with their father.

Rick Carder, Director of Alumni and Church Engagement for IWU, said Cloud’s best qualities include his energy and his commitment toward serving the community regardless of the sacrifice or challenge he has to make.

When God reassured Cloud he was called to be a pastor it was through a friendship with a young man who had struggled with drugs, alcohol, and abandonment from his father.

Cloud said he spent time with this young man and never questioned why he smoked or drank, but instead lived life alongside him, and poured love into his life. Eventually, this young man opened up to Cloud, telling him there was a time he was considering suicide when a girl literally walked into his life and prevented it from happening.

“He told me, ‘I knew I could tell you because you have never judged me.’ He opened up and talked about his many struggles in his life,” Cloud said. “God began to bring his healing love into Alex’s life. Today, Alex is happily married and going to church and living a clean life.”

It was through this interaction and friendship God reassured Cloud that he was where he was supposed to be.

“This happened after I had gone through a difficult time in my ministry and almost left the church as a pastor,” Cloud said. “God was reassuring me that I was doing what I should be doing.”

Cloud said that he loves what he does as pastor. He enjoys caring for people and serving the Lord. Even still, there have been difficult times he has had to walk through as a pastor.

The biggest thing that causes Cloud’s heart to break is Christians causing other Christians pain.

“I have witnessed the critical, judgmental and negative attitudes of many of those who call themselves followers of Jesus,” Cloud said. “My heart breaks over the wounds that I have witnessed Christians causing other Christians.”

Cloud said he has even been on the receiving end of personal attacks from fellow Christians. For instance, there was a time an anonymous letter was sent to his congregation questioning his ability to pastor and lead a church. He said he had to learn how to give grace and love in the midst of the situation, and not only lead his church through it, but his wife and sons through it as well.

As for what Cloud hopes he is able to do through his ministry, he wants these personal attacks between Christians to diminish.

“I pray that I can build love and grace into the lives of Jesus’ followers so that they can stop attacking those they disagree with, and live a life that walks out the character and nature of Jesus,” Cloud said. “I believe that this is how we can draw others to God. We must model what we teach, preach and say we believe.”

The Cross Wesleyan Church has only been up and running for seven years, but is already very involved in ministering to the community.

“Pastor Mike is serving an economically challenged community, and his ministry has seen significant impact in the needs of people in the community,” Carder said.

The Cross has a food pantry which is able to assist 600 families a month, as well as provide food for 14 other food pantries in the community. In addition to this, the church is able to provide groceries for more than 4,000 individuals each month.

“The church also reaches out to our community in a variety of others ways,” Cloud said. “One example is that we host a city wide Easter Egg hunt at the local high school in which the gospel is presented to the families of the over 400 children who come.”

As for advice Cloud would give to current Indiana Wesleyan students, he said it’s important to build a growing relationship with Jesus.