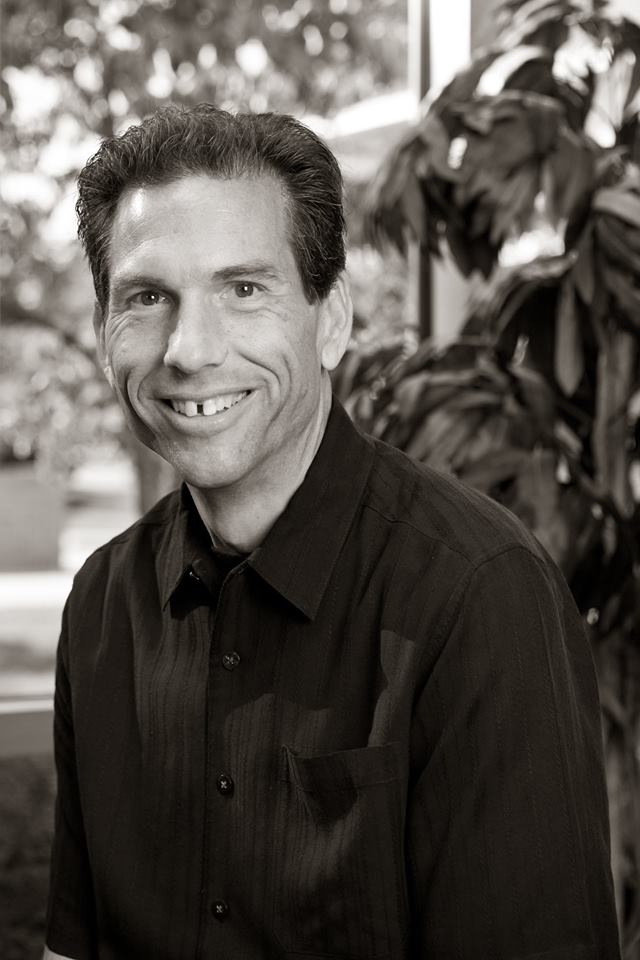 On top of studying at IWU, Conrad is also the District Superintendent for the West Michigan District of the Wesleyan Church.

While studying at IWU, Conrad said he has been influenced by wonderful professors. His MA program was directed by Dr. Bob Whitesell, who Conrad said has written many books and highly enjoys interacting with students about their ministry experiences.

Conrad said he has also enjoyed the professors he has had during his current DOL program. This includes Patricia Johnson, Dr. Vern Ludden, Dr. Boyd Johnson, and Dr. Tim Beuthin.

“Each professor has a wonderful commitment to learning and to do so from a perspective of a life that is in full pursuit of Jesus. That’s a great combination!” Conrad said.

For Conrad, life spent ministering to churches has been a call he has always felt. He first felt a call to ministry at the young age of five, and God continued to confirm this calling the rest of his life.

“When I was 12, I had a renewed sense that this was what I was going to be doing with my life, and when I was 16 I went public with that decision at a Wesleyan Youth Convention in Urbana, Illinois, in 1980,” Conrad said. “I was blessed to grow up in an incredibly healthy family and church in Southern California, both of which afforded me opportunities to ‘get my feet wet’ in ministry from early on– something I was incredibly grateful for.”

An example of a confirmation to his call to ministry was when he and his wife Mary launched a church they had planted in Spearfish South Dakota. Conrad said 130 people showed up for the first service, and the church continued to grow and prosper after that.

“That’s when I knew deep in my soul ‘I was made for this,’” Conrad said.

Though Conrad considers each ministry he has been a part of a blessing, difficulties and obstacles inevitably present challenges along the way.

After planting another church in Madison, Wisconsin, the church never reached a high attendance rate. Conrad said they had done everything they could to get the church lifted off the ground to grow, but it simply did not get there.

“Yes, people came to Christ. Yes, good ministry took place. But to never break the 100 barrier in average attendance after six years of putting our heart and soul into the venture, when our first church broke the 100 barrier on the very first Sunday… that was discouraging!” Conrad said.

“Eventually, after 13 years, my wife did some research on international adoption.  At the time, Ukraine seemed like the best choice because you could adopt multiple children (sibling groups) at the same time.  Usually the process took about six months,” Conrad said. “For reasons out of our control, ours took three years.  Three years doesn’t sound like a long time, except when it is stacked on top of a previous wait of 13.”

At the end of 2006, Conrad and his wife were able to bring their two new Ukrainian daughters home to the United States after a long adoption process, praising God for his faithfulness.

“In it all, both on the ministry side and the personal side, God has been faithful – to Him be all the glory!” Conrad said.

With his job working for the West Michigan District of the Wesleyan Church, Conrad considers those he works with to be some of the world’s best leaders.

“I am blessed to serve some of the most outstanding leaders and pastors in the entire world.  When I think of the stellar team of individuals God has blessed us with, as together we attempt to reach the one million plus individuals who have yet to come to a relationship with Christ in West Michigan, I am simply blown away,” Conrad said.

Conrad said they have pastors doing work in inner-cities, as well as leaders working hard in the suburbs. On top of that, they also have pastors and leaders in the process of planting more churches.

“Each of these leaders and those who serve shoulder-to-shoulder with them in our District care deeply about bringing people to Jesus, developing themselves and those around them as leaders and are committed to leading from a well-ordered soul,” Conrad said. “My job is simply to resource them the very best we can, to cheer them on, and to help them raise up the next generation who will join with them in Kingdom advancement.”

Rick Carder, Director of Alumni and Church Engagement for IWU, said Conrad is a leader in church growth and development, and continues to make a difference through his service.

“Through his role with the West Michigan District of the Wesleyan Church, he has given positive and influential leadership to his pastors he is charged with leading,” Carder said. “I have personally seen how he makes every effort to guide and provide helpful advice through his servant’s heart. He is an enthusiastic & passionate leader that never grows tired of helping his team develop personally and pastorally.”

Since starting his PhD program at IWU, Conrad said he feels as though he is keeping up with two full time jobs–serving pastors and leaders of his district, and the job of being a student. In addition to those two jobs, he said he remains dedicated to his relationship with Christ, his marriage, and his daughters. Through becoming dedicated in so many different directions, Conrad said he began to realize he needed to give something up. For him, this meant cutting back on something he loved to do.

“In 2000, I ran my first marathon and since then I’ve run a total of 25 more.  Typically I run a couple of them a year. Running is how I unwind and get refreshed,” Conrad said. “I recognized that multiple marathons each year might not be possible while pursuing my PhD.  So, instead of running 6-8 miles at time, I have to settle for 3-5 miles, and on ‘special days’ I might get a six-miler in, but that’s rare.  I’ve had to learn to be satisfied with this new balance.”

That being said, Conrad’s advice to other current IWU students is to realize and accept that we cannot have it all. Conrad said life is about choices, meaning we have to choose what is the most important, and what may be less important.

“Sometimes this takes discernment from the Holy Spirit about what to cut out of our lives. It might even mean talking to a friend or two who can help us discern what God is saying to us about this,” Conrad said.

Lastly, Conrad also expressed his love for education. He said all education points us to God, and we can find him in every part of our studies.

“When we sit down to study, before we start writing our paper or reading our text book, how about saying a prayer and inviting the Holy Spirit into the teaching process?  We don’t have to live divided lives. He actually cares about every aspect of our lives, so why not invite Him into our studies with us?”

One Reply to “Pastor of the Week: Chris Conrad”