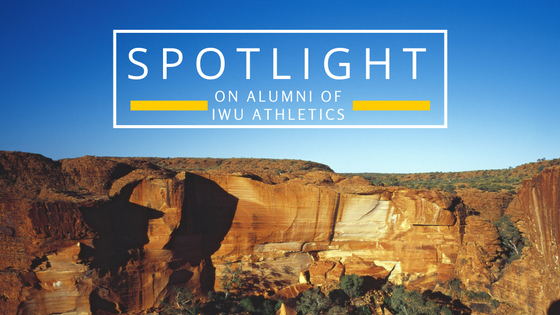 As another series wraps up, be sure to review the five athletic alumni who have shared their journeys with the IWU community over the last few months.

Ethan Whaley and Jonny Marlin are both Indiana Wesleyan Alumni that, since their graduation, returned to IWU to work with the men’s basketball team. Coaching was something both Marlin and Whaley wanted to pursue after college, and they believe it has provided them with lessons to better their spiritual life and their marriages.

Recently, though, Langs and his family have moved to Marion, Indiana, as Langs takes on the rewarding challenge of being IWU’s first head football coach. When asked what his goals were for IWU Football’s first season and the busy moments leading up to season, he stated, “Our first goal is to accurately reflect the mission of this school. Of course, we want to win football games. That will be a goal when we get on the field. However, we never want to sacrifice the identity that this campus’ mission gives us.”

Although Foss questioned whether his academic experience at Marion College would be useful post graduation, he mentioned that all of his educational experiences here have helped shape his life. Currently, Foss holds the position of head Cross Country coach and recently retired from holding the head Track and Field coach position. He has played a key part in the spiritual and athletic development of hundreds of athletes throughout his years here.

Upon graduation, Jackson applied for a position in Admissions at IWU and received the job. He worked in Admissions and began coaching the IWU Cross Country and Track teams alongside his former coach, John Foss. Jackson believes that God has been continuously teaching him to trust the will God has for his life. “He has been teaching me to let go of control and that His plans for my life are better than what I can come up with myself,” Jackson said.

As I entered Evelyn Waymire’s office, I saw her and Gabby Bogear sitting at her desk, eyes focused on the IWU Softball Team’s twitter feed. The feed was showing updated plays and scores from the team’s game that was happening in Michigan at the moment. This is just one example of the passion that these two ladies have for the IWU Women’s Softball Team.