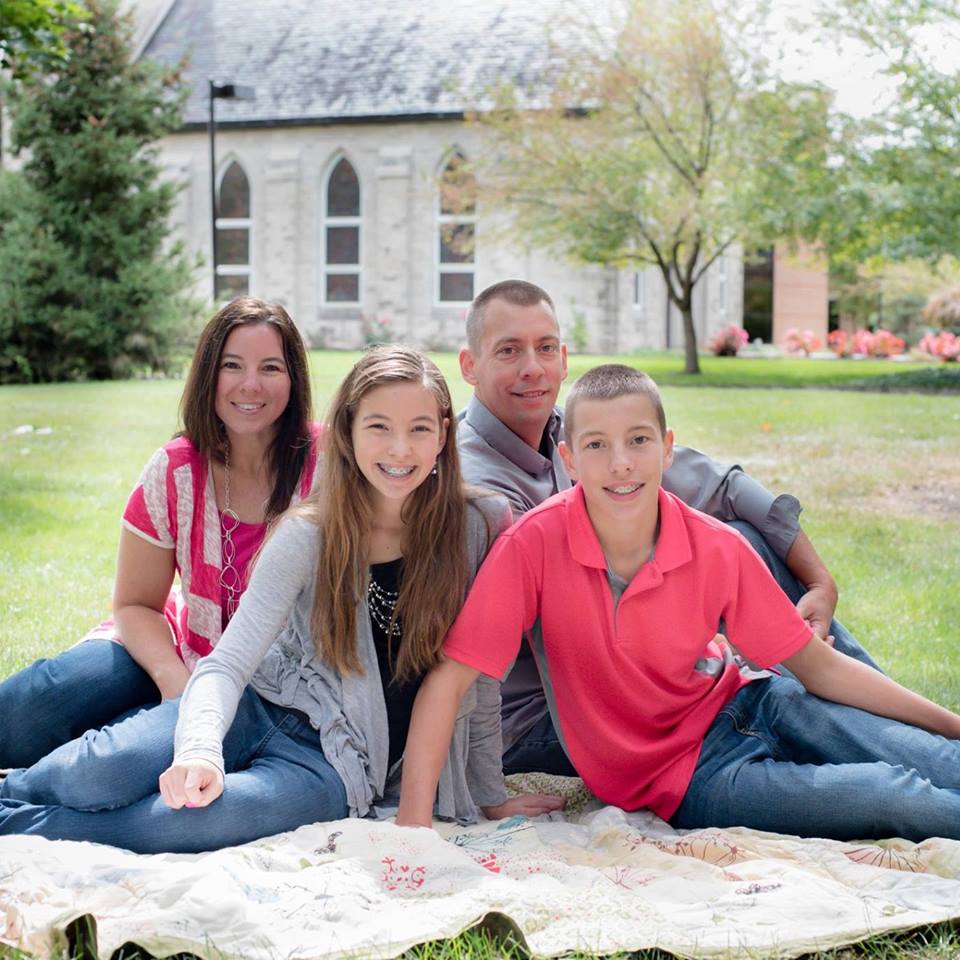 Jeff Luedtke is the Lead Pastor at Fairmount Wesleyan Church in Fairmount, Indiana. He is a 1996 Indiana Wesleyan graduate with a bachelor’s degree in Christian Ministries, and a 2008 graduate with a master’s degree in Ministry with a Leadership emphasis. He stated, “My time at Indiana Wesleyan influenced everything about my future. I went to a Wesleyan church growing up, so I knew of Indiana Wesleyan.” Luedtke had planned to attend Taylor University, but while visiting a good friend and Taylor student, he went golfing. While Luedtke was golfing, he ended up meeting the IWU Men’s Golf Coach and gained the opportunity to walk on to the IWU team.

Luedtke did not just gain an athletic opportunity during his time at IWU, but he also met his wife on campus and had a confirmation of his calling to ministry. He said, “I learned the growth process of understanding life, and my close friends now come from college. Indiana Wesleyan has formed me in more ways than one – not just educationally, but with friendships, jobs, with everything.”

Although Luedtke’s place in ministry was unknown when he entered IWU, he believes he gained clarity. He stated, “I never saw myself as a senior pastor, but I always knew I wanted to be in the church. As a high schooler, I taught Sunday school classes. I was also on the church board.” Being in church was natural for him, and many people he knew confirmed his call. At first, Luedtke wanted to pursue Pastoral Counseling, but then realized that full-time ministry includes an element of counseling. Luedtke said that his confirmation to full-time ministry comes in a sense of a peace. He said, “It is more just a peace that I am where God wants me and how God is working. He equipped me through even the death of my mother in college. I had a confirmation that ministry was where I was supposed to be.”

Fairmount Wesleyan Church is very rich in tradition. The church is 154 years old and has never been relocated. Although it has burned down twice, it has been rebuilt in the same location each time. Luedtke said, “Over the last five years, there has been a focus on reaching out.” Fairmount Wesleyan Church has almost doubled in size the last five years. Luedtke stated, “People in the community are watching us because we have become so active and engaging in the community. During our outreach program, we wear bright orange shirts, and people recognize us. When you see a crowd of orange shirts, you can identify that it is the church.”

A couple of years ago, Luedtke read the book, The Forgotten Ways: Reactivating the Missional Church by Alan Hirsch. He was greatly influenced by a part of the book that stated that only 40% of a community will ever enter through the doors of the church. He said, “As a pastor, that really started to pull at my heart. I shared that with our board, our staff, and our leadership. We started praying, ‘What does that mean?’” After a year of praying and planning, the thought appeared to create a space off the campus of the church where ministry can happen. Finally, the board rested on a coffee shop and community center.

Downtown Fairmount now holds The Branch coffee shop. The building has been remodeled to hold the coffee shop on the first level and a community center on the second level. Luedtke said, “This will create an opportunity to engage our community.” The community center will provide classes and will also be available for community meetings to take place. The space could also hold a third church service, and lastly, may hold a mentoring program with elementary students. Luedtke stated, “It was a crazy idea. I just had to keep praying, ‘God, this has to be you.’ This is not how you normally do church. I had a lot of fears that I had to get through and God had to help me through, and then I had to help others.”

Now that The Branch has opened, Luedtke said that the community’s response has been outstanding. The Branch is always in need of volunteers. Luedtke said, “We are having fun, and we are seeing some God stories start to develop already.” He mentioned that the way God has provided for this project in the past couple of years has far outweighed the struggle. Even some of Fairmount Wesleyan’s sermon series the past year have seemed to fit the church’s place in this journey perfectly. Luedtke said, “We did a series on Joshua and taking new territory. It was about trusting God, going into battle, and how crazy marching around Jericho was. We know the story, but when you actually stop and put yourself in there, it makes no sense.” He shared that only with God does that command make sense, and it is the same with the plans they have for The Branch and the Fairmount community. 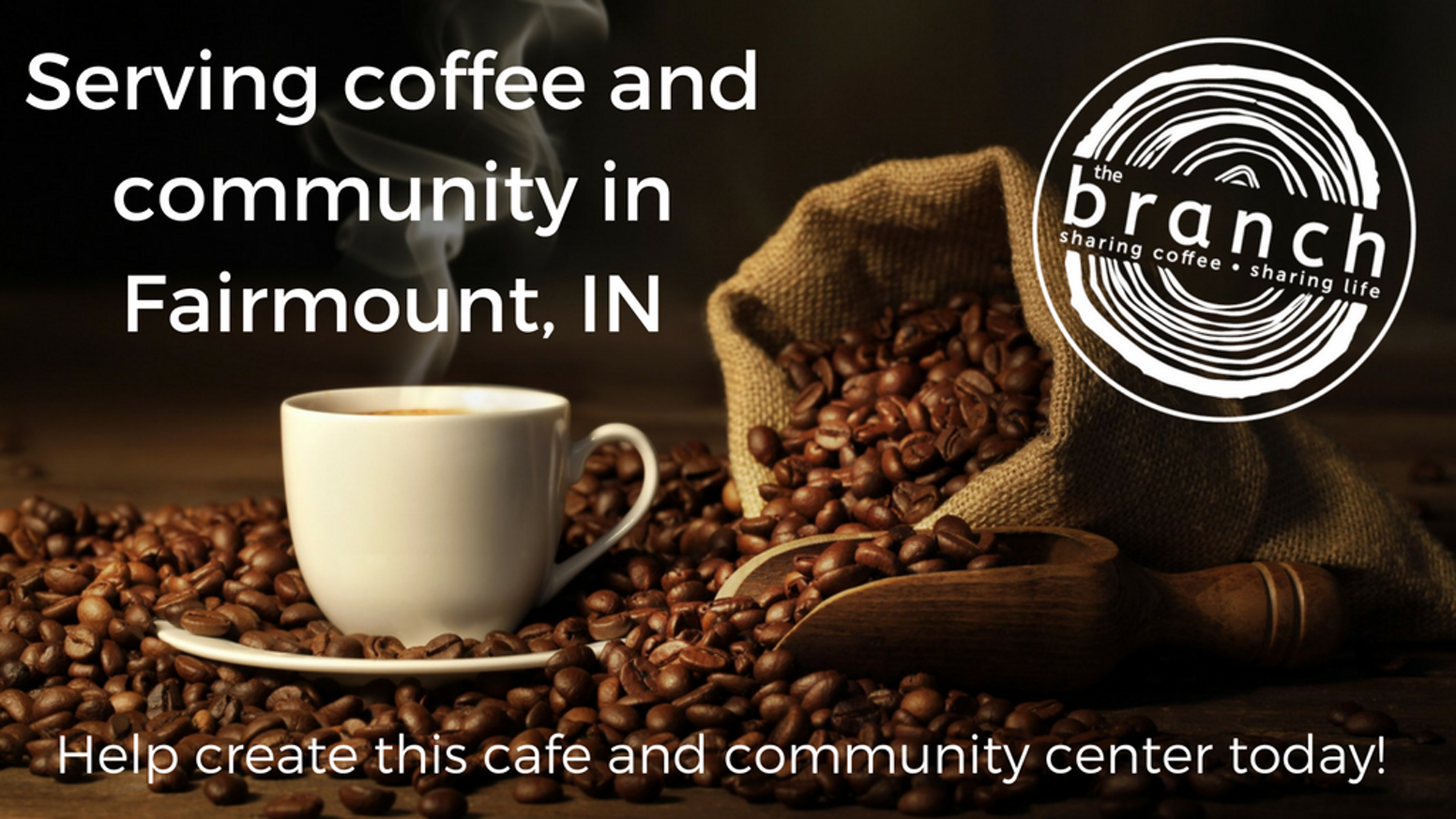 Luedtke said that his wife, Amy, who is an Adjunct Professor in the Psychology Department at IWU, and their two children have been extremely supportive during this period of growth. He stated, “I am definitely blessed with my family. It is awesome to have a spouse who supports me in ministry, who is my partner in ministry and even helps with The Branch.” Luedtke’s wife and children volunteer daily at the coffee shop.

Finally, Luedtke encouraged IWU students to bask in the opportunity around them. He stated, “Be faithful in following after God. If God is not leading, do not do it. Keep your eyes fixed on him. We see this throughout Scripture, and we can see it in our own lives – that when we take our eyes off Jesus, we get in trouble.” Luedtke believes a prime example of following God’s will is The Branch. “Before I preach, it really is my heartbeat that The Lord hides me behind the cross and let the words I share be his, not mine,” he said.

The Branch is located at 108 S. Main St. in Fairmount, Indiana. You can learn more about what is happening at The Branch here. To donate to The Branch visit here.