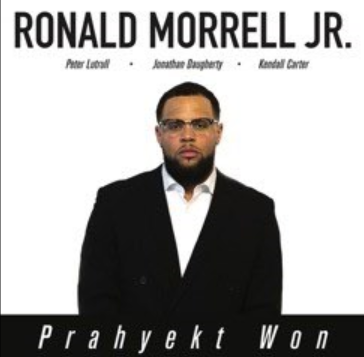 Ronald Morrell graduated from Indiana Wesleyan University (IWU) in 2017 with a degree in applied percussion. Morrell attended IWU because he wanted to study music with a faith based curriculum and faculty. He said, “I was a part of seven different musical ensembles that gave me the chance to travel the mid-west weekly… I developed a knowledge of what it means to serve God first above all else.”

Now, Morrell is the Worship Arts Director at Hanfield United Methodist Church in Marion, Indiana. He is also a jazz musician who travels and plays around the country. He just released his debut album, “Prahyekt Won.”

He said, “My time at IWU made me who I am today. I always knew I wanted to do music, but IWU prepared me for the ministry aspect of it. Being a great musician isn’t enough. I was encouraged to use my gift to reach souls and change the world.”

Morrell said that his spiritual life is a direct reflection of his career. “Being a worship leader, I am in front of people each week with the sole purpose to draw people to Jesus. If my spiritual life isn’t lined up, it will show,” he said. “Also, being a jazz musician, I’m not always in the best of places. So, I have to let my light shine regardless of where I am at or who I’m around.”

Some fun facts about Morrell include that he didn’t know anything about music until attending IWU. In November, he and his wife, Arianna, will be having their first child. Although jazz is his favorite kind of music to play, he enjoys listening to country music.

Morrell encourages current IWU students to “be versatile and learn from every situation,” he said. “I never planned on becoming a worship leader, but because I tried my best to learn from everyone around me, I was able to get things from those who were planning to go into that field. God opened a door and now that is what I do… When you graduate from IWU, you realize that the world is big, but it is important to remember that God is bigger.”

Curious as to why his new album is titled Prahyekt Won? Well the inside cover of the album holds the answer: God can turn a life changing mistake into a life changing testimony. Just like it was yesterday, I can remember turning in my first assignment for arranging class in the Master’s program. After handing it in, I was quickly made aware that I had made a mistake on the paper. My assignment was removed from the pile and posted on the projector for the class to see. In explicit choice words, the professor made it clear to me that I was unworthy to be a grad student. This would be the final straw for me in my decision to leave grad school. At the time, I felt that my life and dreams had been crushed because I thought I had my future all planned out. Later that night God spoke to me and said “You Won.” I immediately told my wife that I’m doing an album called, “Prahyekt Won.” Due to the professors accent the assignment titled, “Project One,” sounded like, “Prahyekt Won.” God turned one of the worst experiences of my life around for good (Genesis 50:20). This is a true testimony that all things work together for the good for those of us who love the Lord. Whenever you are experiencing a situation that seems unbearable and puts you down to your lowest I hope that you remember and listen to, “Prahyekt Won.”