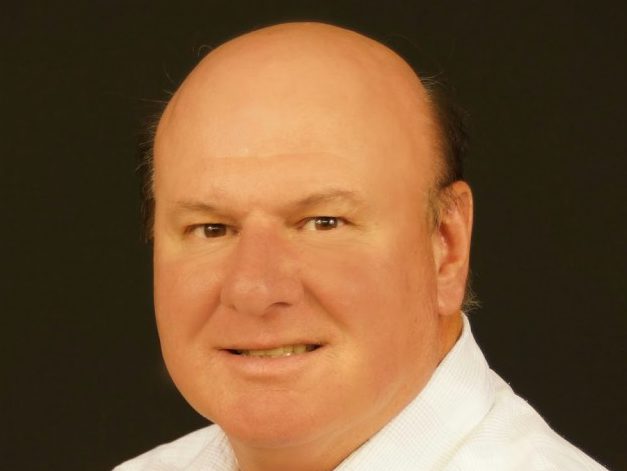 Jim Steven Sonnefield is the Assistant Pastor and oversees Adult Ministries at Lakeview Wesleyan Church in Marion, Indiana. He graduated from Indiana Wesleyan University with a masters degree in Christian Leadership in 2011, after previously receiving his undergraduate degrees in Education from Indiana State University and Ball State University.

When asked about his transition from education, where he spent 28 years teaching middle school and 7 teaching high school, into full time ministry, Sonnefield said, “After many years of teaching in Marion, I realized that there was more that I wanted to do with people than being in the classroom and coaching athletes. I wanted to spend more time getting to know people and to share in their spiritual journey.” This desire lead him to begin this new journey of earning his masters degree at age 53. Early on he recalls struggling with confidence, being that he was around 25 years older than the next oldest men in the program. But with each class, he grew in his assurance, as he begun feeling more in step with those who were already in full-time ministry.

His time at IWU was very special. Sonnefield greatly enjoyed getting to know and learn from Dr. Ken Schenck, Dr. Todd Guy, Dr. Eddie Shigley and Dr. Jim Vermilya. While he enjoyed everything he learned, he valued the communal aspect of IWU and definitely enjoyed his on-sight classes more that his online classes. He said that many of the peers he studied alongside during his courses are still his friends and colleagues today.

From his early teen years, Sonnefield was always involved somehow in ministry. He has always felt it was a calling on his life, but it became especially evident in the last ten years of his time working in public school education. This transition, then, was a natural step forward in faith, one that he always felt the call towards, that he accepted at the right time.

There have been challenges though, in taking on a life of pastor-ship and full-time ministry. As someone who values connection, Sonnefield has found the time constraints that come with helping shepherd a church body to be taxing. He has to very intentional to find time to connect with other congregants and accept that he cannot possibly know everyone as well as he would like to. He said cultivating relationships takes time and is all about building trust and becoming involved in their spiritual lives.

Sonnefield has found a lot of freedom in knowing that things take time and that while he cannot intimately know everyone, he can give them opportunities to get involved and he can continue to share with them as a Body. Over the last five years, he’s found finding a balance between ministry and family life to be challenging as well, especially early on when he was still coaching and teaching full-time as well. When his wife, Sue, retired from her teaching position, she became an integral part of managing his pastoral duties. He said, “She is a tremendous help in what I do each week.”

Lakeview Wesleyan Church has around 600 congregants, 400 of them being full members. Uniquely, the church has a counseling center comprised of nine licensed counselors. They also have a large children’s program, K-12 school and preschool within the church, and almost 75 employees on the church staff overall. They have also sent out several missionaries who serve around the globe.

Sonnefield said that his two favorite verses are Proverbs 27:17, which reads “As iron sharpens iron, so one person sharpens another,” and Proverbs 17:17, “A friend loves at all time, and a brother is born for a time of adversity.” He loves the communal emphasis both verses bring to the forefront of the readers mind.

His wisdom to current IWU students is, “Step out, take some risks, push yourself to do things you never thought you could ever do. You are on a wonderful journey, a process that will transform you, and God has given you everything you need to serve Him and others.”

One Reply to “Pastor of the Week: Jim Sonnefield”