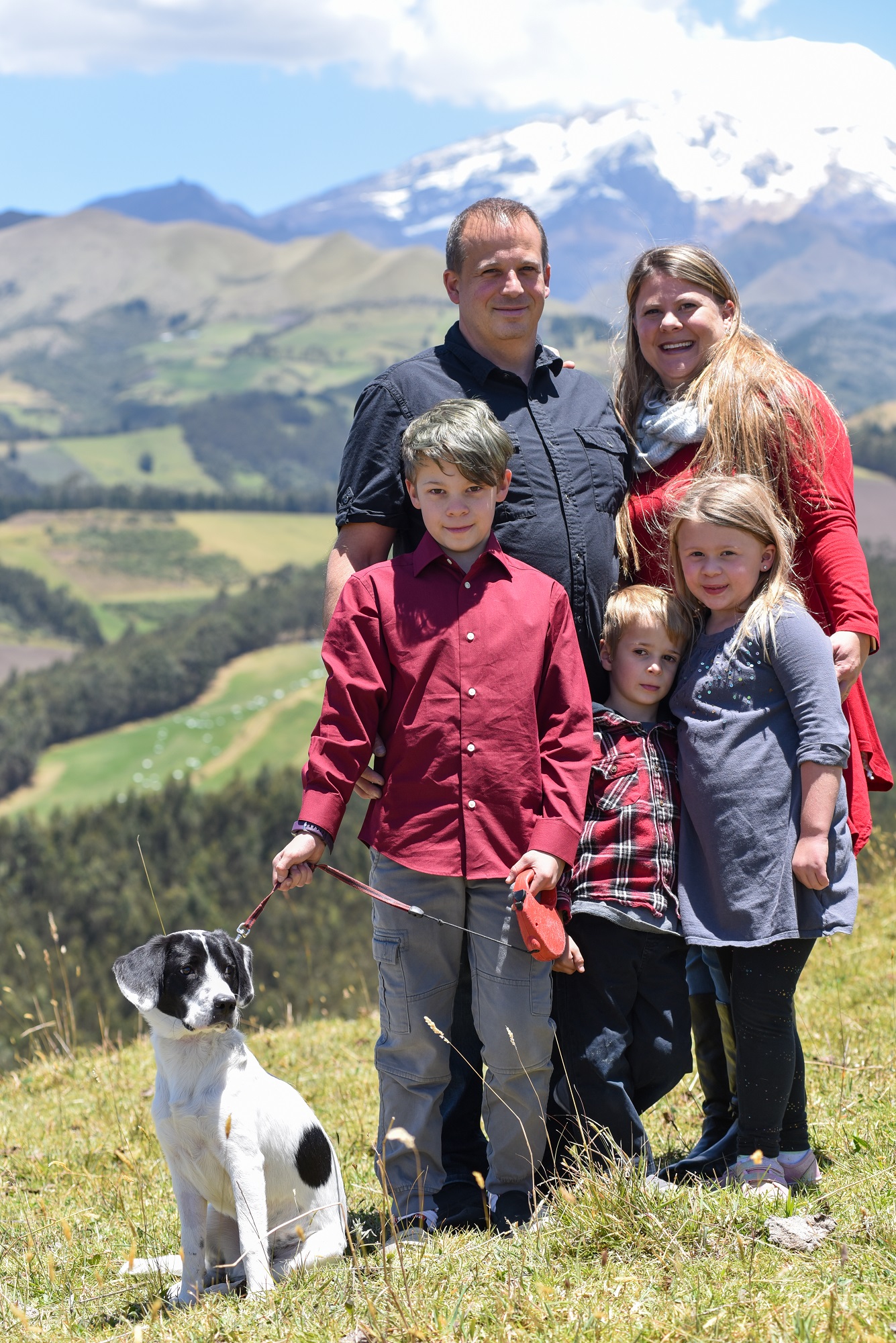 During a chapel service one day at IWU, Joel Delp began to hear the LORD calling him, beckoning him into ministry. At the time, he was a computer science and mathematics double major, but this calling prompted him to switch his second major to psychology and add a minor in Christian ministries.

Kim Delp, by contrast, has felt a strong call to missionary work ever since she was ten years old. To facilitate this calling, she became a nurse and then a Nurse Practitioner. After she and Joel went on a mission trip together, they started sensing their two callings merging into one and they realized they were being called into mission work together as husband and wife.

After being married by Jim Lo, the couple moved to Chicago where they quickly became involved in their local church’s mission trips to Ecuador. Their relationships with the people and churches in Ecuador began to deepen, and it became clear that God had been in Ecuador preparing a way for a partnership between the Delps and Ecuadorian leadership long before the Delps arrived. These mission trips, and the relationships they built through them, became the genesis of The Santiago Partnership. The Santiago Partnership is an Ecuadorian-led project that, among other things, aims to provide healthcare to medically underserved communities through a medical clinic and to serve at-risk children and their families through a home for vulnerable children. The project partners with the local and national church and hopes to continue to serve together in partnership with Ecuadorian indigenous leadership.

When Joel and Kim first moved to Ecuador in 2010, there were some frustrating language and cultural barriers. However, as the Delps acclimated to their surroundings and allowed the local people to lead the project, the amazing growth they began to see in their ministry encouraged them and allowed them to become excited about their future. Although the culture they were raised in taught them that they needed to have everything in order, Ecuadorian leadership led “con fe” or “with faith” that God would provide, and did He ever! The clinic has seen over 20,000 patients in 5 years and the home has reunified 26 children with their families.

Today the Delps remain in Ecuador raising their three children, two of whom were born in Ecuador and possess dual citizenship, while their first child was three months old when they moved to Ecuador. They are eager to see what God will do next in their project, one of their goals being to get the project totally self-sustainable without any need for foreign aid.

Moving their young family to Ecuador was a big step of faith for the Delps, but God has used their obedience to accomplish amazing things in their community, and there is every reason to believe that He will continue to use the Delps as his instrument to improve their corner of the globe.