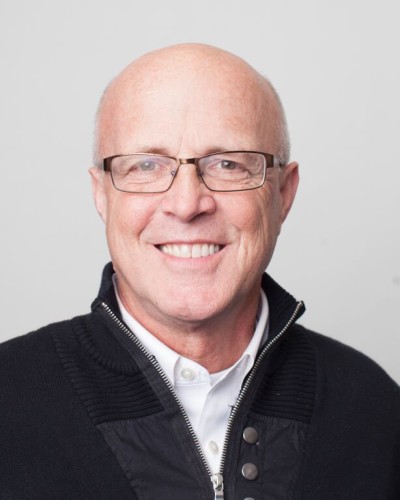 Bray knew before attending college that he had a call to ministry; however, he ran from God and from the calling during his first few years at school. Being a pastor was not a job Bray envisioned himself doing and his first few years studying were not very spiritual. However, eventually Bray accepted the call and began doing well in school. He met his wife Patty Bray (’73), graduated from the college and immediately began pastoring at Heritage Wesleyan Church, which has since changed its name to Heritage Church.

John’s first few years as a pastor were not easy, “For the first seven years it was just slow going. I begged God to let me do something besides being a pastor.” Bray realized that although he had a nonconformist personality, he was pastoring Heritage Church within the limits of the congregation’s expectation. He took a step back, reevaluated and began pastoring in his own nonconformist, outgoing and funny leadership style he had longed for. Bray’s change altered his life and the life of the church. He began to develop a new passion for Heritage and for his congregation, which is something he had not experienced up to this time. The church grew from about 200 members when Bray began, to over 3,000 members when he left.

Bray left Heritage church in 2014, after spending 41 years pastoring the church; however, he continues to work closely with the church still today. It was not easy for Bray or his wife to leave the church they had spent so much of their lives at, but Bray knew it was time to let someone else take over.

Bray is enjoying his new position and has great plans for the future, “Indiana Wesleyan is a great place with great students. It’s ironic that I’m dean of the chapel because I had trouble going to chapel. I realize that anything you do three days a week, no matter how well executed, can get a little boring. Some chapels will always be better than others, but I want to bring a new spirit of freshness and creativity to chapel. You can’t do it every chapel, but I would love to see one chapel a week surprise people with its creativity.”

When Bray was a student he never enjoyed chapel, and he believes that the goal of his job is to draw students’ attention, allowing them to have a better experience than he did. Bray has been in the seats that the students currently sit in. He knows how they feel, “It’s real easy for students to come in and sit down and open a book. I believe that it’s my job to get them to close the book. When I speak I’d love to do something in the first few minutes to have them want to pay attention. If it’s boring, I don’t care how sound the theology is, people quit paying attention. I want to be creative, practical and make it applicable for life.”

Written by Dezaray Barr, Writer for the Alumni Office. Dezaray is a Freshman Strategic Communication and Honors Humanities double major at Indiana Wesleyan University in the John Wesley Honors College. At IWU Dezaray is involved in PRSSA leadership and runs both the JWHC Blog and her own blog. Visit Dez’s blog and portfolio at www.dezaraybarr.weebly.com.