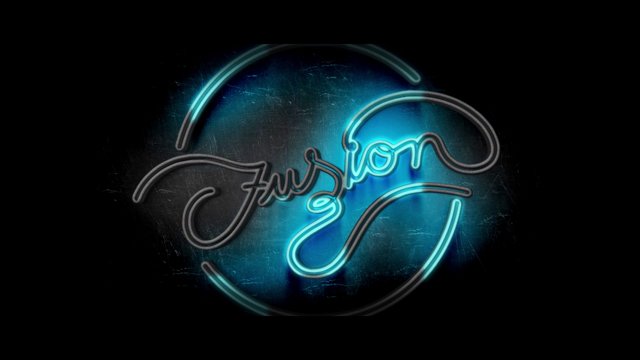 Currently, Marion’s billboards advertise a performance by Christian rapper, Lecrae. The concert is only one part of Fusion, an annual youth conference hosted by IWU to give high school students a taste of campus life.

IWU Director of Events, Roger Alcock, says Fusion 2015 promises to be one of the biggest. Over 1,000 youth and their sponsors are expected to attend, with 3,800 guests for the concert. Registration numbers have more than tripled from last year. Groups are coming from as far away as California and Ontario.

Roger has been working on Fusion for over twenty years. As an IWU student, the ’92 alum met Tom Sloan, who headed up the event at the time. Post-graduation, Roger returned to IWU and continued his involvement in Fusion.

Over the years, the event has changed. When it began in 1973, it was a generic high school youth conference of 200-400 students, lasting Thursday-Saturday. It was rebranded as Fusion in 2007 and now reaches over 1,000 students. The schedule has also changed: Fusion is now only on Friday night and Saturday. 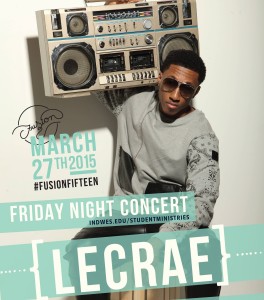 After rebranding Fusion, leaders focused on establishing relationships with youth pastors and featuring more big-name performers. Recently, the Brandon Grissom Band, Switchfoot, and David Crowder have performed in IWU’s chapel. Roger says the chapel is another change – previously, Marion High School hosted the concerts because IWU’s facilities were too small.

Despite all the changes, Fusion’s core remains the same. The rallies, worship, and Scripture-based sermons are still the primary components. Fusion’s tradition also includes youth staying overnight with IWU students, an arrangement facilitated by admissions workers such as Evelyn Waymire and student leaders.

Roger, who assists with logistics and marketing, explains, “[I am] more of a support role for the students.” He loves seeing student leaders grow: “It’s a chance for them to put into practice the things they’re learning in the classroom. They put their heart and soul in it. To see all their hard work pay off is great.”

Fusion is a family affair for the Alcocks. Roger’s brother, ‘89 alum Charlie Alcock, is the Director of Student Ministries and works closely with Fusion’s student leaders and performing artists. Before working at IWU, Charlie served as a youth pastor and brought his students to Fusion.

The brothers and the rest of the team enjoy seeing their efforts pay off year after year. Roger says, “IWU has grown so much. A lot has changed … Fusion is an anchor point. It links us from one generation to the next.” He loves seeing high schoolers participate in one of IWU’s traditions: “The reason we’re here is to be focused on Christ … Fusion really reinforces that concept of who we are [for visitors].”

Roger hopes Fusion will remain a point of connection for high school youth, IWU students, and alumni. To see what’s in store for Fusion this year, check out the Fusion Vimeo.

Written by Megan Emily. Megan is a senior English and Writing major and a member of the John Wesley Honors College. She operates Earthworms Blog, which focuses on finding hope.