Although homecoming is still several months away, Lauren Shaw, Young Alumni and Assistant Director of Student Activities Council, as well as other members of the planning committee, are hard at work to create a homecoming experience that emphasizes the importance of community within IWU as well as in the surrounding community.  Shaw, a ’14 alumni from IWU, recalls fondly her experiences with homecoming as a student. 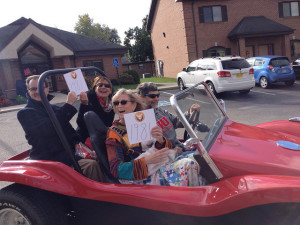 “I loved the parade;” she stated, “There were always so many floats, and we would all travel downtown for a huge party that integrated the community of Marion with IWU so well.”  This year, the homecoming planning committee is working to enhance that sense of community by re-routing the parade. Instead of ending the parade downtown, Shaw explained that the committee plans are to conclude the route at the soccer fields where the men’s and women’s teams have games that day. The parade will end at a large cookout as well as the Kid Zone; an area where people can mingle and have a chance to reconnect with friends. Shaw explains that the homecoming committee hopes this will help create a more family-friendly atmosphere and generate more support for that weekend’s athletic events. Additionally, she mentioned that they are working to encourage increased student participation in the parade.

This year there are over twenty student and community organization entries. You may enjoy a re-creation of the 1977 and 1984 student and alumni KAZOO BAND. (Arrive at the Phillippe Performing Arts parking lot at 12:30 PM to participate!) There will be plenty of candy tossed out to spectators. Check out the parade route.

“We’re thinking about having every dorm create a float for the parade,” she stated, “each dorm has its own flair and unique identity. This way every student will have an outlet to participate in homecoming!” 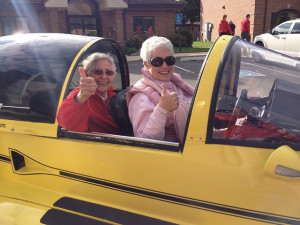