[ “Our character is who we are when nobody sees us but God.” ]

The Lord has instructed us to build good character from the inside out. This must be a transformation, not just a temporary face we put on when others are watching. God desires a change of heart and mind, which means we should direct our thoughts toward humility, love and forgiveness rather than pride, annoyance or holding grudges.

Colossians 3:12-15 explains what the Lord desires of our character: “Therefore, as God’s chosen people, holy and dearly loved, clothe yourselves with compassion, kindness, humility, gentleness and patience. Bear with each other and forgive one another if any of you has a grievance against someone. Forgive as the Lord forgave you. And over all these virtues put on love, which binds them all together in perfect unity. Let the peace of Christ rule in your hearts, since as members of one body you were called to peace. And be thankful.”

For those of us going through suffering, building our character might easily be pushed to the back burner. It may seem too difficult to focus on developing ourselves positively in the name of the Lord. What then?

Never forget that it is through your character that you will find hope. “… We rejoice in our sufferings, knowing that suffering produces endurance, and endurance produces character, and character produces hope, and hope does not put us to shame, because God’s love has been poured into our hearts through the Holy Spirit who has been given to us,” (Romans 5:3-5).

Focus on this prayer to become transformed from the inside out, building a character God will rejoice in: “Create in me a clean heart, O God, and renew a steadfast spirit within me,” (Psalm 51:10).

World traveler, teacher of piano, music, art, and kindergarten, artist, designer, pastor, writer, vocalist, choir director, creator, and church planter. All of these characteristics can be attributed to Jenn Swift, associate pastor of The House planted in Rock Island, Illinois.

Swift graduated from Indiana Wesleyan University in 2000 as a Christian Ministries major and is now ordained in the Wesleyan Church. During her time at IWU, Swift was heavily involved in chorale, a ministry team, being a co-founder of a worship and community service at the coffee shop at the McConn building (that would become the McConn coffee shop in the Student Center), and was the worship leader for IWU chapel. Through a long journey of teaching and being involved in ministry, Swift is now currently a pastor at The House: A Local Church—a church plant that is embracing the community and reaching out to all who need a church that they can call home.

Learning about Swift’s journey is an integral part to understanding how she became a pastor at this church. After growing up in Rochester, New York as a student of the arts, Swift found the transition to life at IWU different and challenging. Following a transfer from Houghton College, through many struggles such as failing her first semester at IWU and figuring out how she could get connected, Swift grew as a result of the nurturing and challenging faculty of Dr. Bud Bence, Dr. Steve Lennox, Dr. Keith Drury, and Dr. Jim Lo, and the support she found in her involvement in chorale under Dr. Todd Guy’s direction and other musical ensembles. For Swift, her call to ministry was clear, but she did not fully understand what her next steps would be after graduation. A staff or associate position seemed like the wrong direction for her, but she did not see a place in church ministry that fit or made sense for her to pursue.

Swift began raising funds to become a missionary to England after graduation; hoping her calling would become clearer. Fundraising for mission work was moving slowly and she found herself just waiting with anticipation of the future.

During this time, Reverend Andrea (Kind) Summers (Alumna of ’00) offered Swift an opportunity to come lead worship for a new young adult ministry she was pastoring. This seemed like a good chance to investigate “experimenting within a community to see if the arts and the church could be friends again,” and get her out of the cycle of waiting for her future in ministry to start.

During Swift’s time at this young adult ministry, she met Gregg and Cyndi Hampton. Over the next few years they began to dream about a church that responded to the culture they were being introduced to. During this period, they found themselves asking a lot of questions about ministry, church, where it was coming from and where it was going. In 2004, Swift wrote a vision of a community into a short story called The Haus. In this story, there was a house that served both its local community as well as a committed faith community. It was a place that housed a cafe, a place to meet for church and small groups, room for arts classes & studio space, and ways to provide for the community by way of a garden, clothing room, food pantry and laundry room. It was a dream and a hope, but the timing for a church plant and new venture just did not fall into place at this time.

The Hamptons moved away and Swift pursued other ministry ventures. 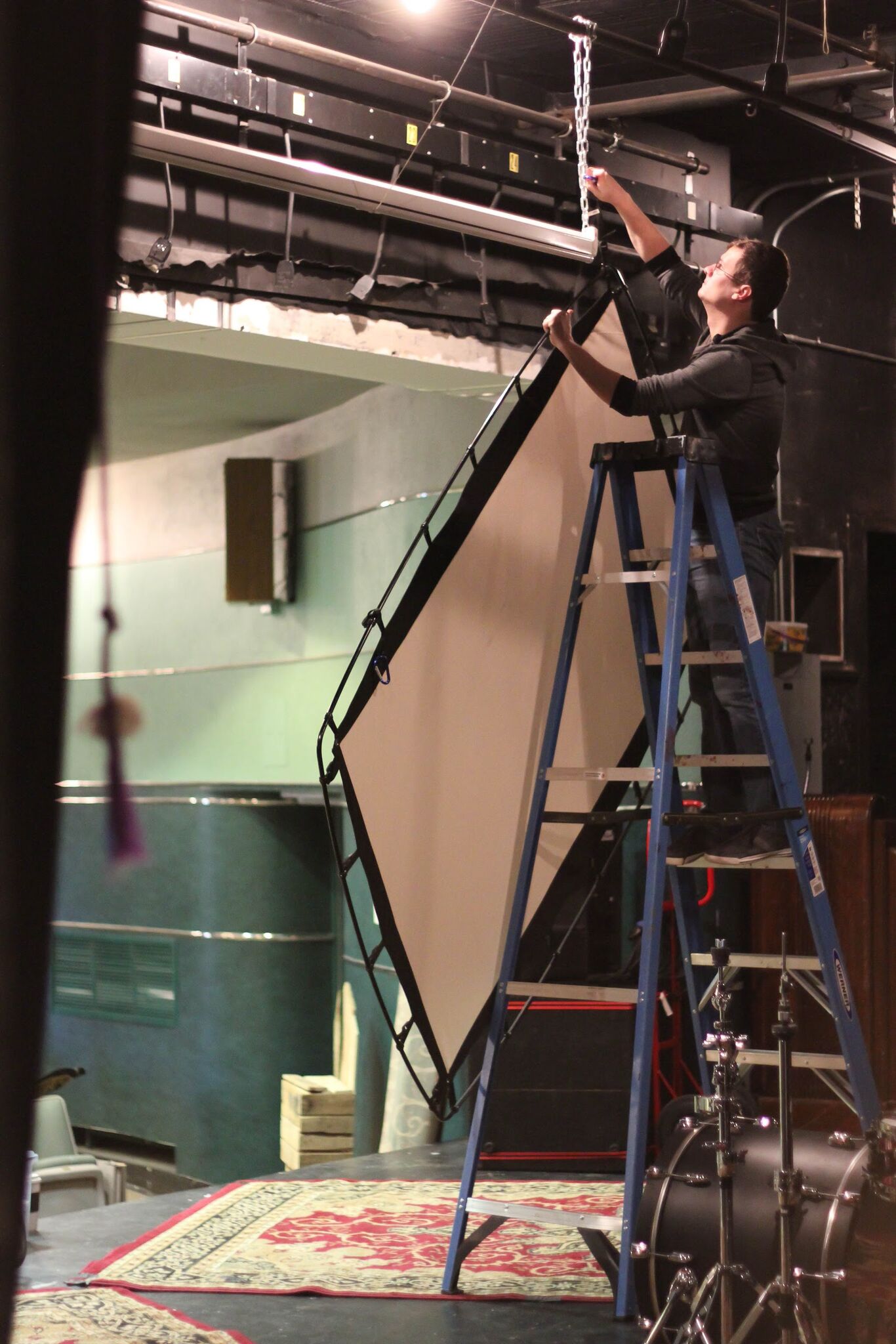 In January 2013, Swift received a call from Gregg Hampton, asking if she would be interested in pastoring a church plant. He shared that God was leading he and Cyndi back to Rock Island and it was to plant a church. It was to be called The House.

“Gregg, do you remember the story?” Swift asked. To which he replied, “Yes.  I didn’t initially. But this is what God has given us for the church to be called.” From there, The Hamptons, Swift, and their team began meeting and planning the church they would plant.

On January 12, 2014, ten years after they began dreaming, The House had their first church service in the auditorium of the local Rock Island high school, where they still meet. Gregg and Swift take turns speaking and taking part in leading worship every Sunday. Since they are both qualified for many aspects of church work, they both contribute in whatever way is needed. Swift is currently moving into a role that focuses on developing a creative culture within the church, from kids through adults, in a role dubbed “storyteller and artist in residence”. She will be using her experience in teaching, her understanding of learning styles and multiple intelligences, as well as her abilities within the arts to help the church broadly and effectively communicate what they believe to be the most important message—the redemptive and restorative love of Christ for humanity, both within their gathering community and their local community.

The first year of The House was plagued by circumstances that showed who they were as a church and congregation. Swift’s mother, Maggie Swift, was diagnosed with and passed away from lung cancer. Swift began commuting from Illinois to New York frequently and had to be away for a month and a half to help after the passing of her mother. Meanwhile, the Hampton’s son, Liam, was diagnosed with a rare virus that has left him partially paralyzed and had the Hamptons commuting from Chicago to Rock Island to care for their son. Five months after the church had launched, the integrity of the community and congregation were put to the test—and the community rallied around the Hamptons and Swift to show their support while carrying on the vision of reaching out to the community of Rock Island.

The House is meant to be a place where its congregation can “Rest, Live, Work”, which is shown in certain ways. As a new member, one is encouraged to relax and be welcomed to the congregation as one would do as a guest in a home—rest. As someone grows in belonging, they are encouraged to move past just gathering on Sunday mornings and learn what it means to live life alongside one another as they work out their faith. This can start with Community Tables and discipleship groups—live. A natural result of growth from this is shown through caring for others, not only among the faith community, but the community they live in—work. The House believes a healthy community will have all three of these elements working in balance in the life of a healthy believer.

From the beginning, The House has been a church with a mission-focused community, seeking to partner with those around them and welcome them to The House. There are many groups and areas The House partners with: the foster care system, the city of Rock Island, the High School they meet in, and Love Hope ministries—a non-profit that helps school children in Rock Island by supplying school supplies, reading camps and books, and much more. The congregation of The House is well known around the area as people who love and show Christ in the way that they live.

Swift inspires and teaches her congregation to be influential in their community and to show the love of Jesus to all. As she reflected on her time at IWU, Swift found that the leadership opportunities she had been given, the experiential learning experiences in and outside of her classes, and the people on campus helped give her the tools to be all the things she is now—a world traveler, teacher, artist, designer, pastor, writer, vocalist, choir director, creator, and church planter. 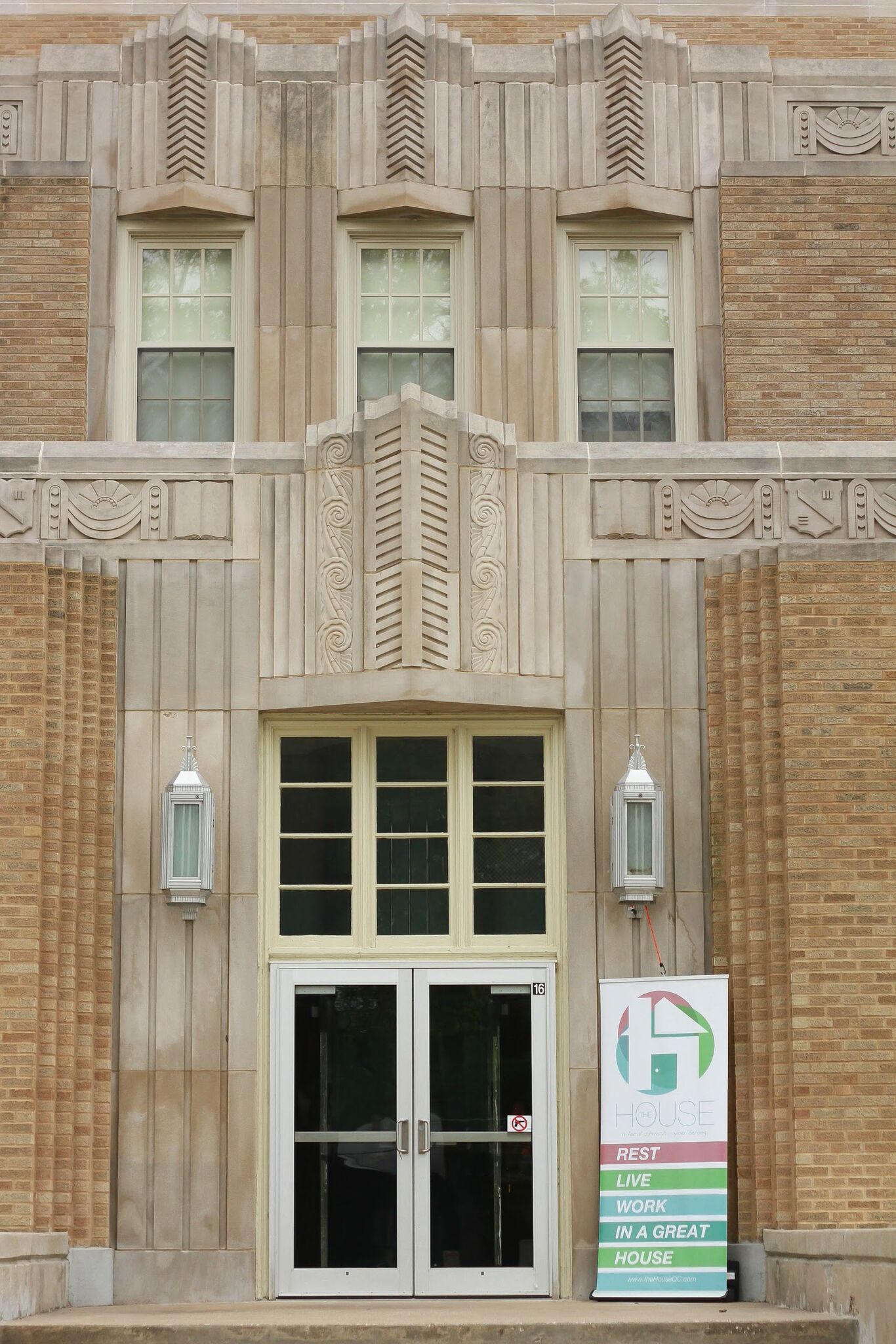 The House can be found online at www.thehouseqc.com

The House would love to have interns from any background, especially: ministry, technology, worship, and creative (artists, writers, etc.) types of people that feel connected to The House’s mission and story.

Written by a guest writer, Mia Anderson. Mia is a Junior at IWU studying Strategic Communication with her concentration in Public Relations. She is the Vice President of IWU PRSSA and hopes to work at a PR agency in Indianapolis after graduation in December 2016. Mia loves hearing others’ stories and sharing them with the world. Visit Mia’s personal website at www.MiaLAnderson.weebly.com.