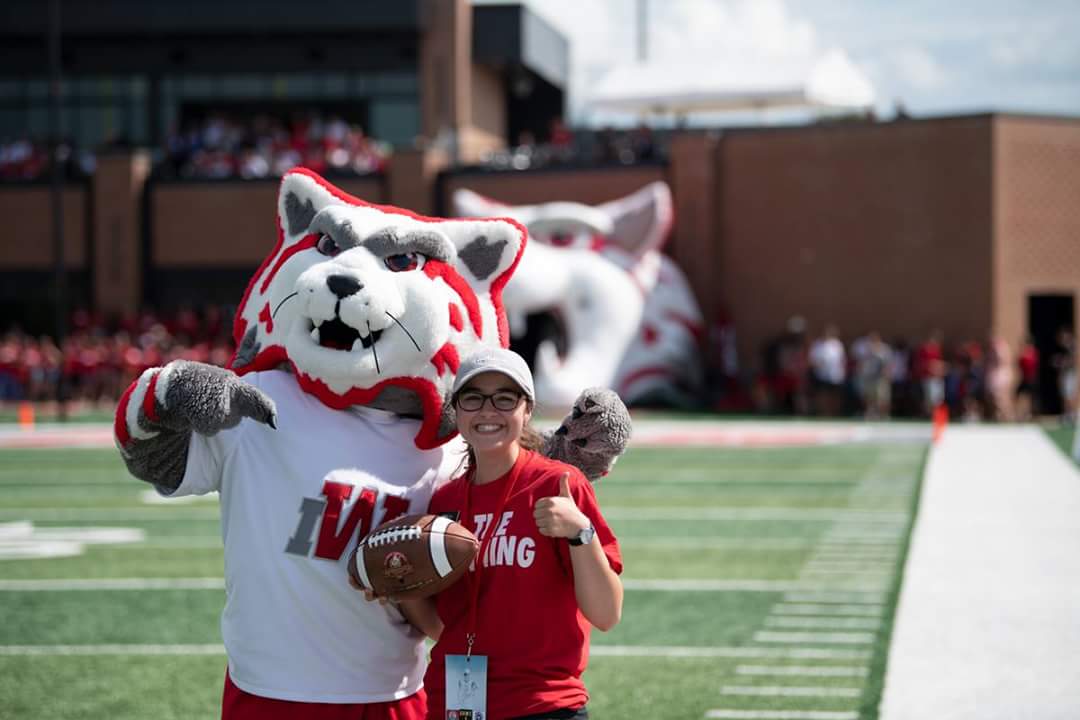 When junior nursing major Chloe Tatom began her college search, she was not looking at Indiana Wesleyan University. IWU was the school she saw simply as her father’s alma mater, where he had gotten his bachelors through the adult program some years prior.

Tatom was looking into a number of other schools when someone came to her high school and gave a short talk about the opportunities at IWU. It was then that she decided to come to the spotlight on nursing day, and that was all it took.

Tatom described the feeling of just “fitting” on the campus, that her visit solidified a confidence in her that this was the place she was supposed to be.

She enrolled in the nursing program, chose a minor in Spanish and moved onto the residential campus in the fall of 2016 to begin her time as an undergraduate student.

Tatom said that her time at the university has been wonderful and full of involvement. The first thing she mentioned appreciating about the school is how invested and caring her professors are. She has loved learning from and with them, and she expressed that the classes she has taken are invaluable in preparing her for her future.

Along with her academic pursuits, Tatom has committed much of her time here to serving the community, both on and off campus.

During her Freshman year, she got involved in the Student Government Association (SGA) and fell in love with the way the group becomes a family. Tatom found SGA to be a tangible way that she could express her love for the larger community of IWU. She had always been involved in student council during her high school years, so it was a natural next step for her in coming to college. The fact that she could participate in SGA and receive a paycheck was only a bonus for her.

The longer she has been involved the more she has truly felt that this has been where God wants her at this point in life, serving her fellow students.

Now, she is currently on the board as the SGA president. One of her biggest goals for the year is to communicate to the broader student body that SGA is there for their benefit, to help and listen to them.

She has spearheaded this initiative by putting up a booth in the mall way on Thursdays, sending out an increased number of surveys to get everyone’s feedback on different events and ideas, and by creating question and concern papers so students can voice their unique opinions.

Along with her outreach to the students, Tatom meets frequently with the administration, including the board of trustees and the president of IWU, Dr. Wright. She serves in these situations as the voice of the student body.

Along with SGA, Tatom also serves off-campus in many avenues. She was a part of a tutoring program at Frances Slocum Elementary School, which is set up to help students whose first language is not English. She spends lots of time working on student’s literacy skills and reading to and with them. She also serves dinners on Wednesday nights at the local rescue mission.

Through the nursing program, she has been fortunate to be involved in many study groups and will get to serve alongside her church on a medical mission trip this March in Mexico.

As she has prayed and thought through possible options to pursue when she graduates, Tatom has been most drawn to pediatric nursing, since working with children is something that she is passionate about. She hopes to work out-of-state in a larger hospital to develop her skill set more intensely, ideally in a children’s hospital. She sees children’s hospitals as a preferable environment, because of the way they are especially geared towards the holistic wellbeing of the child, counting in valuable things like play, comfort, and excitement, along with medical treatment.

Later in life, Tatom hopes to pursue private practice, but not for some time. For now, she is soaking in her last year and a half at IWU, doing the best she can to serve her community, and remaining thankful for the ways God has opened doors for her to get a wonderful education in such a loving environment.