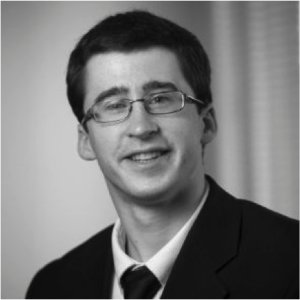 “Make connections! Build your network! Build relationships!” These are three statements that every college student hears multiple times throughout their time on campus. What does this mean and why is it important?

Ben Snowden graduated from Indiana Wesleyan University in December of 2014, and lives to testify that relationships are key to starting your career. He majored in Accounting and Finance and began the job search before graduation, but he was not having much success.

On graduation day, Snowden ran into the Alumni Relations Director, Rick Carder, and got asked, yet again, what he was going to be doing after college. “I told him I was not sure yet and would soon hit the job search heavy,” Snowden said.

“He told me to contact him so I did, and he proceeded to give me three names. From those three names, I got an interview at all three places.”

Before he had talked to Carder, he was having a difficult time finding an organization with the right culture and environment. Because of all the connections that the alumni office holds with graduates, Carder was able to guide him in the right direction.

“I think the network he built is really cool,” Snowden said. “It helped me get a job at a place where the culture really does uplift Christian values. For me, being able to network with people from IWU who are aware of those opportunities was great.”

From that one connection, Snowden’s firm called Hamil, Leman and England, ended up hiring two people from IWU. Their firm now has two recent IWU grads as staff accountants, and the Co-Owner of the firm, Brian Hamil, is an IWU MBA graduate.

“Rick Carder focuses on making connections and keeping in contact with people. For me, that had value because I knew that the connections that he was giving me wouldn’t just be for a job,” Snowden said. “They would be for a job in which the culture was Christian and could help me grow professionally and as a Christ follower.”

He regrets spending to much of his time and effort on work and school while he was at college. He did not take time to sit down with people and chat and just build strong relationships.

Snowden encourages everyone in college and even after college to take time to talk with people and build connections for the sake of relationships. “Often times out of those relationships you build, something great will happen,” he said. “The world becomes so interconnected that you never know what one of those connections could be. “

Along with help from the Alumni Office here on campus, many people receive career advice and assistance from the Career Development Office. Jordan Delks, their Employer Relations Coordinator, serves the students and alum by providing them with meaningful job and internship opportunities.

Most recently, Delks met with an IWU alum in Huntington. The alum bought an insurance business and told Delks he was looking to hire a few sales representatives. Delks was able to send the alum 12 resumes within a time span of two weeks.

Some alum find connections by pointedly talking to individuals such as Carder or Delks. Others attend conferences and events to independently network and get their name out there. For example, the Fort Wayne Alumni Regional Network meets nearly every month at the Fort Wayne IWU Education Center. This would be a great place to see new faces and shake hands with other professionals.

There are so many opportunities to make connections and build relationships here at IWU and around our community. We love to see our alumni succeed in every aspect of life as they move on after graduation.