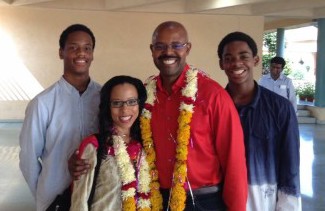 Reverend Kyle Ray is recognized as the “Pastor of the Week” last week (February 29). “Pastor of the Week” (PotW) is a renewed tradition honored by the Office of Alumni and Church Engagement which appreciates local pastors for their service and faith. Congrats, Pastor Kyle!

Pastor Kyle Ray has been the lead pastor at Kentwood Community Church (Kentwood, Michigan) since 2010. His ministry has served his congregants well by increasing diversity, creating a clear vision, and encouraging them to love their neighbors. KCC is a growing church that seeks to pour into their community through discipling members to share the Gospel, embracing other cultures, inspiring others to grow in their faith and to instill a devotion to serving in the name

Ray is not your typical pastor. He went to the University of Michigan and pursued a career in engineering, working for General Motors and other companies before his call to ministry. He and his wife, Petra Ray, came to Kentwood Community Church in 1999, not as a pastor and his wife, but as congregants. When the Rays chose KCC as their church, Wayne Schmidt (who now serves as Vice President of Wesley Seminary) was lead pastor. The Rays learned and grew in their faith under Schmidt’s leadership and in 2003 Kyle felt a call to ministry, which led to him attending seminary. 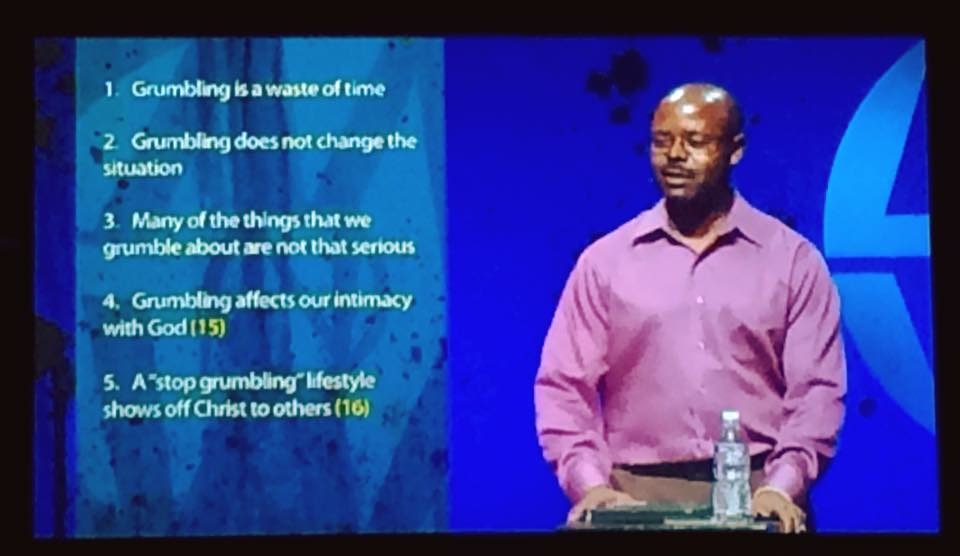 In 2006, Ray returned to KCC as an Outreach Pastor. Through his and Schmidt’s leadership, KCC began to go from a predominantly white church, to a church more reflective of the demographics of the community. Ray said this happened because of an increase in passion and intentionality for reaching those in the Kentwood area.

In 2010, Schmidt moved into his role at the Wesley Seminary and Kyle became the lead pastor of KCC. He said, “After six years of being a pastor, I followed a 30 year, founding pastor [Schmidt].” But, Ray implemented a clear vision to his congregation that has also helped structure staff and budget. The vision is “REAL”: to Reach all people, Engage the community, Awaken spiritual growth, and Launch everyone into service.

Ray embodies this vision by preaching the theory of the multiplication mindset to his congregation. This means making decisions that can help reach more and more people to Christ. One way KCC is doing this is by planting churches and founding satellite campuses in Wyoming, Michigan and Nagpur, India. The campus in India is in the center of a country with an incredibly low percentage of Christians. Others ways KCC shows the multiplication mindset is by showing hospitality toward other cultures by having specialized Bible study groups and services translated in real-time to Spanish. Ray said, “It seems like God has always blessed that desire to multiply and have more people come to faith in Christ.”

KCC continues to grow and impact the world through Pastor Kyle’s leadership. He said, “It’s been a crazy journey…but it’s been a great journey to go from congregant, to pastor, to lead pastor.”

Pastor Kyle’s wife, Petra, serves on the board of trustees at Indiana Wesleyan University. Together, Kyle and Petra have two adopted sons Malik (17) and Matthew (16).