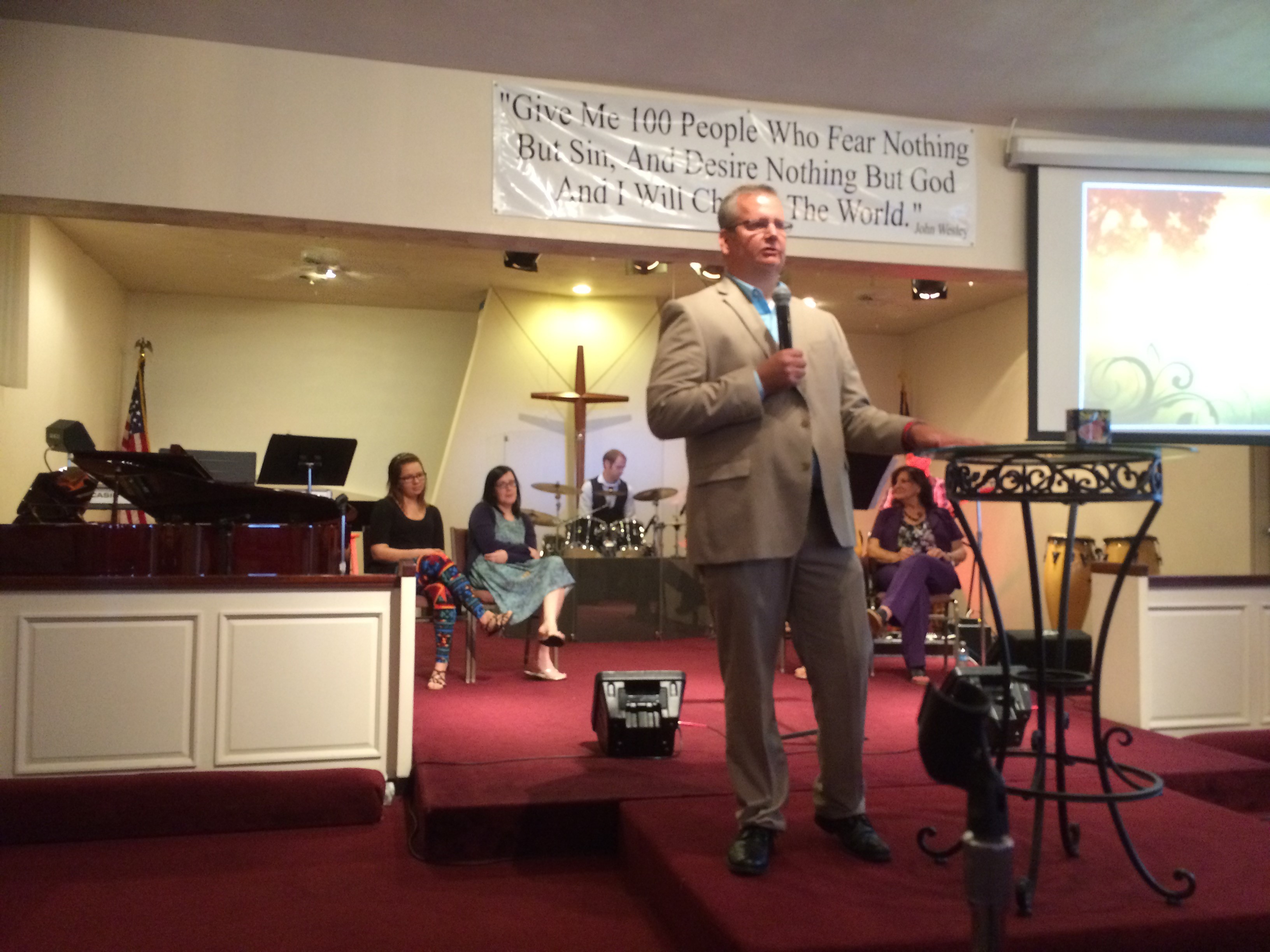 The congregates of the Penn Forest Wesleyan Church love their pastor.

“He is intentional!” “He accepts me just as I am.”

“He is willing to take time to help me.”

“We love our pastor and everything that he does for us!”

Comments like this were heard all throughout the church. Both effective and highly regarded, Rev. Myron Atkinson is our Pastor of the Week. Pastor Myron has served Penn Forrest Wesleyan Church & this local community in Roanoke, Virginia for many years. He is a graduate from Indiana Wesleyan University with a degree in Christian ministries.

During the annual Shenandoah District Conference with The Wesleyan Church, it was clear that Pastor Myron is known by seemingly everyone! Demonstrated during an IWU reception at Parkway Wesleyan Church, many came up to him with hugs and high-fives. He is passionate about his ministry as well as his alma mater. “We are sending three students this year to Indiana Wesleyan!” says Pastor Myron with a definite enthusiasm. He exhibits a positive spirit as he handed out popcorn during the IWU reception. “Sponsored by IWU, Indiana grown popcorn just for you!” shouts Pastor Myron as he greeted attendees to the Conference.

Ordained in the early 90s, Pastor Myron immediately pursued ministry opportunities. He begin his church ministry in Indiana eventually came to Roanoke, Virginia as pastor of a local Wesleyan Church. Wanting to make a difference, he begin to minister by loving people and proclaiming the good news of the gospel of Jesus Christ. His ministry has been filled with many successes. While his congregation may not be a mega church, his heart is big and he cares about the spiritual needs of his church attendees. With the spirit of outreach and compassion, Pastor Myron came to serve as the Lead Pastor in June of 2001. He is a native of Indiana and has been in ministry for the past 20 years. He has served as Youth Pastor, Assistant Pastor, and Lead Pastor. He has ministered in Huntington, IN; Southgate, MI; Saint Albans, WV, and now Roanoke, VA, He is a graduate of Indiana Wesleyan University in Marion, IN. Pastor Atkinson is married to Mandy Atkinson. Their son Jonah will be attending IWU in the fall, 2016.

I have served as the director of alumni and church engagement at IWU for 10-years and have known Pastor Myron since the 80s. It seems that Pastor Myron is known and respected by everyone! I have seen a genuine, believer and follower of Jesus Christ. The qualities of ministry that I’ve seen exhibited through his life is relational and energetic.

I was able to see Pastor Myron just recently as I attended his church worship service. Pastor Myron was leading the service. He showed a video promoting IWU and he spoke in support of Christian Higher Education stating it’s importance both important academically as well as spiritually. His church is sending three students to Indiana Wesleyan this year. He has several IWU alumni serving in his local church, two will be attending the Marion residential campus in one will be online pursuing a bachelor’s degree in business.

Pastor Myron has been on several missionary trips to El Salvador and Ecuador with his congregation. Through those ministries he has had the opportunity to connect with missionaries from global partners, a ministry of the Wesleyan Church as well as nationals on the mission field. His church continues to support international ministries. Myron is intentional about his ministry and loved to lead other, helping them discover their strength and abilities. According to his mission statement his ministry is intergenerational.

I’ve seen at too many churches (with) an “us versus them” mentality when it comes to the generations. The younger ones think it’s all about them because they are young and have new fresh ideas. The older people think it’s all about them because they have experience. In actuality, I believe that once again, it’s a coming together as a team and learning from each other.

One of the unique opportunities that Pastor Myron has been involved with is Wesleyan Bible Bowl. This is a competition where students from all over the nation compete by answering Bible trivia as a team. Growing up near Marion, Indiana, Pastor Myron remembers participating in the Bible Bowl competition when he was a teenager from Brookhaven Wesleyan Church. Penn Forest Wesleyan Church has won special recognition’s in National Championships in recent years. Winners of the competition receive college scholarships that could be used at any of the Wesleyan schools. Recipients of recent years will use their scholarship to attend Indiana Wesleyan University.

As a leader both in his local church and the Shenandoah District of the Wesleyan Church, we recognize Pastor Myron Atkinson as this week’s Pastor of the Week. It is his servant’s heart and enthusiasm for people that clearly sets them apart as a leader in ministry. Sometimes it’s not just in the accomplishments that you have but it’s in the people that you influence that makes the difference. 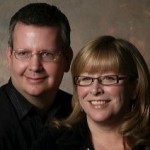 Both Pastor Myron and his wife, Mandy serve side-by-side in ministry! Mandy leads a ladies ministry and is a medical Doctor at a local hospital in Roanoke, Virginia. Her ministry to children who have cancer is remarkable. Clearly, Pastor Myron is loved by members of his church and is highly regarded by colleagues in his church district.