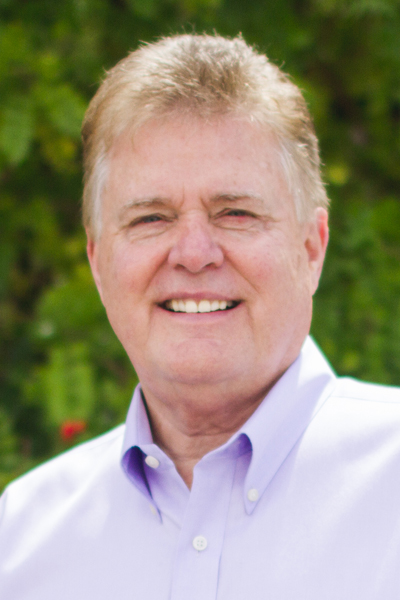 Jim Garlow currently serves as the pastor at Skyline Wesleyan Church in La Mesa, California in the greater San Diego area. In the 62 year history of Skyline church, Garlow is the third senior pastor and has been pastoring there for 21 years and counting.

Rick Carder, Director of Alumni and Church Engagement for IWU, said, “I have always found Dr. Garlow an enthusiastic person who is well-respected as a biblical scholar and author.”

Garlow founded the Pastors Rapid Response Team, which is a group of connected pastors who bring biblical values to the public square. He also co-founded The Jefferson Gathering with Dan Cummins, who is the associate pastor of Skyline Church. The Jefferson Gatherings are weekly worship services in the United States Capitol Building in Washington, DC. These Wednesday night worship nights are for members of Congress and their staff. The Jefferson Gathering also holds Sunday morning services, which is timed during the shift changes of the Capitol Police Force so all members can attend. He is the co-founder of “Washington- A Man of Prayer”, which is held in Statuary Hall in the United States Capitol Building on the anniversary of the presidential inauguration of George Washington.

Garlow is heard daily on AM radio in a one minute commentary called “The Garlow Perspective.” He has written fifteen books, one of which has made the New York Times Bestseller list. His latest one is called Well Versed: Biblical Answers to Today’s Tough Issues, which discusses 30 different political and social issues.

Garlow believes that his congregation is unique because they are profoundly resilient. “My wife, Carol, who headed the prayer ministry of the church, was in a six year battle with cancer,” Garlow said. “Carol passed away in April of 2013, thus the congregation experienced a season of profound grief. The church supported me as I went through the most painful season of my life.”

Garlow said, “I later remarried Rosemary Schindler, who by her first marriage, was distantly related to Oskar Schindler of Schindler’s List fame.”

Garlow continued and said, “Skyline’s resiliency was further demonstrated when Skyline became the epicenter of California’s Proposition 8 battle, which successfully defended – against all odds – the definition of marriage in the November 2008 election.”

Garlow has six pieces of advice for current IWU students. “Study hard. Marry carefully. Walk in purity and humility. Fear and give reverence to God. Protect your body; it’s the only one you have. Never forget the joy of your salvation.”

Rick Carder said, “His strong leadership in the local church is positive, joyful and attractive. This is one reason why his ministry is so popular. The highlight of his ministry in the Pastor of the week touched on his strength of authorship and influential leadership.”

Learn more about Jim Garlow on his website, www.jimgarlow.com.