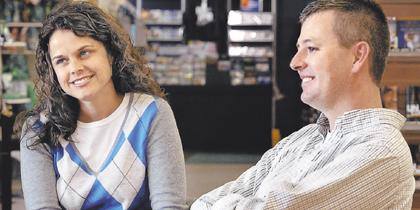 What would a pre-med student from Converse, Indiana and a Canadian business major possibly have in common?

Ministry. At least, that’s what Darren and Nancy Campbell have found true in their lives. The two didn’t set out to do ministry, when Nancy started at Indiana Wesleyan she thought she needed to become a doctor. Darren planned to pursue a career in law. Never would they have imagined themselves in a bi-vocational life, working as pastor of a multi-site church, and owning the leading Christian bookstore franchise in Indiana. Also, they never imaged that God’s call on their lives would give them so much joy. As Nancy said, “If we had lined up the pros and cons of going into ministry, we wouldn’t have done it. It took steps of faith.”

Dedicating their lives to full-time ministry, Darren and Nancy Campbell have learned the value of prioritizing God’s will over their personal plans. Although ministry was not their original plan, God has reshaped their vision and directed them to a life of service that gives them joy.

When Nancy started college, she assumed that her strength as a student meant she should pursue a career in medicine. For the first few years of school, Nancy was a pre-med major because her high test scores suggested she had an aptitude for becoming a doctor. While she enjoyed her studies, Nancy admitted that her reason for being a pre-med major was out of a need she felt to pursue the “hardest thing” at which she could be successful.

“God impressed on me, however, that he gave me passions and desires for a reason,” Nancy recalls. “He wanted me to do something that would give me life.”

During the fall of her sophomore year of college, Darren, a friend from one of her classes, introduced Nancy to the idea of pursuing ministry. Although he was not a ministry major, Darren had volunteered to undertake the job of running IWU’s annual youth conference. Previously, the conference had been run by ministry majors; also it was typically organized by a team of men. When Nancy agreed to help in the fall of ’93, the two piloted the first youth conference sponsored at IWU by non-ministry majors. It was a huge success, and the two found they loved doing ministry together. Additionally, Nancy found that she was very passionate about event planning and being with people.

“I just couldn’t imagine spending the next several years in a lab doing research,” Nancy remembers, “I loved being with people too much. Changing my major to business administration gave me the chance to work with people.”

Nancy and Darren also continued working the youth camps together, becoming best friends. After two years working together closely, the friends started dating and got married a year later.

What did the Campbells passion for ministry look like following marriage? At first, the two decided to help with youth ministry. They had enjoyed it before, and it appeared a way to integrate serving others in a part-time capacity.

However, God had other plans.

Shortly after marriage, Darren and Nancy were at church, listening to a visiting missionary talk about his experiences serving in Zambia. There, Darren sensed God calling him to pursue ministry full-time. Nancy was shocked, the two were business people, not pastors. Perhaps more concerning for Nancy was that she did not personally share this calling for ministry. A young bride, Nancy found herself confused,

“I remember thinking, ‘I didn’t sign up for this!’” Campbell recalls, reacting to her husband’s decision. However, the subsequent week three separate churches contacted the Campbells about serving as a youth pastor; the two decided to take a position at College Church, where they worked for seven years with the youth. When the two felt the Lord calling them to step down from this position, they relocated to a church in Muncie. There they partnered with the church’s planting project, and Darren became the lead pastor for Exit 59 church.

Throughout their lives, Nancy mentions many times that they sense God calling them to deviate from their original plans. Acting as the lead pastor for Exit 59 was an example of their need for flexibility and trust.

Concurrently, the couple decided to take a risk and merge their faith, entrepreneurship skills, and social passions for a great business endeavor. 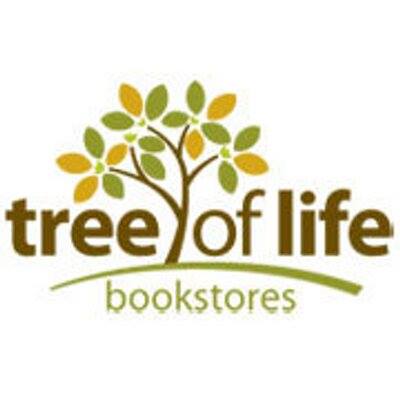 “I love coffee, and there was no coffee shop anywhere close. Also, there was no Christian bookstore within the Marion community,” mentioned Nancy. For years, the couple had talked about starting their own business, and one day Nancy mentioned it would make sense to start a bookstore which combined their love for youth, coffee, and ministry. This was the birth of Tree of Life Bookstores, which first opened in 1997 in a little building next to Wal-Mart in Marion, Indiana.

“We took out the loan and I remember signing the paperwork and thinking, ‘if this doesn’t work, I’m going to lose my house,’” recalls Nancy. Anyone familiar with Tree of Life Bookstore knows that was not an issue, the bookstore exploded into a major business corporation, serving as the primary text supplier for Indiana Wesleyan as well as several other private colleges.

How does running a bookstore relate to ministry? Many might see the Campbell’s bi-vocational life as two separate endeavors, however, Nancy mentions that their role at the church and in the bookstore are based in serving others. For them, the two jobs are interrelated.

“We see everything as sacred. Everything that we do is for the Lord,” Nancy comments.

The two are still very closely affiliated with the school, Nancy is a member of the alumni board, and in October, the couple received an alumni award for their partnership with IWU. Nancy mentions that the two of them are deeply grateful for IWU’s influence in their life in so many areas.

“We wouldn’t be married if it wasn’t for IWU,” Nancy laughs.

Reflecting on her roles in ministry thus far, Nancy urges others to realize that, “God’s going to do what he wants to do, sometimes he asks you to sit in the stands watch him work.”

When this business major from Canada and a pre-med girl from Indiana met, they didn’t seem to have much in common. Originally, neither Nancy nor Darren saw themselves in ministry. God clearly had other plans. Through their work at Exit 59 and through Tree of Life Bookstores, the two have been able to merge their passions and skills to pursue something to which they feel called, they have been given a mission that gives them life.

In October 2015, Darren and Nancy were recognized as the Distinguished Alumni of the Year recipients. Lance Percy, Associate Vice President for Advancement and Alumni Relations reflected on this couple’s continued involvement with the school when he said,

“I have appreciated the passion that Darren and Nancy have for the students at IWU and their contribution and support for individual students through their employment opportunities at the Tree of Life.” Mr. Percy helped present the award to the Campbells and mentioned that,

“It was a pleasure to recognize Darren and Nancy with the Distinguished Alumni Award. Darren’s message to the students at Chapel was a great encouragement. He reminded students to recognize that God has a plan for each person, even if we do not know what it is.”