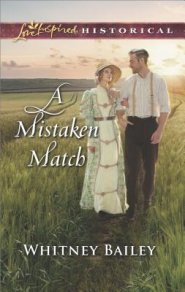 Whitney Bailey has always lived in the Midwest. She went to a large high school, allowing her to blend in, but when choosing a college, she opted for a smaller, more personal setting. Bailey arrived at Indiana Wesleyan University in 1997 and chose to pursue a degree in writing. She remembers her time at IWU as successful, helping her accomplish the many jobs she would face after college.

Bailey said, “I loved my time at IWU. I tell people that I was invited to my professors’ houses to maybe watch a movie that was related to a book we were reading in class or to just have dinner with my classmates. It is obviously pretty much the opposite of my high school experience.”

The IWU writing department provided Bailey with an educational experience that allowed her to choose classes that fit her interests. She remembers Dr. Mary Brown, her advisor, who encouraged her to take classes in all fields of study to increase her knowledge as a writer.

Upon graduating from IWU in 2001, Bailey began working at a very large company utilizing her degree. When she had her first child, she decided to change her lifestyle, and she began doing magazine writing and copy editing from home. She stated, “Magazine writing wasn’t as fun creatively as I wanted it to be.”

Then, Bailey, decided to pursue writing a novel. “I spent the next couple years writing one really bad novel, but then, writing a second one that was better.”

Bailey’s novel, A Mistaken Match, takes place in New Haven, Ohio, where she is from. The book revolves around Ann Cromwell, a mail-order bride, from London. A Mistaken Match was published by Harlequin, but Bailey said, “Many people hear that, and they assume I wrote an inappropriate book, but Harlequin actually has three very clean, romance categories.” Writing the book involved researching the history of her town. Her time at IWU also guided her to remain true to her Christian values, even in the midst of writing a romance novel.

Spiritually, Bailey believes that IWU helped her extend what she already knew to be true about her faith. She said, “I can’t imagine going to a public college when you’re 18 years old. I had the support system that I needed at IWU.”

Bailey’s fellow classmates and professors showed her the importance of keeping faith at the forefront of her education, career and relationships. Her and her husband also use their faith to parent their four children. Both being raised in a Christian home, they understand the importance of raising their children with those same values.

Bailey is a member of the American Christian Fiction Writers (ACFW). ACFW’s mission statement, found on their website is, “to empower Christian novelists by inspiring them to join with God in the creative process, training them in the craft and educating them in the publishing industry.” Bailey spoke of how this organization allowed her to submit her book for critique before sending it to a publisher, and she encourages Christian writers to utilize the helpful tools this

group has to offer.

Bailey resides in rural Ohio with her four children and husband, spending her days parenting and writing about her Midwestern roots. A Mistaken Match will be released for sale on September 1st, 2017.