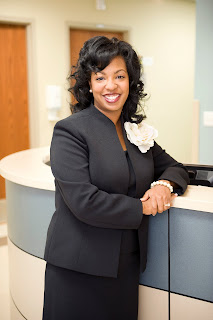 “Christia is a proven and effective leader who demonstrates an enthusiastic commitment to Wishard and all those we serve,” said Dr. Lisa E. Harris, chief executive officer and medical director for Wishard. “During her time at Wishard, Christia has led multiple teams through times of change and progress. She has also championed several critical initiatives including enhanced access, customer service and system integration through technology, all of which will be vitally important as we prepare for a reformed national health care environment. Christia is the right person to assume this senior leadership role.”

Hicks began her career at Wishard in 1999. During that time, she has served as a physical therapist, administrator of Lockefield Village Health and Rehabilitation Center, manager of the OB/GYN Clinic, and most recently, administrative director of the Regenstrief Specialty Clinics. As vice president of human resources, Hicks will have administrative responsibility for functions including benefits, compensation, recruitment, retention and employee relations, as well as the Wishard Institute for Employee Development, Volunteer Services, Wishard Wellness, and Occupational Health. She will officially assume her new role on September 18, 2011.

“I am extremely excited to serve Wishard Health Services in this new capacity,” said Hicks. “Throughout my tenure at Wishard it has been my pleasure to work with an outstanding group of individuals who are committed to providing quality patient care for the Indianapolis community.”

Originally from Rockford, Illinois, Hicks is a 1995 graduate of Augustana College in Rock Island, Illinois, where she earned a degree in biology. Two years later, she completed graduate studies in physical therapy at Drexel University in Philadelphia. Most recently, Hicks completed a master’s degree in business administration at Indiana Wesleyan University. She is professionally involved in a number of partner and community organizations including United Way of Central Indiana, the Indiana Association of Homes and Services for the Aging, The Links Incorporated, and Alpha Kappa Alpha Sorority.

Hicks is married to Dr. Ivan Douglas Hicks and has three children.