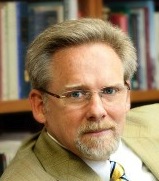 Today’s entry is provided by guest blogger, Dr. Jerry Pattengale. This article is a reminder to never underestimate the potential of people.)

It was a faded blue 1995 Chevy 1500 with a massive lift kit, mega bald tires, and a flaked-chrome tubular bumper. Mud splattered on the sides. A few crumpled beer cans in the bed. We had just come from a friend’s house in Siesta Key with two Rolls Royces among his other luxury cars, so the contrast was striking.

“What are some people thinking?” spewed from my lips before I had thought of its self-implication. When I arrived on Indiana Wesleyan University’s campus in 1975 I was driving the epitome of hideous. Can you say “Souped-up Gremlin?” The extra wide tires had scrapes from the wheel wells. The cheap black paint was opaque from the car wash. The doors were so heavy on their hinges they usually were ajar. The rubber seal around the back hatch looked like reassembled confetti and leaked like a sieve.

And Telly Savalas had more tread on his head than my front tires.

But that wasn’t the worst of it.  No. No. It was the five-foot whip CB antenna. What I had considered cool likely looked like Pluto with big paws akin to Cragar rims. If the antenna had wedged on a streetlight I’d likely still be spinning.

Hideous. I must have looked ridiculous, and as I reflected my wife affirmed me. She laughed.

The day prior in Sarasota, Florida, a plump man in Speedos and an Under Armour shirt made my own spare tire jiggle. Hideous. Without him hearing, I whispered “How’d you like to see me in that hot outfit?” But before a minute passed I started chuckling, for I had worn some pretty bizarre things myself. Never Speedos, but in high school I wore a suit that looked like a table cloth with a large elastic runner. The pants and jacket were a bright aqua pattern of eight-inch squares – blue and white. The waste-high jacket had a six-inch stretchy lower trim.

I looked like a walking checkerboard for giants, or a jester trying out for the Bee Gees. And to accent my misery, I wore platform shoes and a white belt replete with metal rings.

Hideous. Simply comical. And as I reflected openly, my wife affirmed me once again with laughter.

A couple of days later (Nov. 20, 2014), I saw a haircut in Oklahoma City that about caused carbonated liquid to project from my nostrils. It’s hard to keep down a Pepsi when you watch an otherwise classy fifty-something man turn, and a long skinny pig tail dangles from the back of his shiny bald head. But this time I kept my thoughts private, and never even mentioned it to my wife.

She knew from pictures about my 70s shag haircuts and modified mullets. I certainly had no right to laugh, other than about myself.

And that’s really where all of us should be – cautious in our condemnation. I’m working on it, because some indeed appear hideous to all but the owner. And for reasons that largely escape us, we have had our own hideous moments.

This past week an accomplished woman, Alice Wills, was reminiscing with my wife about my hideous years. Oh, she’d never use those words, but she was complimenting me on some recent activities while looking backwards to my college years. She’s perhaps the only librarian alive with a megaphone whisper.

Such statements from life’s librarians mean more to me than you might imagine, as national exchanges should never be taken more seriously than those local friends who have been part of your journey. Perhaps she was thinking of the Gremlin as she laughed of Jerry the student – she was the Librarian. Or of my haircuts that even a Flowbee would have improved. Or, maybe she overheard me singing in chapel, and knew I had the musical range of shot put and the tone of Minnie Pearl. No, she never made fun of me, just wished me the best when I shared my highfalutin dreams—as she noted to Cindy, my enduring wife.

Alice never joked at my social awkwardness with girls, as I joked a lot not knowing if any of them would date a poor boy from Buck Creek, Indiana. During my first semester I camped out in the library, her domain. Partly because the girl I liked studied more than I used to fish back home. And, partly because the library was free and I was broke.

Alive never wrote me off for being too creative at times. I once borrowed aerosol cans and a bowling ball for a date. I set them up and we bowled – but made one serious mistake. I did it next to the Grant County courthouse and more than one policeman noticed. And, the girl seemed to as well; that was our only date.

Yeah, I still see a lot of hideous things. Cars with accessories that can’t be maintained, like monster tires. Tattoos that probably were barley and hops inspired. Teeth with decorations that looks like a treasures from History Channel’s Gold Rush. Fingernails that could pick a lock through a thick fence. Nose rings that look like, well, you know. Clothes that will show up on the People of Walmart website. And the worst, tweets and blogs that bespeak of lobotomy scars.

But behind the eyes of those we label bizarre are indeed holy creations, perhaps with future contributions far beyond those more attractive (I Samuel 16:7). Even the silly still have souls with eternal significance. I still have my faults, warts and do-overs, but am glad the Alices in my youth didn’t discard me because of appearance (John 7: 24). We need to correct but not crush while sharing   principles and not just perceptions. Eventually I learned that if you try to make an impression, that’s the impression you make. And, I learned it’s still okay to laugh, but to keep a mirror handy (especially on the beach).