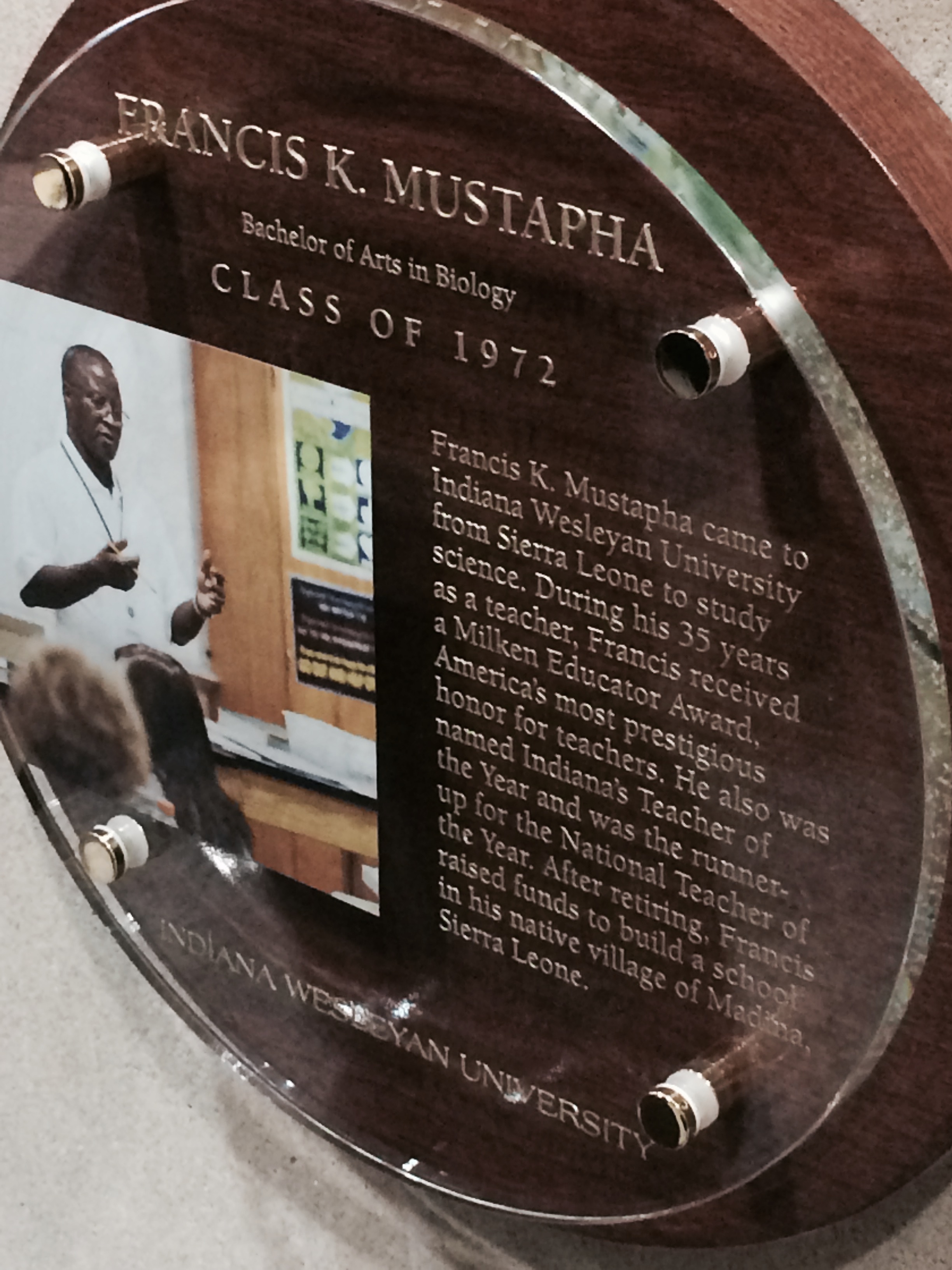 In addition to the inductee, 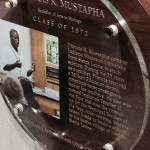 Francis Mustapha who spoke in chapel the students also learned about another inductee who was recognized posthumously – Dr. Charles E. DeVol.

The following includes information about our inductee and a special message from hist older daughter, Margaret DeVol Mosher. 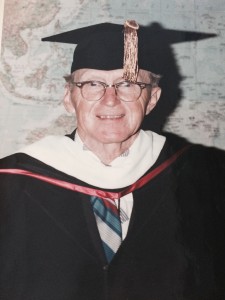 Charles E. DeVol graduated from Marion College in 1926 with a bachelor’s degree in science. Three months later, Charles and his wife Leora began serving as missionaries in China, where Charles was born in 1903 to medical missionary parents.

During their first decade in China as missionaries, the DeVols returned twice to Marion where Charles taught botany and zoology at Marion College.

The DeVols returned to China in 1939, but as war clouds gathered American women and children were advised to return home. Leora DeVol and the couple’s two daughters left China in March of 1941, but Charles stayed behind.

After Pearl Harbor was bombed, Charles was detained in the city of Shanghai where he taught in a school for Jewish refugee children and worked on botany research. He later was imprisoned in a Chinese concentration camp for 10 months, along with 1,000 other men. During his imprisonment, he taught a botany class in the concentration camp.

Charles was released in December 1943 as part of a prisoner exchange and returned to Marion where his wife was serving as dean of women at Marion College.

Charles resumed teaching at Marion College and completed his doctorate at Indiana University before the family returned to China in 1946. Three years later, the Communist takeover of Mainland China forced the DeVols to again return America – where Charles taught for another 11 years at Marion College.

In 1957, the DeVols went to Taiwan to oversee Friends missionary work. Over the next 23 years, Charles was not only active in helping to establish 31 Friends churches, but he also taught botany at the National University of Taipei.

Charles became internationally recognized as an authority on oriental ferns, and one fern specimen he discovered was named in his honor – and was featured on a Taiwanese postal stamp.

Dr. DeVol retired from missionary service in 1980 and returned to his family’s farm in Ohio. But in 1985, he had a final opportunity to return to Mainland China. He used the visit to see old friends and to revisit the familiar sights of his boyhood – including the Chinese hillsides where he first began his collection of plants that would lead to a lifetime of teaching botany. 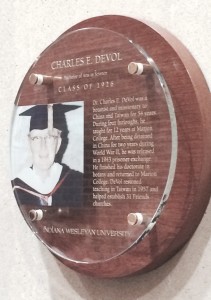 One of my earliest memories is of summer vacations spent at Lu Shan Mountain Resort in China with my parents, Charles and Leora DeVol, and my baby sister, Esther. It was at that location that my father had gone during his childhood and had been fascinated with the beauties of God’s creation. On those hillsides, my father began his collections of plants, which led to a lifetime of teaching botany.

During my father’s lifetime of being a missionary, preacher and teacher, life was not always easy. The wonderful attitude he always had made a deep impression on me. I never heard my father complain or say anything unkind.

One of the most difficult experiences in my father’s life was his seven months spent in a Japanese prisoner of war camp in Shanghai during World War II. My mother, my sister and I had come back to the United States before things had gotten so dangerous in China. My mother was employed as dean of women at Marion College, and my sister and I, ages 8 and 12, lived with my mother in Marion College’s girls’ dormitory.

The college celebrated with us when my father returned safely before the war was over. My father told us that on the repatriation ship coming home, he was singing Great is Thy Faithfulness. That hymn has become a favorite of our family.

The procedure followed by my father and our other Friends missionaries in China and later in Taiwan was to train pastors and leaders and put them in charge completely. Because of this, the mission churches in China are still carrying on today with no American missionaries present.

Due to illness my father retired at the age of 77 and returned to the United States. He lived for nine more years and was able to preach many times to Chinese congregations near Ohio State University ands Akron University.

In my house are 40 of my father’s sermon notebooks. Most of the outlines were a result of his morning devotional activities. One notebook is titled, “Science and the Bible.” These messages were the favorites of many who heard him preach.

My parents lived with my husband and me during their final years. My younger son, Daniel, assisted us with their care. We all enjoyed the many phone calls and visits from Chinese and Taiwanese friends.

The evening before my father went to be with the Lord, he held up two fingers and then five fingers. I couldn’t tell what he was trying to tell me. Was he thinking of II Corinthians 5, which he had referred to not long before that? That scripture talks about the fact that we exchange our earthly body for a heavenly one. Maybe that was what he was thinking about.

A couple of days after my father’s home going, I discovered that the Easter lily that I had planted in the spring was in bloom. On it were two buds and five lilies, serving as a reminder to us of the Resurrection. What an appropriate send-off for my botanist father who loved God, the Creator, so much and had devoted his life to preparing people to meet the Lord.

Thank you, Indiana Wesleyan University, for the blessing you have been to our family through the years. If I figured correctly, 18 of our family attended Marion College. Only three of us are still residing on Planet Earth.

May the Lord bless you and continue to make you a blessing.