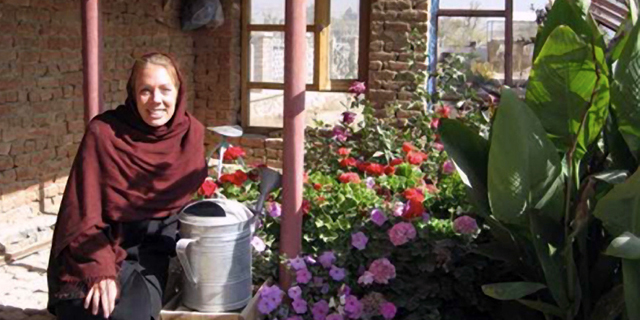 For a year, Ashton Rank (’12) worked as a full-time nanny and Outreach Coordinator of a church-plant in Columbus, Ohio. She led volunteers in planning community events to attract people to the church. Church planting helped Ashton prepare for her next role: Resident Director of Beckett Hall East, IWU’s only all-freshmen female dorm since Shatford House’s 2012 repurposing.

Even before leading church events and volunteers turned into leading dorm events and RAs, Ashton had a solid framework for ResLife. She was an RA and ARD in Shatford, and ARD in the townhouses. “Those relationships I built with the RA staff and … with my RD are something I cherished and learned a lot from,” she says.

One influential ResLife staffer was Laura Bronsink, former Shatford RD and now RD of Kem Hall. Ashton’s relationship with Laura is special because, “I was a student under her supervision for two years … We maintained a relationship after I graduated, and now we get to work with each other.” Laura is even the one who called Ashton when Beckett East’s RD position opened.

Becoming an RD in her early twenties was sometimes difficult for Ashton, especially when it came to balancing her roles as friend and supervisor. “Because I was younger starting out … I didn’t allow myself to build friendship-type relationships with my staff. I made sure I didn’t do anything to compromise their respect of me or my supervisor role,” Ashton explains. “That was difficult, because I felt like I didn’t know my staff well.” However, as a second-year RD, Ashton has found a better balance between being a fun, silly friend and being a mature, respected leader.

Besides managing her staff, Ashton loves interacting with residents. She views herself as a resource for students as they transition to college: “I want them to learn to be independent. Our goal [is] to help students make life choices … in a safe environment.” She enjoys pointing people to on-campus offices that can help them and feels rewarded when she sees former residents succeeding as upperclassmen.

Residents owe some of their success to Beckett’s mentoring program. Upperclassmen in Beckett West act as spiritual role models and help the freshmen navigate the difficulties of college.

Ashton says mentoring is at the core of Beckett’s legacy: “Our hall is unique because we’re not named after someone who donated money, but we’re named for [Cheryl Beckett] … She cared deeply about mentoring other women.” Cheryl (’00) was serving as a medical missionary in a poor region of Afghanistan in August 2010, when she and nine others were shot to death by unidentified gunmen.

Cheryl’s legacy of service, self-sacrifice, and love lives on in Beckett Hall. “Part of Cheryl’s story was that people felt a sense of calm when they would just walk by her door. They didn’t even have to see her … and it [would still be] peaceful for them,” Ashton explains. She wants residents to feel peace and belonging when they come to Beckett. “I want them to know it’s a home where they can be themselves, feel support, and live out their story as Cheryl did.”

Written by Megan Emily. Megan is a senior English/Writing major and a member of the John Wesley Honors College. She also operates Earthworms, a blog about finding hope and security.