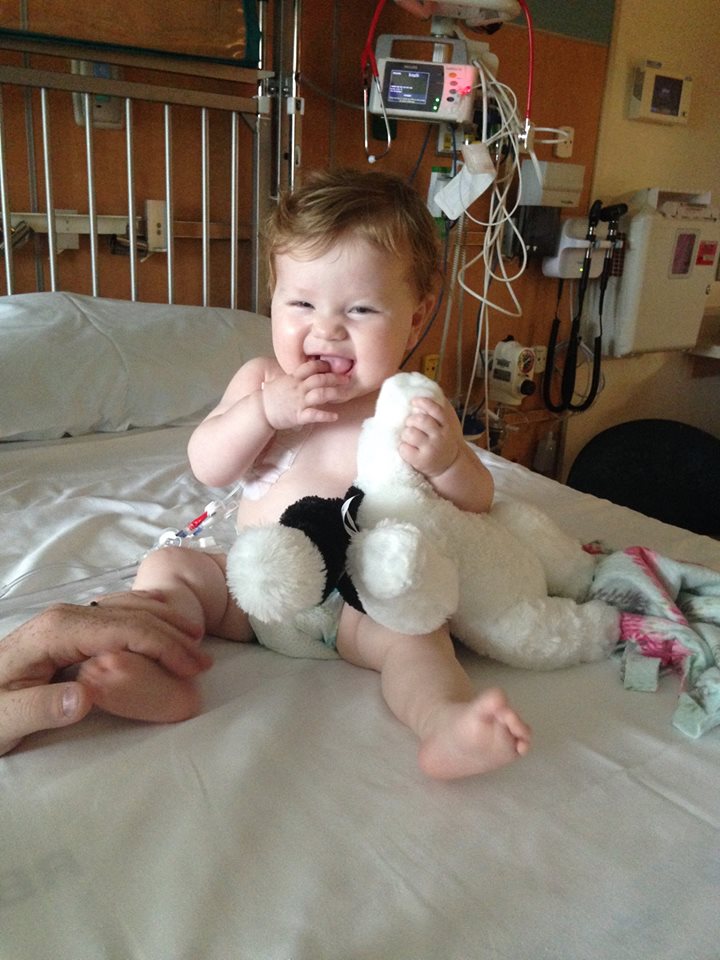 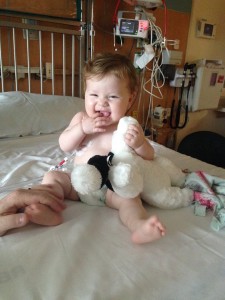 ​After suffering four miscarriages and learning of medical obstacles to their chances of conceiving, Ellen (Wilson, ’12) and Parker (’12) Terry gave birth to their daughter Charlotte in September 2014. “As our miracle child and the first grandchild and great-grandchild on both sides, she was and still is the apple of her family’s eyes,” says Ellen on the CharlotteStrong Facebook page. In April 2015, Charlotte contracted a fever and began vomiting everything she ate, leading to a series of doctor’s visits and rounds of antibiotics that did not clear up her symptoms. When Ellen and Parker noticed spasms in the left side of Charlotte’s face, they took her for one more visit to the family doctor. “After he had looked Charlotte over, he told us to stay put and he left the room. Talk about terrifying. That’s not an everything’s-okay-with-your-baby kind of response.”​

The doctor immediately referred Charlotte to a neurosurgeon, who ordered an MRI and located a tumor in Charlotte’s brain. Further scans revealed that two tumors in Charlotte’s brain had metastasized down her spine. “I can’t describe to you how Parker and I grieved after hearing that news,” writes Ellen. After a brain biopsy, neurologists determined that once she has completed 6 rounds of chemo and a bone marrow transplant, Charlotte will have a 20% chance of living past 5 years old.

​In the midst of this bleak prognosis, Ellen and Parker cling to promises from the Bible. While Parker has to work during the week and can only visit on weekends, Ellen and Charlotte are settling into a new normal at the hospital. In a post celebrating the end of Charlotte’s first round of chemo, Ellen writes that Charlotte has started to cut her first tooth. She writes, “as part of our morning routine, Charlotte and I have been reading the Bible after she eats breakfast. The door to our bathroom doubles as a white erase board, and I have been putting verses up on it that encourage me or remind me how great God is. If you have a verse you think will help us, feel free to post it on the CharlotteStrong page. I’m sure many of them will end up on our bathroom door.”

​Ellen teaches at Peru Middle School, where her students are rallying behind the Terry family in this difficult time. ABC 57 in South Bend reported on a band concert that raised $600 for Charlotte’s medical expenses. The hashtag #CharlotteStrong has been trending on social media in support of the Terrys and a close friend of the Terrys created a GoFundMe page for Charlotte that has raised over $11,000 in under a month. Ellen writes on the CharlotteStrong page about random people who have seen the scar on Charlotte’s head and prayed for them. A friend of the Terrys is organizing a CharlotteStrong benefit 5K at Angola High School on Saturday, August 15, and others have created bracelets and held CharlotteStrong parties to support the Terrys. “The only thing that’s been getting us through is knowing that God’s in control,” says Ellen, as she holds Charlotte on her hip.

​The Alumni Relations Office hopes that the IWU community can surround the Terrys with support and encouragement. We encourage you to donate to the GoFundMe account, pray for peace and healing, and interact with the CharlotteStrong page, where Ellen frequently posts updates and pictures. If you wish to write to Charlotte, Ellen, and Parker, please send letters to: