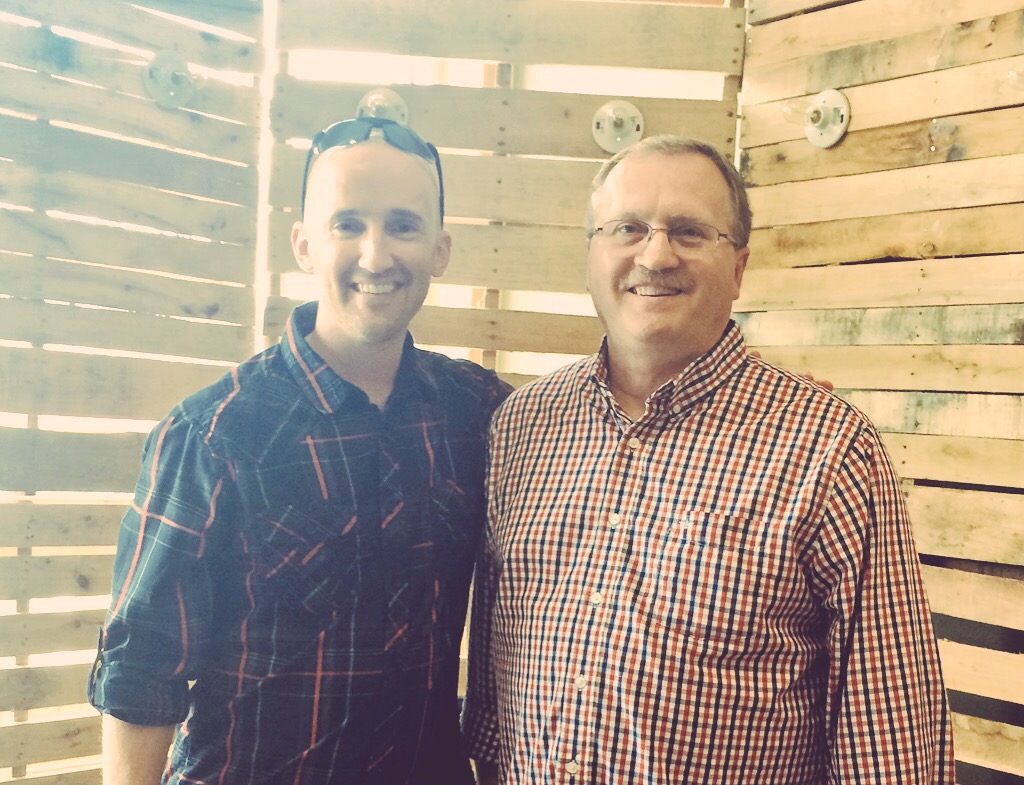 “Everyone has a comfort zone,” says Josh Bonner (’02), who has spent the last two and a half months walking from Central High School in Brooksville, Florida, to Indiana Wesleyan University in Marion. “If you allow God to get you out of your comfort zone, he will give you opportunities to love people.” Bonner’s Never Give Up Walk is dedicated to raising money for fellow alum, Jason Helm (’02), a missionary in Mozambique and South Africa who is facing pancreatic cancer and limited options to fund his treatment. Bonner and Helm had been merely acquaintances at Indiana Wesleyan, but when in February, Bonner learned that Helm needed $75,000 for the next round of treatment, he felt like he needed to help. “I had just started renting out a house,” says Bonner, “and I had just gotten my first rent check when my church took up an offering for Jason.” Bonner gave the whole check, but felt like he needed to do more. He then began to conceive of the walk. Bonner, an elementary P. E. teacher, spent the rest of the school year planning his route, gear, and contacts along the way.

When Helm was diagnosed in 2012, he could have come back to the States full-time to receive treatment, but decided to stay in Mozambique to continue his work there, traveling to South Africa and occasionally to Indianapolis for doctor’s visits. Helm, whose family is from Marion, lives with his wife and three children, teaches at a Bible college in Xai Xai, Mozambique, and farms in the community where they live. In the months leading up to the walk, Bonner and Helm began to communicate more frequently through an international messaging app called What’s App. “Jason has this big beard that’s almost completely gray now, and he’s only in his thirties,” says Bonner, who says that he and Helm now message each other almost every day. “He was having to sell his personal possessions to get treatment.” Within the past few months, Helm’s insurance provider decided to drop his coverage, leaving Helm and his family with staggering medical bills and little means to pay them.

Bonner’s walk, which lasted for 55 days and stretched over 1,100 miles, has raised over $13,000 for Helm’s treatment. Bonner met many unlikely people along the way: people who had been on mission trips to Mozambique who knew Jason, people who were on their own cross-country walks, people who prayed with Bonner and people who gave money to Helm’s treatment. Bonner began the walk on June 13 with a send-off ceremony at his high school. A couple of hours in, he wanted to quit, struggling under a pack that weighed 90 pounds in the Florida heat and humidity, but instead called his brother to help him unload everything that he wouldn’t need. “This walk was called the ‘Never Give Up Walk,’ and there I was on the first day, wanting to give up,” laughs Bonner, who says that the Indiana climate has been a relief from the heat of the South. Each day, Bonner listened to audiobooks and music, prayed, and enjoyed the countryside. He says the walk has been “an emotional and mental detox,” as he has been away from most technology and the comforts of home for several months. When he arrived at IWU on Friday, August 7, Bonner was welcomed by a group of 40 people clustered around the John Wesley statue. The next day, he was invited to meet with President Wright and other administrators, who were moved by his and Helm’s story. “I am the last person people would expect to do something like this,” Bonner laughs, holding up the latest edition of The Triangle, IWU’s alumni magazine, which features a small blurb about his walk. “I was shy and kept to myself in college, but God drew me out of my comfort zone.” While Helm had originally planned to meet Bonner on the last leg of the walk, Bonner will instead be flying to South Africa with a backpack full of chemo to give to Helm. In the fall, Bonner will not return to teaching, but will be pursuing a career in the ministry. “God called me to the ministry two weeks before he called me to this walk,” he says, not sure what this next season has in store for him. The GoFundMe page will be open indefinitely, and the Alumni Office encourages the alumni network to donate to Helm’s treatment.