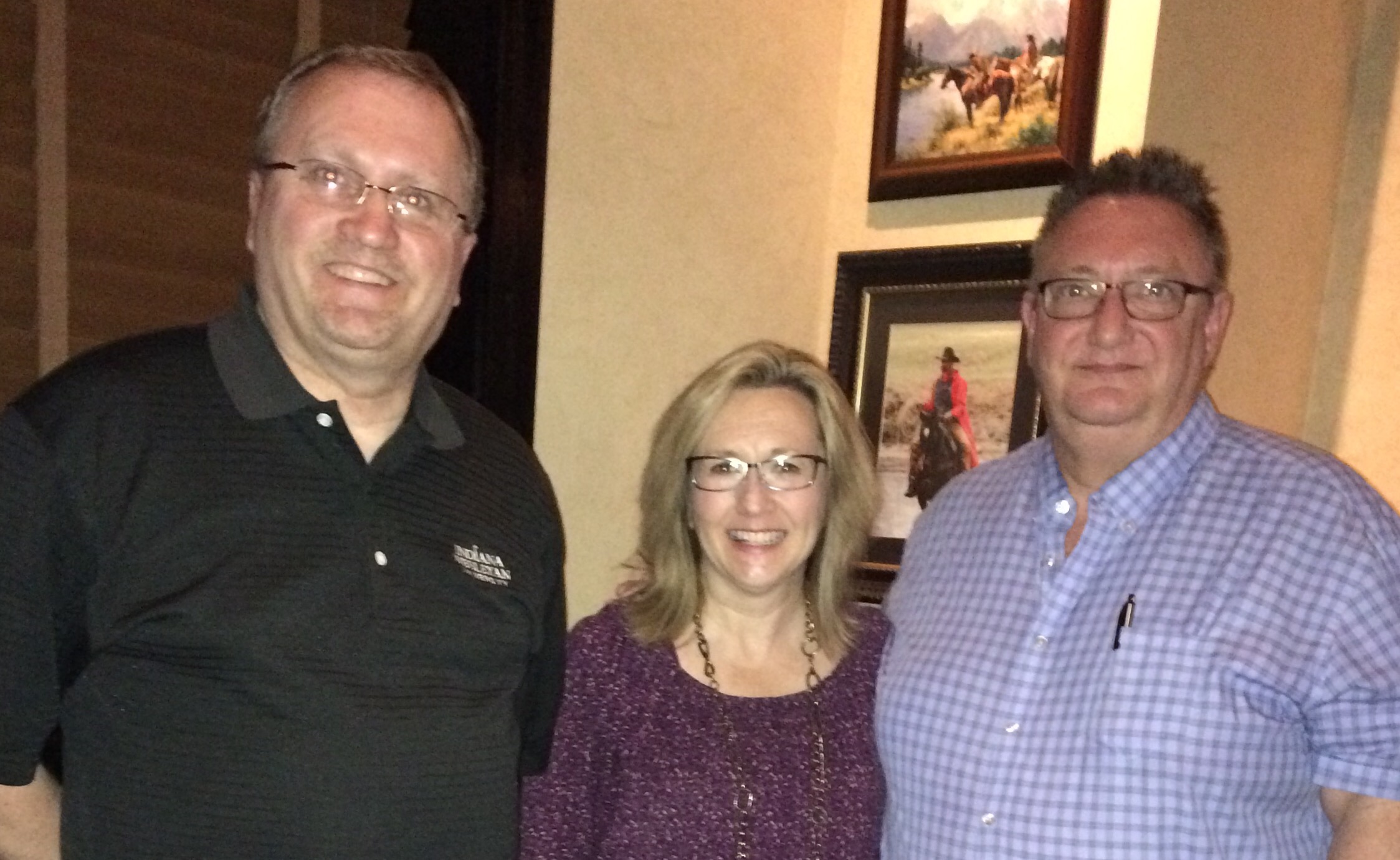 The following story follows Dr. Richard Harris, who broke away from KKK leadership in order to follow God’s calling in his life. His story is one that shows how God can transform anyone’s life and just how important it is to love your neighbor.

“As the ceremony continued, I had started looking at the items on the altar in front of me. It was adorned with American flag, the Confederate flag, an open Bible, the sword, some silver bowls, and a large flaming cross. The fire was evidently fueled by bottled gas and during the ceremony, someone kept turning the flame lower and higher depending upon the atmosphere that the man in charge wanting to set. … Through it all, I kept hearing a voice within me soothing me, calming me, saying, ‘This is your destiny, Richard. This is your destiny.'” – excerpts from “One Nation Under Curse.”

It was the late 70s when Richard C. Harris picked up the Bible and began reading it for himself. It was because of this one decision that his worldview was forever transformed. In fact, the Imperial Wizard of the Ku Klux Klan (KKK) encouraged him to include religious rhetoric in his hate speech while promoting the KKK. “I know now that it was really the Holy Spirit directing me because I didn’t really know where to begin when I picked up the Bible,” Harris said when he reflected on being directed to begin to read the book of John. “My motivation was to become a national leader for an organization that taught hate and racism,” he added. Harris described how his life changed and he began to understand love.

The story of the Samaritan woman in the Bible helped him understand love differently, “I knew a Samaritan was a half-breed, a race-mixer as the Klan called them. Half Jewish half Gentile. Jesus goes to the well and this halfbreed woman is there. He asked for a drink, and she is shocked that he spoke to her because ‘Jews don’t associate with Samaritans.’ At this point, the Klan chaplain would close his Bible and say, ‘Now, Jews are smart enough to know they shouldn’t associate with half-breeds, and how much smarter are we than Jews? We don’t associate with half breeds either!” That was the whole point of the story — don’t have anything to do with half-breeds. Race-mixers are bad; even Jews don’t like them.”

Harris shared the more he read the Bible, the more he decided that what he thought was true was really a lie. But God was working to transform his life even as he ran the business of the KKK. Ironically it was a retired pastor, the father of fellow Klansman, who spoke to him about his future, this man said, “Richard Harris is going to be a powerful instrument for God’s Kingdom.” Years later these words still evoke a tender, “emotional influence in his life,” recalls Harris. “The pastor saw potential in me and witnessed God’s love for me while I was promoting hate.”

Harris has served over thirty years in the Free Methodist Church and is now a staff pastor at a predominately black Missionary Baptist Church. Through everything, though, God transformed his life. In the mid-to-late 90’s, he felt that he needed to be intentional about race relations. “What I thought was the truth, turned out to be a lie,” says Harris. As he read the Bible beginning in the book of John, Harris shared with me about how he stopped short of reading the full story of the Samaritan woman and her interaction with Jesus, a Jew. “What I read at first,” recalled Harris, “was that the Samaritan woman said to Jesus that Jews and Samaritans don’t get along.” However, as he tried to justify his beliefs against the story from the Bible, he came to realize and discover an epiphany in his own life. He came to know that what he was preaching was hate not the truth.

At first it took the prompting of one of his students when he taught at Purdue while also pastoring in LaPorte, Indiana. He shared the story about how one of his students, a black woman, indicated to him that she knew who he really was.

“After class she approached me and she said, ‘I know about you and your past. I know that you have been in the KKK and about how you have changed’,” he recalled. She was the leader of the Purdue Black Americans Student Union. She shared with him that she would like him to speak at their next gathering. Furthermore, she indicated that she already printed up posters and was promoting the event. The event was so popular that they had to relocate us three times because of the Fire Marshall rules. They were overcrowded. Hundreds actually showed up to hear me speak for the first time and give my testimony of how I was transformed and left the KKK,” he said.

Harris, at one time the second youngest Grand Dragon of the KKK in the United States, promoted and recruited members to the hate cause for four years. “I grew rapidly in the organization and even had four bodyguards to protect me in those days,” says Harris. Even though he controlled much throughout the organization in Indiana, he was not satisfied and looked for a higher ranking opportunity. The only position offered to him at the time, however, was chaplain of the national KKK organization. This proved to be a turning point in his life because it meant reading the Bible, cover to cover.

In Harris’s book, One Nation Under Curse, he discusses how he “ran one of the largest underground terrorism organizations”. Over thirty years later, he captivates his  audiences with stories they will never hear anywhere else and challenges them with lessons he has learned on his journey from racism, bigotry and prejudice — to acceptance, love and tolerance.

He shared about how his life was transformed because of the love of Christians in his life. His message of hate toward people who were different from him was turned to an attitude that honored those he was taught to despise. For over thirty years, he has served as a pastor in the local church. His ministry has grown, as well as his educational training. Soon after his conversion he felt a call to ministry and began that pursuit of education at a nearby Christian school — Indiana Wesleyan University (Marion College).

“Some of the professors at the time even knew what I was but they still loved me and welcomed me in their classrooms,” says Harris. Some of those professors at IWU included Wayne Caldwell, Lee Haines and Bill Bixler. “Marion College contributed to an ever-changing belief system that brought grace & love into focus for me,” recalled Harris.

Harris indicated that he has found a wonderful community in his local church that provide support and care for he and his family. He continues to teach and write as well as inspire others to be involved in race relations throughout the United States. Read more.