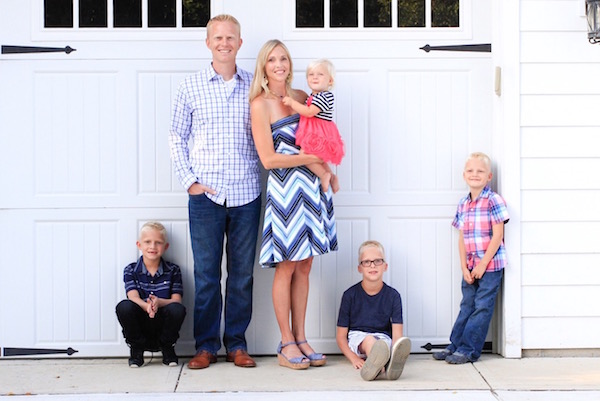 At just nine years old, Evan Longstreth (’99, Finance & Management) was invited by a childhood friend to attend Cypress Wesleyan Church in Columbus, Ohio, and he experienced the greatest turning point of his life. Because of this invitation, Longstreth had the opportunity to become involved in church youth activities and he eventually assisted in leading junior high and senior high youth groups at the church.

When it was time for Longstreth to choose where he would pursue his college education, he contemplated large state schools and local colleges in Ohio, but Longstreth’s youth pastor encouraged him to look into Indiana Wesleyan University. Through his relationship with his youth pastor and with much prayer, Longstreth chose to attend IWU.

During his time at IWU, Longstreth was a Student Manager on the Men’s Basketball team. Being a part of this team impacted his time at the University greatly and it challenged him mentally, emotionally and spiritually. Longstreth still has relationships with the people he met on the team and says, “The relationships I formed while a student manager with the players are still playing out today in my life.  We remain a part of this program and support the team when we are able.”

While at Indiana Wesleyan, Longstreth met his wife, Susan (Drummer) Longstreth. They were married, graduated in 1999 and moved to Anchorage Wesleyan Church in Alaska with the hopes of starting a Wesleyan Church plant with fellow IWU graduates. Ultimately, though, Evan and Susan felt God calling them to return to Columbus, “After our time in Alaska we moved back to Ohio and began to get plugged back into the Cypress congregation where we have worked as Youth Sponsors, children’s ministries, Local Church Board, Greeters and Finance committee members,” said Longstreth.

Through his friendship with current IWU Basketball Coach Greg Tonagel, Longstreth was led to Thrivent Financial in February of 2015 as a licensed Agent/Producer and Partner at the Florida & Georgia Regional Office of Thrivent Financial. Longstreth is taking initiative in leading Alumni events in the Atlanta area, hoping to create networking opportunities. Thrivent Financial has recently partnered with the Ron Blue Institute of Financial Planning at Indiana Wesleyan University.

Longstreth encourages current IWU students to expand their horizons while on campus, “I would encourage today’s student to get involved in something beyond class and chapel.  This could be a part-time job, volunteering on campus or in the community. Establish good relationships with your professors, take a personal finance class even if it is not a part of your major, and finally spend one summer traveling.”

Written by Dezaray Barr, Writer for the Alumni Office. Dezaray is a Freshman Strategic Communication and Honors Humanities double major at Indiana Wesleyan University in the John Wesley Honors College. At IWU Dezaray is involved in PRSSA leadership and runs both the JWHC Blog and her own blog. Visit Dez’s website at www.dezaraybarr.weebly.com.