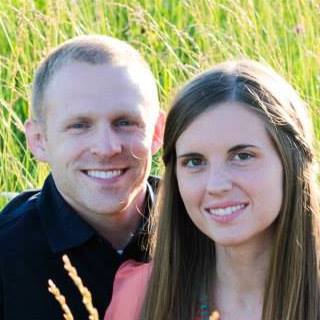 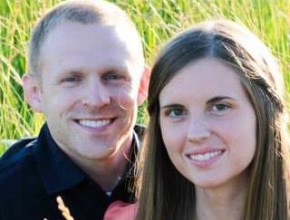 Jared Kidwell graduated from Indiana Wesleyan with a Bachelor’s degree in Christian Ministry. He entered IWU unsure about his college decision, but said, “I didn’t know much about the school at the time, but I quickly became aware that this was God’s plan for me. As I was there, I made great friends and was able to build good relationships with my professors, and it became a place that ultimately I didn’t want to leave after I graduated.”

Originally an Illustration major, he felt the call as a Sophomore to change to Christian Ministry. After college, Kidwell accepted a job at Lafontaine Christian Church as youth pastor. He spoke of two different post-college experiences. One, being a relational journey, and secondly, a career path. Kidwell had met a girl in college, and they were engaged, but after college, he said, “It became clear that God was leading us in a couple different directions.” The engagement was broken off, but, the situation “was a blessing to us,” said Kidwell. He believes his relationship with Christ only strengthened during this time.

Vocationally, the job as youth pastor went smoothly. He felt that IWU had prepared him greatly. Kidwell cultivated relationships with those around him, sharing his passion for Christ with the teenagers of Lafontaine Christian Church. His desire to grow deeper in biblical wisdom influenced the entire congregation. During this time, he also helped coach local cross country and wrestling teams, spreading equally as much wisdom into the lives of the runners he coached.

A few years later, Kidwell met who would soon be his wife, Tylar. He recently accepted a position as a junior class Bible teacher at Calvary Christian High School in Clearwater, Florida. “I have an opportunity to not only share The Gospel and be a part of students’ lives, but I get to grow alongside of them in my studies,” he said. He is able to incorporate ministry into his work, and do this on a daily basis.

Kidwell said he had been praying for a year and a half about God’s plan for his career, and then, one day, he received an email from Calvary Christian High School. Although he had never considered teaching before, he took the offer to visit the school and guest teach a class. He was offered the job right after the visit. Kidwell said, “the Holy Spirit’s nudge in my life to begin searching and praying that direction, but then also to recognize that God was doing something special and opening doors that I couldn’t open,” are what led him to accept the job offer.

The Bible class Kidwell teaches currently is a high school version of what he learned in Dr. Bounds’ Theology class during his time at IWU. He remembered a time Dr. Bounds told the class that if they were Ministers, they were also Theologians. Kidwell believes he currently puts that statement into practice. He works to strengthen the roots of the students’ beliefs so they understand what it is exactly they believe and why they believe it. “My experience at Indiana Wesleyan prepared me for the responsibility and skills I would need in the education environment.”

Jared and his wife currently attend Harborside Christian Church. Kidwell’s light for Christ continues to shine as a teacher, friend, leader and husband. All who know him see a Christ-like example of humility and love.