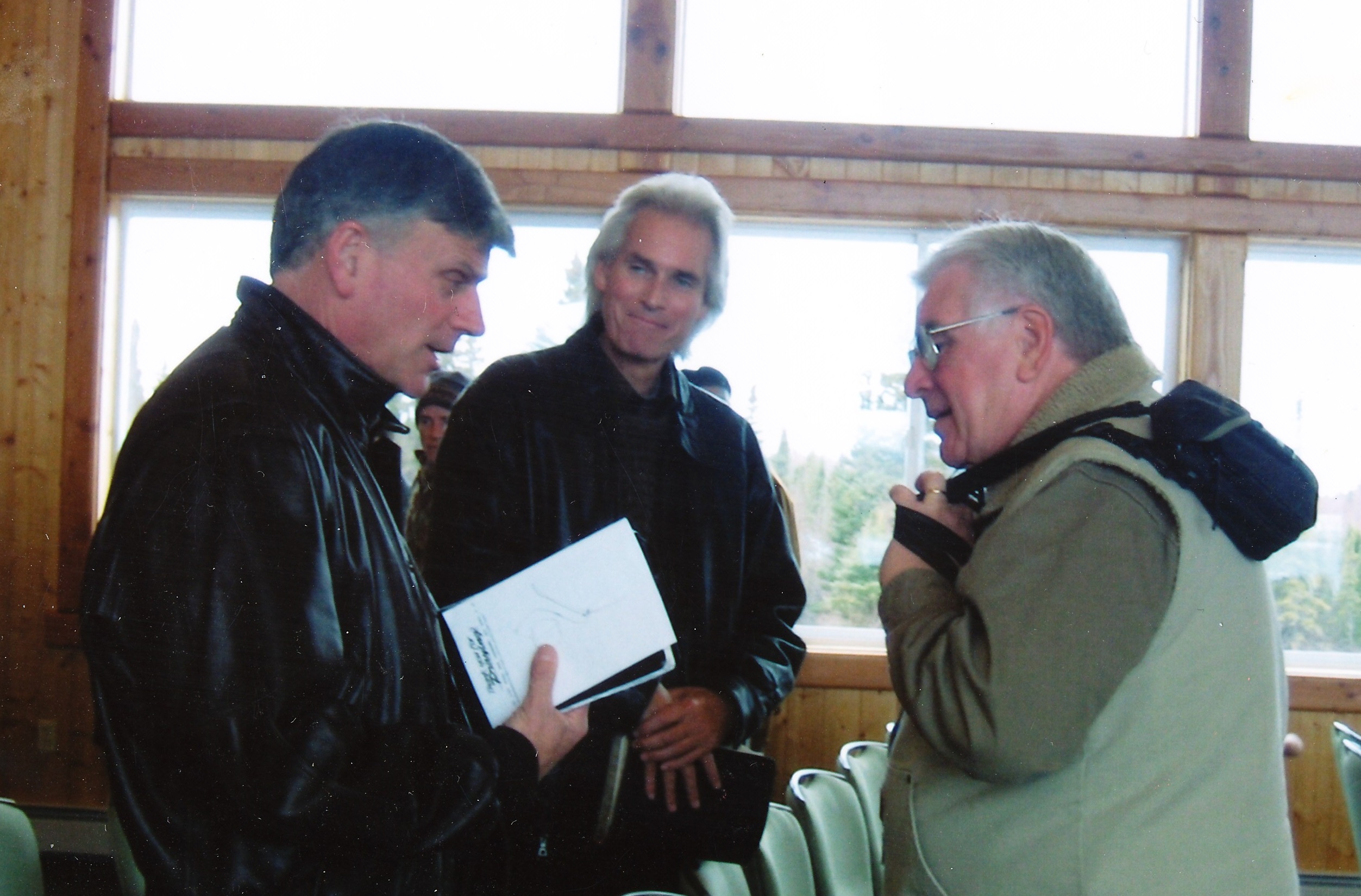 This week’s Pastor of the Week kicks off the New Year by looking to someone with a long and eventful ministry – from helping famous people like Leighton Ford and Billy Graham to a brilliant but relatively obscure girl who was terminally ill. He continues to impact the lives of pastors by helping them reach their God-given potential.

Through On the Edge Ministries, Rev. Howard Robbins helps to bridge relationships and resources that have expanded the impact of people and ministries for over sixty years.  Robbins states, “Any person God has ever used in a significant way, He has taken them to an edge in their lives.” Ironically, no one demonstrates this better than Howard, though he would never think of saying such a thing.

Humility is writ large across his person!

His younger friend, Dr. Jerry Pattengale, University Professor at Indiana Wesleyan University, sometimes leaves the light on for Howard when he’s crisscrossing the country on behalf of one of the dozens of ministries he’s supported. Jerry shared this about his peripatetic guest:

From the far reaches of North America to the Everglades, Rev. Howard Robbins has friends. They’re seemingly at every courthouse, church, and gas stop in between. Some of them are silly rich, but wealth seemed to pass Howard by—yet he’s among the richest people I know. These friends are real, because he shares with them the priority of eternal rewards, regardless of one’s ephemeral worth. Some of his friends are media famous and others more than footnotes in historical accounts, yet someday he’ll likely pass from this world without a ticker-tape parade. And that’s okay. Howard, be assured that a host of us will know that a saint was in our midst. I suppose we’ll all pause on occasion and say, “Did are hearts not burn within us while he was yet with us?” And no, it wasn’t heartburn. 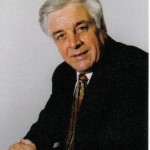 Robbins continues to connect people and ministries with opportunities that has developed successful results. He serves tirelessly and builds up the local pastor and ministry through his extensive collection of relationships. He is a professional connector that networks ministries for the purpose of expanding ministry services which best enables the mission of church growth.

Robbins was born in Whitman, MA. He grew up working with his family owned business Robbins Greenhouses which existed for over thirty-five years. He served in U.S. Marines and U.S. Navy Aviation Wing, but was called to Christian ministry early in life. He was nurtured by parents that believed in him and challenged him to do his best for the Lord’s service. “My mother was a constant source of encouragement,” said Robbins. She was over one-hundred when she died but all the while encouraging his God given abilities of building relationships for God’s good work.

Ministries that Robbins served includes the Evangelistic Film Ministry of the Billy Graham Association.  Throughout New England and Canada the film promotion Robbins served as the Premiere Coordinator for the marketing of such films as the popular for its time, Time to Run. Robbins held one of the largest showings at that time, at Maple Leafs Gardens Toronto, Canada. He was able to recruit Dominion Stores to donate the Gardens for three days at no charge. His ability to network with the local church and local ministries he was highly successful as he worked with Dr. Leighton Ford Crusades Team.

Later he provided leadership with Living Bibles International as Associate Director. He coordinated and directed the development of the International Translation Organization that was putting the Living Text in 109 languages around the world. The efforts of this organization expanded his personal network globally.

It was through these ministries that he developed his ability to network with the local church as a professional connector that enabled city-wide ministry opportunities. Meeting many ministry leaders and networking with many ministries, Robbins demonstrated an extraordinary ability to form new alliances that have extended the impact of ministry outcomes. There are many endorsements that are highlighted at On The Edge.

He attended Moody Bible Institute and Barrington College receiving a Bachelor’s Degree and receiving his Masters of Divinity (Bible and Theology) from Gordon Divinity School.

He continued his ministry for the last twenty years though the development of On the Edge ministries that he now serves to network, collaborate, and consult ministries that expand the outcome potential of church-based ministries. Further Robbins was able to further evangelistic efforts in Chicago by working with the Southern Baptist Home Mission Board with up to 10 billboards with the message “CJ2K.COM (Celebrating Jesus 2,000)” that ushered in the turn of the century. The response was significant as noted by a communication by Wayne Rhodes which in part states, “(it) …opened the floodgates with the cj2k. com (split time tract) site. Over 400 people are visiting it daily …. Over 6400 have visited the site and it is continuing to pick up steam each month.” He furthered his efforts to include The North American Mission Board, SBC in which the President, Robert E. Reccord wrote, “I want to thank you immensely for your help with the Eller Corporation in obtaining the 50 billboards in Atlanta for Arms Around Atlanta!”

Other ministry successes includes Mission America in the promotion of over 350 churches that met at Wheaton Bible Church on the organization and implementation of the Lighthouse Movement.  As well as Grandparents for Kids that worked with Doug Wright that took pictures of students in public schools and invited people in retirement communities and churches to pray for over 500,000 students in the North Central section of New York State.  Robbins involvement with “Say Yes” Crusade in Chicago with Louis Palau was an additional example of successful ministry impact in networking and fundraising.

Whether it is working as a revival speaker or consultant in ministries including Moody Church, or successful author, Joe Musser Robbins is bridging the gap of relationships. One of his latest book, Infidel (published by B&H Publishing). Robbins was able to assist with a contact from Lifeway Christian Resources.

He has also successfully worked with Inner City Impact receiving donations up to $25,000 for a van to transport Chicago inner city kids safely as well as Hope Academy in Chicago resulting in their receiving a $25,000 van as well. He further helped to promote the transformational book by Wayne Messmer, “The Voice of Victory: One Man’s Journey to Freedom Through Healing and Forgiveness”. Collaboration efforts helped develop this promotion with David Mains, Chapel of the Air, and Mission America, as well as Southern Baptists. He also served as Program Chairman for The Governors Prayer Breakfast in Illinois for four years. 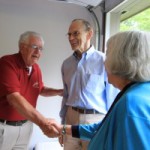 Robbins serviced the general church and para-church ministries that required collaborative efforts, he also served the local church as pastor-leader. Over the years, Robbins would preach in many local churches throughout New England as well as the mid-west. Rev. Robert P. Farah, Pastor of Center Harbor Christian Church in New Hampshire notes, “We know ‘On the Edge Ministries’ has invested time and financial resources in an attempt to keep the witness of the Gospel present here in the Lake Region of NH.” He has served as interim pastoral leadership roles with First Baptist Church in Pecantonica, IL, West Side Baptist Church in Chicago, Hill Village Union Church, and more extensive his local ministry at Park Side Community Church which resulted in a church merging with East Side Community Church that ended up with a debt-free church property and $50,000 in the bank. He has also serves to developed programs of outreach at First Baptist Church in Big Rock, IL for almost two years now.

Robbins was very instrumental in the relocation plan of Wheaton Bible Church located then in Wheaton, IL. Gary Dausey, Pastor Emeritus commented that Wheaton Bible Church was located in downtown Wheaton for over seventy-five years.  They knew they needed to make the change but as noted by Pastor Dausey;

…the church saw the need to expand our facilities to accommodate our increasing attendance. Local ordinances however, prohibited our expansion beyond our then present footprint. That started a several year process to investigate the possible purchase of new property off-site and to construct a new facility. With a new site secured, we began the process of planning the new facility. It was at that point that Rev. Robbins networked with us and suggested that we connect with LifeWay Church Resources to provide an architectural program study to assess our needs and form the framework for developing our architectural plans for the new facility. We did so, and that initial study formed the foundation for the plans that followed.

They completed their 325,000 square foot facility begun eight years earlier. The Lord has richly blessed their ministry at the new location, Dausey stated, “…we grateful to the Lord for His wonderful provision and for those He sent our way to guide us through this process.”

I would be remiss not to add my personal endorsement as well, having personally benefited from his ministry. I have known him for over twenty-years. When I first met him in my local church ministry at Wheaton Wesleyan Church, Howard would serve as an accountability partner and mentor. His impact on my life was highlighted at a special event of On the Edge Ministries and commemorating his 80th birthday (listen to my comments here). Few people demonstrate the commitment to serve the church, while most peers have retired he continues his full-time ministry schedule. Robbins is such the extraordinary person.  Howard has aided in expansion of local church connections with Indiana Wesleyan University as well. He has helped to connect our Alumni and Church Relations Office at IWU by introduction and consulting. 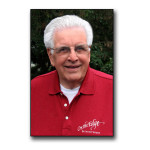 The legacy being left in the wake of the ministry of Howard Robbins should give cause for him to rest in that legacy. Yet, Howard Robbins continues to write his future. In his own words we see that he will continue to invest in people. Robbins says, “The only thing you leave behind is what you invest in the lives of people.” Quoting T.W. Wilson, “You will never see a hearse with a U-Haul.” This is the motto of how he lives his own life.  Glenn Mueller, a leading board member recently wrote about Howard;

“Howard Robbins has been doing a remarkable job. Over the years, he has developed a vast coalition of friends, groups, and ministries that can serve as resources to help supply the needs of other ministries. He has a great, loving heart and continues to give of himself and his resource….

There are many example of the impact Robbins has on people. Once such example is Kirk Langer now serving for over 49 years in local ministry now serving as a chaplain at Sumner Place Retirement Center in Lincoln, NB was then the youngest manager appointed at Macy’s. Through the tireless efforts, Robbins earned the nickname “the hound of heaven” because of his persistent encouragement for him to use his talents for ministry. Many often have heard the encouraging words of Howard Robbins as he quotes that of William Carey, “…expect great things from God, but attempt great things for God.”