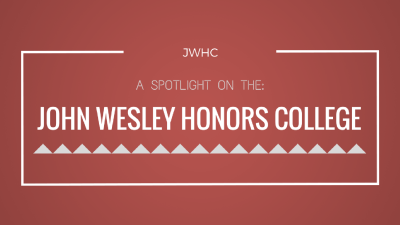 Anna Noveroske Freije graduated Indiana Wesleyan University in 2012 with a major in Biology.

A Granger, Indiana native, Freije knew she wanted to attend a Christian school. Once she had decided she wanted to study Biology, she was able to narrow her search down to two schools, and the rest is history!

“I was really attracted to environment at Indiana Wesleyan. I remember showing up on campus near the time I think I had to make my final decision and the campus just seemed so lively, and I loved that,” Freije said.

When it came to choosing a major, Freije said she grew up very interested in Biology, and was happy to figure out how to make a career out of it.

“During the college search, I was looking at different majors and saw something about environmental sciences and thought ‘Oh! I could actually do that! That would be so cool,’” Freije said. “I didn’t think I could actually do what I love like that for my job or study that. Kind of prayed about it and got the ‘okay’ from God. So I went ahead and became a biology major with the intent to do something environmental science or agricultural related.”

Freije was also a member of the John Wesley Honors College during her time at IWU. Frieje said her experience with the honors college was one of the more formative pieces of her college career.

“I enjoyed a higher caliber of academic rigor and the honors college just seemed like a really cool way to incorporate that into my studies at Indiana Wesleyan,” Frieje said. “And I had known somebody from before college who had recommended the JWHC to me, and I’m so so glad I was a part of it.”

Freije said the honor’s college was like a small family, and it was a very valuable part of her college years.

“It felt like it was essentially a minor in church history. I liked the discussions and the different types of education,” Frieje said. “With Biology, a lot of the work is ‘memorize this and learn this for the exam or do this lab,’ and it’s very information based. The honors college was much more discussion and analytical thinking. I feel like it helped round out my education.”

Not only was Frieje involved with the honors college, but she even took an opportunity to study abroad in New Zealand during the Spring of her junior year in 2011 with Creation Care Study Program. 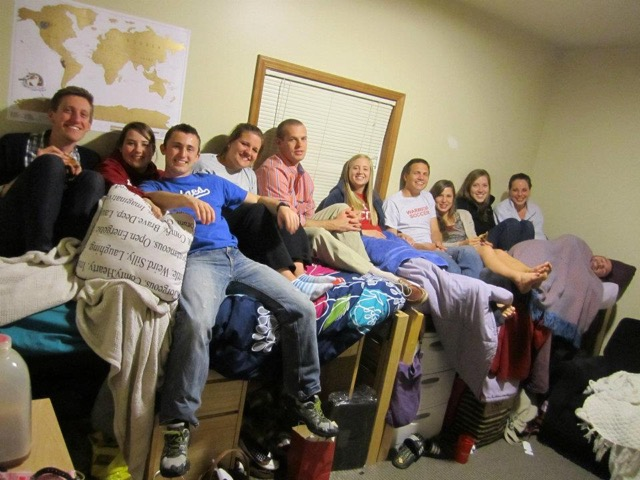 As for her favorite part about Indiana Wesleyan, it was the people she was able to meet.

“When it comes down to it, it was the people who really made my experience there so wonderful,” Frieje said. “The teachers and my friends, and there are so many people I’m still in contact with that, had I not gone to Indiana Wesleyan, I would not have met them– people who just poured into my life.”

Two of Frieje’s favorite classes she took as a student were a C.S. Lewis class taught by Dr. Charles Bressler, who has since retired, and Plant Biology taught by Dr. Grace Miller.

“So many people in Biology were pre-med, and I was not, so I was kind of the rarity there taking plant botany,” Frieje said. “It was one of those things where a lot of the pre-med students didn’t enjoy quite as much. It was not their field, where for me, botany was so much fun and so wonderful.”

Following graduation, Frieje went on to Purdue University and earned her Master’s Degree in Plant Pathology. After earning her Master’s, the professor she had worked under, Dr. Kiersten Wise, then hired her in December 2014, to become a part of Purdue Extension. Dr. Wise specializes in diseases on field crops, such as corn, soybean, and wheat.

Frieje is currently still at this job, as an Extension Crop Pathologist.

“I kind of went from the science and the biology, to in some ways agricultural communication,” Frieje said. “Since my boss is a professor though, I am considered part of her lab, so I also will help with research and/or data collection and analysis from time-to-time.”

Frieje and her husband will be moving in February to live in Kenya for a year and a half.

As for advice for current Indiana Wesleyan students, Frieje said to seek God and do what you want to do.

“God gives you passions for a reason,” Frieje said. “It’s a really exciting thing to know you can follow your passions and delight in the gifts that God has given you and in the sense that he’s allowed you to love.”