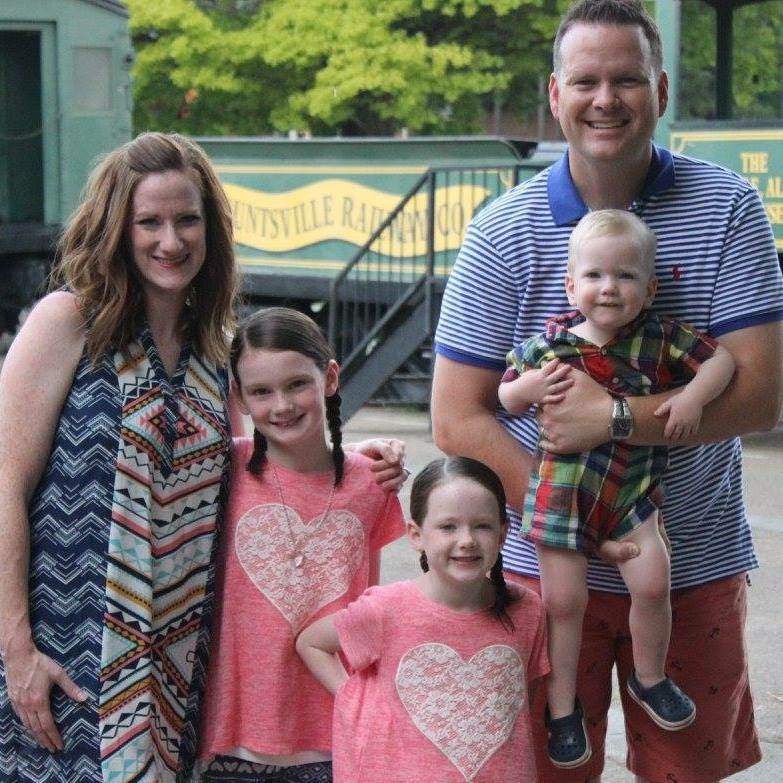 Six months ago, Bradford began serving as Lead Pastor at Wheaton Wesleyan Church, and said it is because of Indiana Wesleyan that he is in full-time vocational ministry in the first place.

Bradford said it was while he was a student at IWU that he grew to become a man of confidence, and experienced many positive “firsts.” These “firsts” include raising his hands and singing aloud in worship, being mentored by an upperclassman, creating his own group for mentoring underclassmen, academically working harder than ever, and traveling to unfamiliar places.

There were many professors and other individuals Bradford developed a relationship with during his time as a student, and each of them has greatly impacted who he is today. These individuals include David Bartley, Glenn Martin, Keith Drury, Bud Bence, Scott Turcott, B.J. Fratzke, Rob Thompson, and Robert Otis.

“I will never forget Dr. Turcott taking prayer requests in class. I will never forget Dr. Martin teaching me more about how to think biblically and critically than simply sharing historical facts and world events. I will never forget Chaplain Gary Swyers believing in me enough to ask me to speak in chapel,” Bradford said. “However, one person who stands out above so many was Gale Richmond. Gale wasn’t a professor. He was an administrative staff member. However, he would frequently take me and a few other hungry college guys out to lunch and speak truth into our lives.”

Bradford also referenced Dr. Barnes (the president at the time), Keith Roorbach in transportation services, and Bonita Wuertley in the religion office. Bradford said each person modeled Jesus to him and with him.

Though Bradford is leading a church today, it was not where he had always pictured he would be. Even though Bradford led Bible studies in Bowman house at IWU, served in churches during his sophomore and junior years, and had preached several times before he graduated, he still struggled with his call to ministry.

Originally, Bradford felt called to be a lawyer. However, while studying for the Law School Admission Test during the second semester of his senior year, he began to realize if he were to be truly obedient to God, he needed to apply to seminary.

Even still, the process and the journey has not always been easy– there have been obstacles to overcome, as well. Bradford said his biggest difficulty has been to overcome his lack of faith and fear of failure. He said throughout high school, college, and even in seminary, he often succeeded but had to learn that his success was no what it was all about.

“God longs for us to have faith in Him, not in our own abilities, talents, and gifts. Early on, I errantly believed ministry was about my work ethic and the people I knew,” Bradford said. “Over the years, God has stripped away my pride and rebuilt faith in its place. Instead of fear, now I pray and step back and watch God work. He always shows up, time and time again. Whether raising money for missions trips or reaching out to our local community, God always provides, and builds our faith in the process.”

Today, Bradford said the congregation of Wheaton Wesleyan Church has a wide range of ages. The church got its start 60 years ago and is just west of Chicago, 8 blocks away from Wheaton College. Even still, the congregation did not have college aged students when Bradford first arrived 6 months ago, though that has started to change. Today, they have 10-20 college students regularly attending.

“On the other end of the age spectrum, we have Ms. Merle. She is 109 years old and can likely out run you with her walker! Merle is definitely the oldest living Wesleyan on the planet!” Bradford joked. “The challenge of being a pastor is figuring out how to relationally and pastorally connect with Merle, who has attended WWC for 50 years, and yet love on college students, who are simply trying to pass their statistics exam next week.”

Bradford said this generational gap is why he loves the local church, and Wheaton specifically.

“The body of Christ brings together people from all walks of life to accomplish one purpose, the glorification and edification of our Lord,” Bradford said. “Because we have been blessed with these students, as well as a large contingent of seniors, God has given us a task. Pass on wisdom, faith, and leadership to the next generation. Mentor them. Encourage them to become all God longs for them to be. And in the process, us older folks may just grow and learn as well.”

As for advice for current IWU students, Bradford said not to wait until after graduation to begin ministry; instead, start now.

“Become a Big Brother or Big Sister at the YMCA in Marion. I did, and I am better for it. Serve in a local church’s children’s ministry or on their worship team. Seek out a mentor and meet with them regularly. Start a midnight bible study in your dorm. Do whatever God challenges you to do,” Bradford said. “You’ll never be in college again. You’ll never have this opportunity again to surround yourself with Godly professors, administrators, friends, and coaches. Take advantage of this time.”

“My collegiate days at IWU taught me so much, but above all, they taught me to be faithful to the task to which we’ve been called,” Bradford said. “Thank you for highlighting my story, and my ministry. I am truly honored and humbled.”

One Reply to “Pastor of the Week: Brian Bradford”