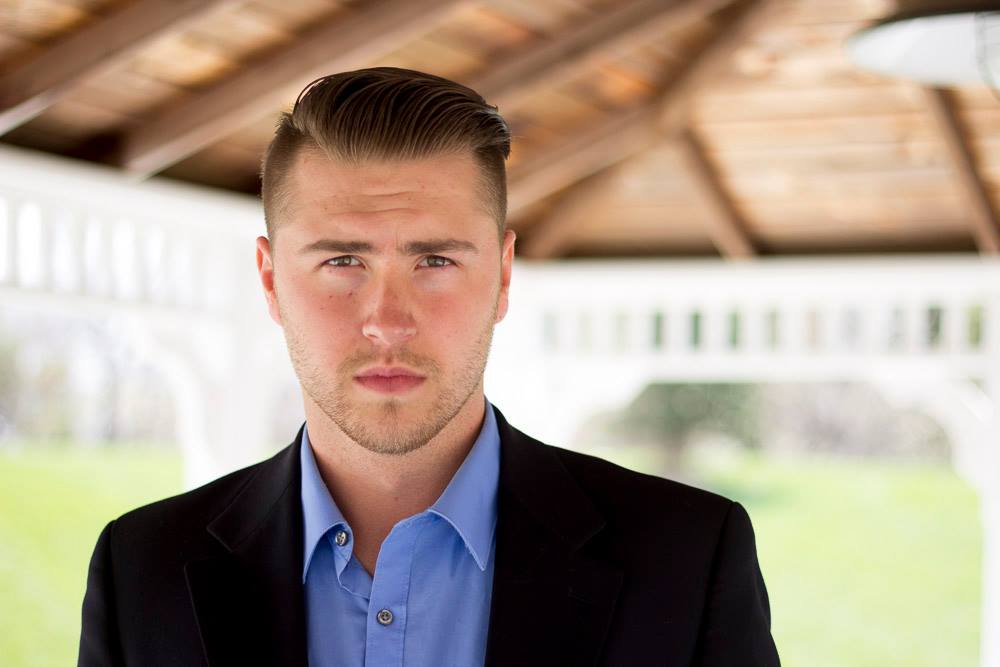 Mike Bruce began his college search in 2010, and he was confident he would pursue a radio career in California. He visited Anderson University with a friend, and while they were in the area they decided to visit IWU, as it happened to be a visit day.

“As soon as we pulled up in front of Bowman House and walked into the Student Center… whatever it was, I just knew that this was the place to be,” said Bruce. “It’s one of those feelings of confidence. That’s the best way to explain it. I immediately felt peace and knew, ‘Holy cow, this is the one.'”

While a student at IWU, Bruce was nominated for both Homecoming Court and to be his freshman class president, a tradition in Student Government that is no longer active. He played intramurals and participated in activities through Bowman House.

During his junior year, Bruce had the opportunity to work as an Event Coordinator for Student Activities Counsel (SAC) and become Vice President of IWU’s chapter of PRSSA.

Bruce had the opportunity to be a Student Ambassador while studying abroad in Australia during the spring semester of his junior year. He also interned in June of 2013 at the Wood Family Foundation in Chicago, Illinois.

“That summer [at Wood Family Foundation] was instrumental in building everything that I previously knew about PR, but also learning about the events planning,” said Bruce. While at the Wood Family Foundation, Bruce worked with Woody’s Wiffle Ball Classic at Wrigley Field, where he had the opportunity to meet many celebrities, including Bill Murray, and help raise over $400,000.

When Bruce returned to IWU for his senior year, he had the opportunity to write for The Sojourn and gain some journalism experience while working with Dr. Randall King. He also volunteered through Francis Locum, mentoring a child at a local elementary school, and Bruce used this as his Public Relations senior project for the Communication Department.

After graduation in April of 2014, Bruce returned to working for the Wood Family Foundation, helping with an event they were hosting in June, Woody’s Winter Warm Up.  Read more about the event here.

“I had the opportunity to grow and network,” said Bruce. “I always wanted to say, ‘You’ll be successful with what you know, but you’ll go so far with the people you know and meet.’ That was the case with me.”

Since taking on this role at the Wood Family Foundation, Bruce has experienced real life networking. He’s had the opportunity to attend the Grammy Awards and the Golden Globe Awards and meet major celebrities, like Nick Jonas and Ellen DeGeneres.

Written by Dezaray Barr, PR Specialist for the Alumni Office. Dezaray is a sophomore Strategic Communication and Honors Humanities double major at Indiana Wesleyan University in the John Wesley Honors College. At IWU, Dezaray runs both the JWHC Blog and her own blog. Visit Dez’s website at www.dezaraybarr.weebly.com.

One Reply to “Mike Bruce: From College Search to Grammy Awards”