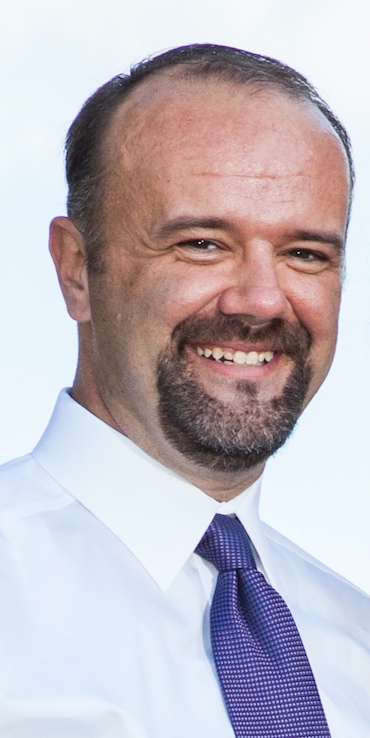 Dwight Clark Elliott graduated from Indiana Wesleyan University with his B.A. in General Studies with a focus on Biblical Studies in 2013.

Today, Elliott is the Senior Pastor at Amboy Friend’s Church in Amboy, Indiana.

Elliott said that Indiana Wesleyan University greatly influenced his future. He said IWU helped him focus on core values and the importance of a Christian education– not just in the workplace, but in every place.

Some of Elliott’s favorite courses through IWU included Old and New Testament. He said that though he didn’t have Wilbur Williams, he had Greg Smith for Old Testament, and he really enjoyed his class.

As for how he transitioned into God’s call for his life, Elliott decided to first further his education.

“I grew up on a farm and had returned to working with my father, and was called from the pig pin to a pulpit,” Elliott said. “When I came behind the pulpit to work full time in ministry, I had already had a background of working part time ministry for a number of years, but I knew at that time the Lord was calling me to sharpen my focus to continue to be a leader, which means that I needed to be a learner. So I returned back to school to finish my bachelors degree in that time.”

Since then, Elliott said there have been a number of times in which God has confirmed this calling into ministry. One of these confirmations came shortly after obtaining his bachelor’s degree.

“Shortly after my graduation there was a knock on the door here at the church. It was a man to say he was had just been released from jail. We ended up getting him some help, because he said he wanted out of that lifestyle. It took a while to get him into a rehabilitation house, but shortly thereafter he was in that house living. I went to go visit one day, and he introduced me to the other guys in the house as his best friend,” Elliott explained. “It just … humbled me to think here’s this guy–he’s been through hardship in life–and yet God is kind of confirming that call. Because God may not necessarily always call the qualified, but he definitely qualifies those that He calls, and that was one moment I could say for certain I felt that confirmation of that call.”

Though Elliott has experienced confirmation from the Lord, there have been difficult times throughout this journey and process as well.

“I think sometimes the biggest difficulty we face is when we allow pain to to get between us and what the Lord is trying to do in our lives. And sometimes we let that pain block Him out, and it can become a distraction or a detour. When the truth is, we need to see that as an opportunity where the Lord’s working on us,” Elliott said.

Elliott also went on to describe some of the challenges he has faced in his life. Elliott explained he has a 15 year old son who is autistic and nonverbal, and he said he continues to learn from his son who always radiates joy.

“He reminds me every day of the fact that we shouldn’t take life for granted and to see joy in the smallest of things. Because the frustration that he must have every single day is hard for me to imagine– not being able to express vocally what he wants, what his needs are– yet he shows patience, and he is such a happy guy. I mean he is… he’s full of joy and we see that reflected in his eyes, in his smile, and his laugh,” Elliott explained. “It helps remind us that even in the midst of struggle and strife, and even a midst of pain, there is joy and that joy helps us to look past that pain, past that distraction, past that detour, to see the very thing that God wants us to focus on and is praising him.”

Elliott explained that his congregation at Amboy Friend’s Church is unique and values reaching out to the community. The church is from the Friend’s denomination. Elliott said another way of explaining that would be to use the “old school term Quaker.”

Elliott said one of the unique things the church does is a monthly outreach program with the community, called “Free Meal Ministry.”

“We give a meal that is absolutely free. We put it on here at the church, and we often make deliveries in the area. On average we have been serving about 175 meals every month for, I think we’re in our fifth maybe sixth year at this point, and we continue to reach out to community,” Elliott said. “There are people that will come into our family life center for a meal that would not feel comfortable coming into the church but on enter into our gym and there are some very healthy things that begin around the table.”

Elliott went on to say that healing begins to take place during these meals, as people share their stories, their struggles, their hurt, and what they need prayer for.

Elliott said another unique factor about the congregation, is the wide variety of generations.

“We have a lot of folks from previous generations, but we have held their hand as they went on to be with the Lord… and then we’re seeing more young families are coming into the congregation. It’s kind of a transition time a Amboy Friend’s. We’re seeing more and more young families coming into our church. Which is a blessing, and it’s an encouragement to see that happen,” Elliott said.

As for words of wisdom for current IWU students, Elliott wants to encourage students to persevere in the pursuit of their education, and to evaluate what is truly important in life.

“I would just encourage them to continue to continue their path. My bachelor’s degree was held up for a lot of years because of me, and I got in the way of it–in truth I should have completed it a lot earlier, but I was in the way of it,” Elliott explained. “Sometimes life has a habit of doing that, but if anything, I really learned through the online experience at Indiana Wesleyan how to be disciplined and focused so that my studies have their place in my life. There are plenty of times in life where ‘urgent’ is going to try to crowd out what’s important, and it seems to challenge us on a daily basis, but my time in Indiana Wesleyan really helped me to determine what was important, so that when ‘urgent’ came along, I knew exactly what ‘urgent’ was, but I knew truly what was important.”