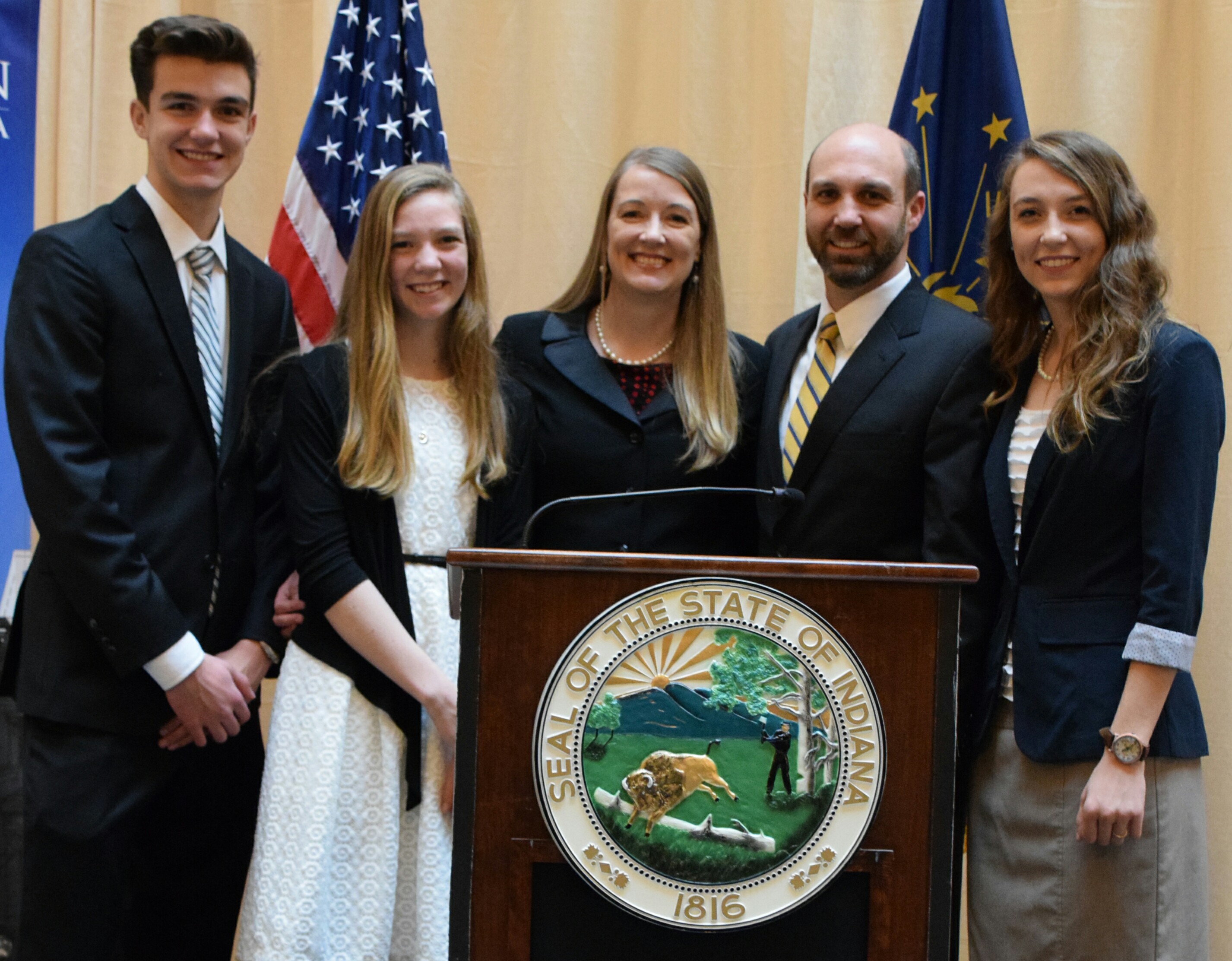 Rev. Matthew Barnes, originally from Southeast Indiana, has served as the Chaplain of the Indiana Statehouse since late 2004. As for how he got the job, he has a story filled with hard work and much faith.

When Barnes was young, he became very interested in Abraham Lincoln, and told his parents he wanted to be just like him. This interest resulted in Barnes being home-schooled from third grade and on. From there, Barnes attended four years of advanced ministry training in Indianapolis.

He stated, “After that, I decided I really should go into ministry, and I was looking for that opportunity. (I) ended up serving with my father, who is a pastor, so I was an assistant pastor – there was not a full time position – and ended up working other jobs. We had lawn care business when I first got married, and then I went to work at a hardware store after that. And then, at the hardware store in 2004 is when God really worked on my heart to start a ministry here in the Capitol.”

When Barnes became interested in pursuing a ministry job in the capital, he decided to be obedient to where The Lord was leading him and went to the Capitol to ask if he could speak with the Chaplain. He then discovered that the Capitol had never had a Chaplain before. From there, Barnes went home with this information to his wife, whom he had been married to for only a few years.

He said, “I asked my wife if we could consider quitting my job, which was working at the hardware store, and go to work at Statehouse with no job description, no money, no benefits or anything. And we had a five year old, a three year old, and a six month old, and she said ‘let’s do it.” Barnes quit his job, and him and his family ended up at the Statehouse in late 2004. He began working there for the 2005 session, and since the job had no description, he made it up throughout the years.

When Barnes began working at the Statehouse, he did not know anyone, but he made it a point to go around introducing himself and asking what they needed prayer for. One legislator asked Barnes his opinion on a particular moral issue of the day. He wanted to know what the Bible said about it, and also wanted to know Barnes’ opinion on the matter.

Barnes gave the legislator the answer found in Scriptures. He then said, “We talked for an hour and a half, and really the moral issue at its root is the sin issue. It’s great because the Gospel answers sin issues. Further down the road, Barnes was able to see the fruit of his planting. He stated, “It came time to vote and he (the legislator) voted for the biblical side, which was not what he was inclined to do, and the reporters then asked him ‘why did you do that’ and he said ‘well I have become a Christian,’” Barnes explained.

Barnes said this legislator went on to participate in rallies for this same issue, which had previously been against. Then, the unexpected happened. Barnes said, “Within a couple of months, he (the legislator) died and that just really put the exclamation point on it for me – saying this man who was a state representative and was just going along with life and was interrupted by Jesus Christ, who’s saved him and then, redeemed him. Then, He took him home in a matter of just months after accepting Him. That experience was very rewarding for me, because had I focused on politics, we may not have seen this man come to know Jesus Christ.”

Read Part 2 – Matthew Barnes’ story, as we continue to honor his many pastoral achievements.

One Reply to “Matthew Barnes: Part 1, Chaplain of the Indiana Statehouse (Pastor of the Week)”