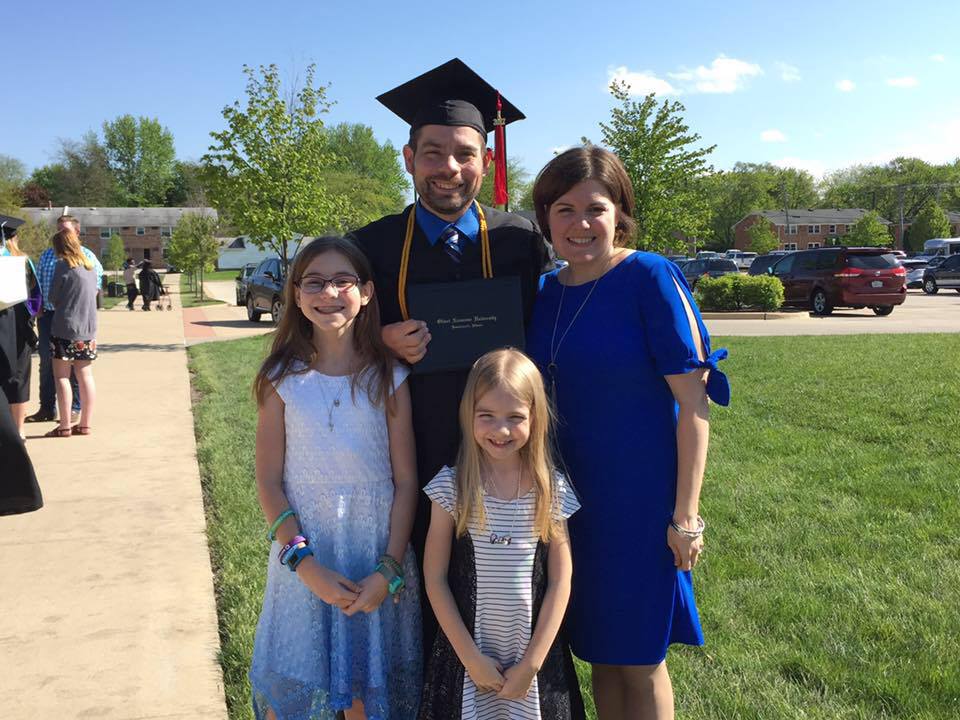 Ortman first heard of IWU from Lt. Colonel Clarence Kinnet, who spoke at a camp she attended. “Later, I came for a visit weekend and loved the atmosphere, so I applied,” Ortman said. “IWU was the only college I considered at that time.”

As a freshman, Ortman lived in Shatford Hall. “I came in with some AP and other college credits, so I was a sophomore (by credits) in the second semester and had my curfew lifted – that was interesting being one of the only ones who could be out late,” she shared. “I got sent on lots of errands to Walmart by my floor mates, which had just become a 24 hour store that year. I worked at Pizza Hut that year too and made lots of friends, as I always came home with pizza to share! I enjoyed Shatford living and was even named Princess at one of the Winter formal events.” Her sophomore year, Ortman was an RA in Evans Hall, and eventually she moved to University Court.

In June 2004, Ortman was commissioned as a Salvation Army Officer with the rank of captain. “As an officer, I have held appointments as a corps officer (local pastor and services administrator) in three different locations in Michigan,” she said. “I have served four years as a divisional (regional) leader for youth ministries in Indiana. And now, I am appointed as an instructor and the Assistant Director of Personnel at The Salvation Army College for Officer Training in Chicago.”

Ortman said that every part of her experience at IWU was helpful to her and has been helpful in her career. “I remember the energy and compassion of Dr. Keith Drury and other professors and try to emulate that to the students I teach now, who are cadets seeking to be commissioned as Salvation Army officers,” she explained. “I teach many of the very same topics now that I learned at IWU, including Christian Education and Doctrine, but in a more introductory manner. I hope to help my students develop the lifelong love of learning that I developed at IWU, so that they will go on and pursue higher education goals of their own.”

Captain Ortman encourages IWU students to, “Soak it up – take in all you can while you are there. Learn for your own use – not just for a grade. Read for comprehension, not just to get it done.  It won’t matter that you’ve turned the pages if you didn’t get anything out of it.”

After IWU, Ortman attended Northern Baptist Seminary on a full scholarship and obtained her Masters of Arts in Christian Ministry in 2003. She was also married in 2003 to her husband Aaron Ortman. Aaron and Jenny are both commissioned Captains in The Salvation Army and are serving at the USA Central Territorial training college. Aaron is a Bible instructor, as well as the coordinator of the distance learning program. They have two daughters, Abigail and Emma.

Written by Dezaray Barr, PR Specialist for the Alumni Office. Dezaray is a junior Strategic Communication, Journalism and Honors Humanities triple major at Indiana Wesleyan University in the John Wesley Honors College. At IWU, Dezaray runs both the JWHC Blog and her own blog. Visit Dez’s website at www.dezaraybarr.weebly.com.