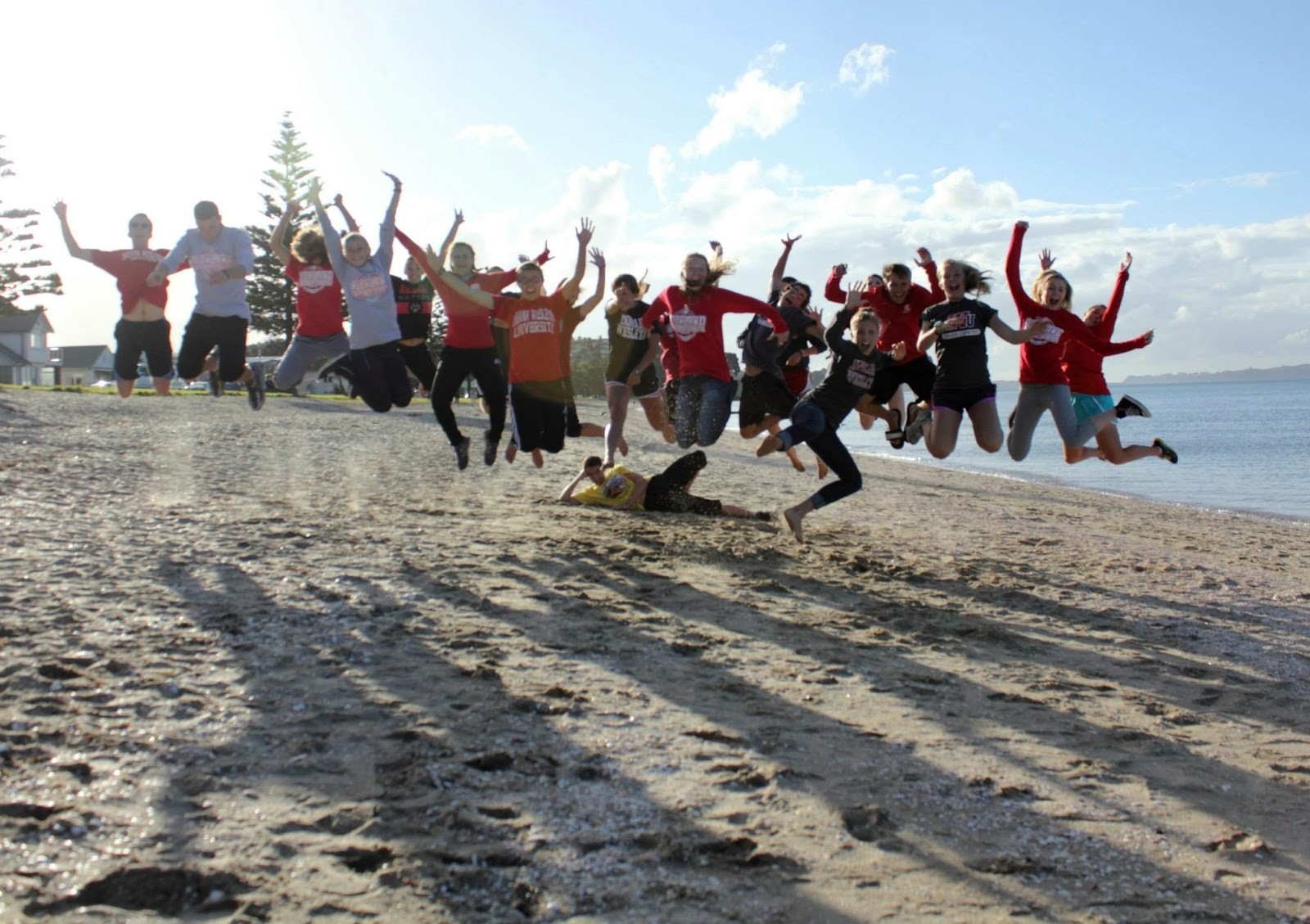 Alyssa Jones graduated from Indiana Wesleyan University with a major in Exercise Science and a minor in Coaching in 2015. “I loved my time at IWU!” Jones said.

Jones was a four year hammer thrower on the IWU Track and Field team. “My team was more like a family to me,” she said. “I still keep in touch with several of my teammates. I miss it a lot.”

While a student at IWU, Jones lived in Evans Hall for one year and Reed Hall for two years, where she worked as a desk worker. As a desk worker, “I was able to get to know the girls in the dorm, and we would often play a card game or two,” she said. “When we weren’t at practice or working, McConn was our go-to place. It’s hard to find as good of coffee once you graduate!”

She said that she had so many great memories from IWU that it’s hard to pick just one. “One of the most memorable experiences was being able to travel to Auckland, New Zealand with the athletic department on a missions trip. It was incredible to be a part of that and see Jesus working in the hearts of the people there!” she said.

Jones came across IWU accidentally. “I was actually coming home from a visit day at another college when my friend asked if I had visited IWU’s campus yet,” she explained. “I had not, so we decided to drive through campus on the way. I immediately knew that I wanted to schedule a visit there. It was a cold visit day, but it was absolutely beautiful. The Christ-centered approach to education was what I was wanting in a university, and chapel was amazing that day! Being able to continue my athletic career was the cherry on top!”

Jones is currently in the PTA program at the University of Saint Francis in Fort Wayne. She is working as a PT Tech at Steppin’ Up Physical Therapy.

Because of her time as a student as IWU, Jones was incredibly prepared for a PTA program. “I was even more prepared when I began working as a PT Tech,” she said. “Having that knowledge of the human body and movement helped me have a grasp on what the therapists are doing with patients, so I can help explain it as well.”

Jones thought she had a good relationship with God going into college, but that relationship just got stronger during her time at IWU. “I had friends that I could talk with that would give me biblical advice and pray with me when I was going through rough times,” Jones said. “I began to really make that relationship my own.”

If Jones could tell IWU students one thing, she would say, “Hang in there! I know everyone says ‘it goes fast, so enjoy it,’ but it’s the truth. I wouldn’t change my experience at IWU, and I miss being in community with some of the people I adore most.”

Written by Dezaray Barr, PR Specialist for the Alumni Office. Dezaray is a junior Strategic Communication, Journalism and Honors Humanities triple major at Indiana Wesleyan University in the John Wesley Honors College. At IWU, Dezaray runs both the JWHC Blog and her own blog. Visit Dez’s website at www.dezaraybarr.weebly.com.