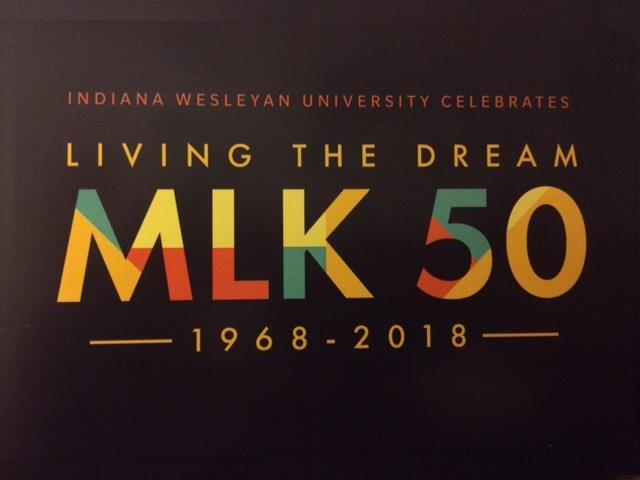 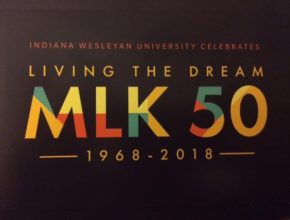 Join us as we mark Dr. King’s 89th birthday and celebrate his dream of radical, revolutionary love that still inspires the world.
This year’s concert will feature the five-time Grammy Award and Grammy Lifetime Award winner, Blind Boys of Alabama. A reception will take place in the IWU Student Center Piazza following the event. This event is sponsored by Indiana Wesleyan University’s Office of Multicultural Enrichment & Employee Development.

This event is free to attend but a ticket is required. You can get tickets online by visiting www.indwes.edu/mlk. You can also get tickets through the IWU Box Office. Please note that there is a limit of eight tickets per transaction. Also, tickets not claimed ten minutes prior to the start of the event will be subject to reissue. 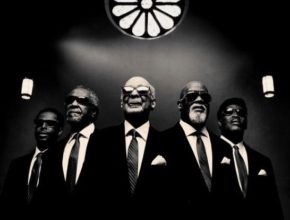 south with their thrilling vocal harmonies and roof-raising live show. They released their debut single, “I Can See Everybody’s Mother But Mine,” on the iconic Veejay label in 1948, launching a 70-year recording career that would see them rack up five GRAMMY Awards (plus one for Lifetime Achievement), enter the Gospel Music Hall of Fame, collaborate with everyone from Mavis Staples and Stevie Wonder to Prince and Lou Reed, and perform on the world’s most prestigious stages.

It would be difficult to overstate the Blind Boys’ influence on their contemporaries and the generations that came after. The New York Times said that they “came to epitomize what is known as jubilee singing, a livelier breed of gospel music,” adding that “they made it zestier still by adding jazz and blues idioms and turning up the volume, creating a sound…like the rock ‘n’ roll that grew out of it.” TIME Magazine raved that “they’re always hunting for – and finding – the perfect note or harmony that lifts an old tune into the sublime,” while The Washington Post praised their “soul-stirring harmonies” and “range of cross-genre collaborations,” and The New Yorker simply called them “legendary.” 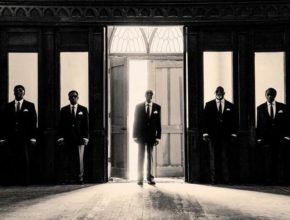 “When the Blind Boys started out, we weren’t even thinking about all these accolades and all that stuff,” founding member Jimmy Carter told NPR. “We just wanted to get out and sing gospel and tell the world about gospel music.” Mission accomplished. (Biographical information from the group’s latest album project, “Almost Home“.)

Phillippe Box Office: 765-677-2610 or box.office@indwes.edu | *Stated ticket prices represent the base price and are subject to additional processing fees.