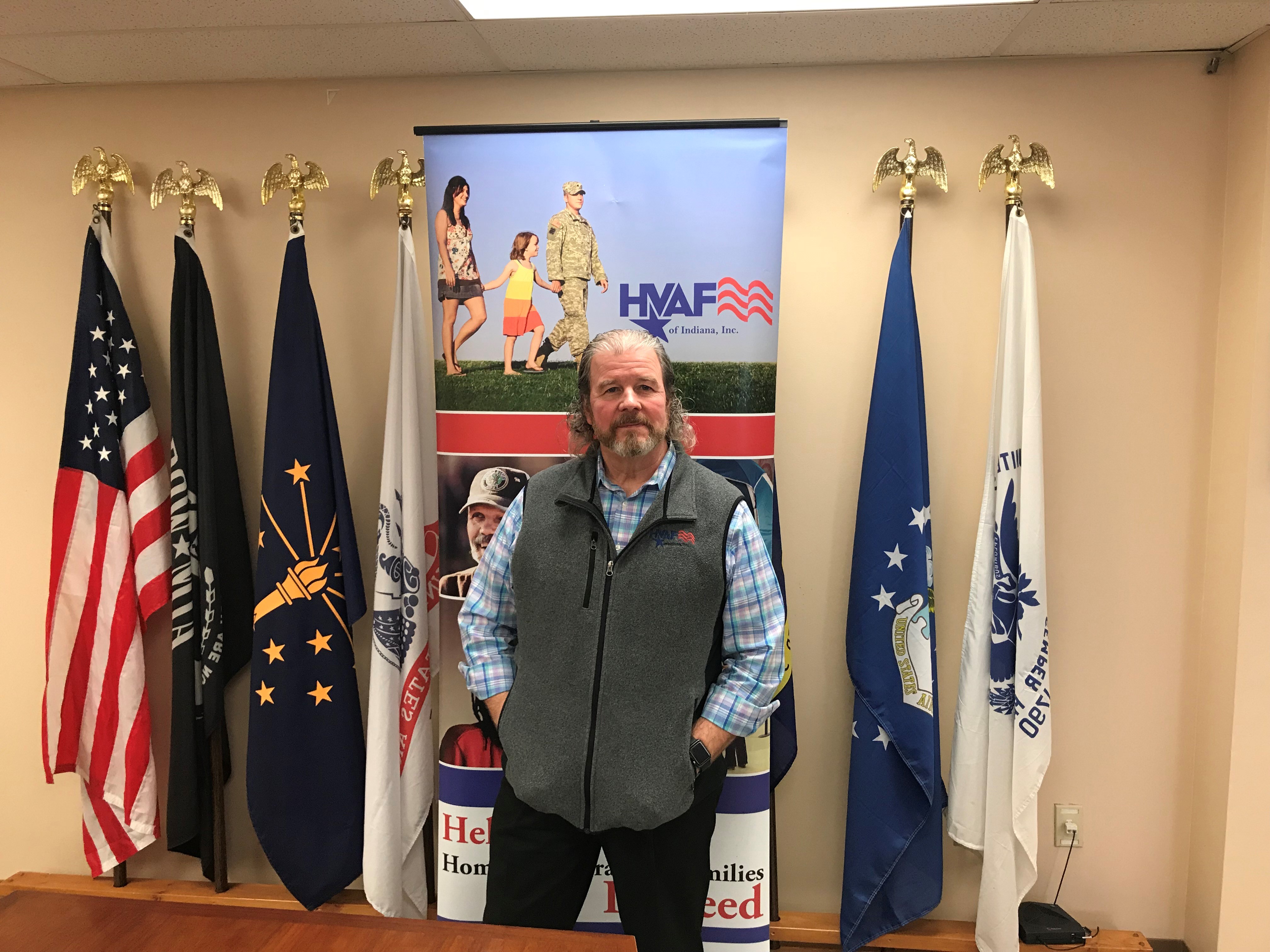 Brian Copes is the President & CEO of Hoosier Veterans Assistance Foundation (HVAF), which helps homeless veterans return to self-sufficiency and engages at risk veterans to prevent them from becoming homeless by providing supportive housing, case management, food, hygiene and clothing, as well as other essential services.

Copes graduated from Indiana Wesleyan University (IWU) in 1993 with a bachelor’s degree in management and in 1997 with a master’s degree in management. “I received the peer-selected Outstanding Professional Award from both my cohort groups and was recognized by the IWU Alumni Association with Outstanding Achievement Awards in 2003 and 2010,” he shared. At the time, Copes didn’t select IWU for it’s faith-based aspect, but because it met his needs as a busy adult who was working and raising a family.

As a commuter, Copes had no traditional campus-life experience. “My student experience in the LEAP program(s) was rewarding, enjoyable and very satisfying. The course work was relevant to my life and work goals, the facilitators were experienced professionals and my fellow students were all people of accomplishment and ambition,” Copes said.

Although he didn’t come to IWU for it’s religious affiliation, it made an impact on Copes that forever changed his life. He said, “My two degree programs with IWU, particularly my Master’s program, were critical and integral parts of my journey to salvation. I did not profess a saving relationship with Jesus the Christ until November 1997 at age 38 following my IWU Master’s graduation in August 1997.” After completing his master’s degree, he surprised his family and asked for a study Bible. “Since then (November 1997), I have stayed in the Word daily using a variety of devotionals and studies,” Copes said. “My original Bible has been my constant companion, prayer journal and travelogue as I traveled in the United States and overseas while serving in the military. It weathered a long hard year in Afghanistan as well as duty in Kyrgyzstan, Kuwait, Egypt, Bosnia, Kosovo, Germany and the Slovak Republic.”

Copes retired in August 2015 after 38 years of service in the Indiana Army National Guard. In April 2016, he began serving as the President and Chief Executive Office of HVAF. HVAF of Indiana is the largest nonprofit provider of comprehensive veterans’ services in the state of Indiana.

In June, Copes and his wife, high school sweethearts, will celebrate 41 years of marriage. They’re blessed with a son and a daughter, both whom are married, and they have six grandchildren.

Copes wanted to thank those at IWU who helped him get to where he is today. “Thank you to the leadership of Indiana Wesleyan University for providing me with a quality education and for shaping an institution which I am proud to associate myself with. IWU made my professional life possible and helped direct my eternal life toward a saving relationship with Jesus the Christ, Lord of my Life,” he said.

“I first met Brian when he was a Brigadier General with the Indiana National Guard, Army. He is a dedicated Christian who has a servants heart, yet can lead people effectively. Our Alumni Association through Indiana Wesleyan awarded him the distinction of a Distinguished Alumni Award a few years ago. It was my honor to know him, and even today I have a lot of respect and appreciation for his ministry to veterans. He represents well the mission of Indiana Wesleyan University,” Rick Carder, IWU’s Director of Alumni and Church Engagement, said.

One Reply to “Brian Copes: HVAF of Indiana”