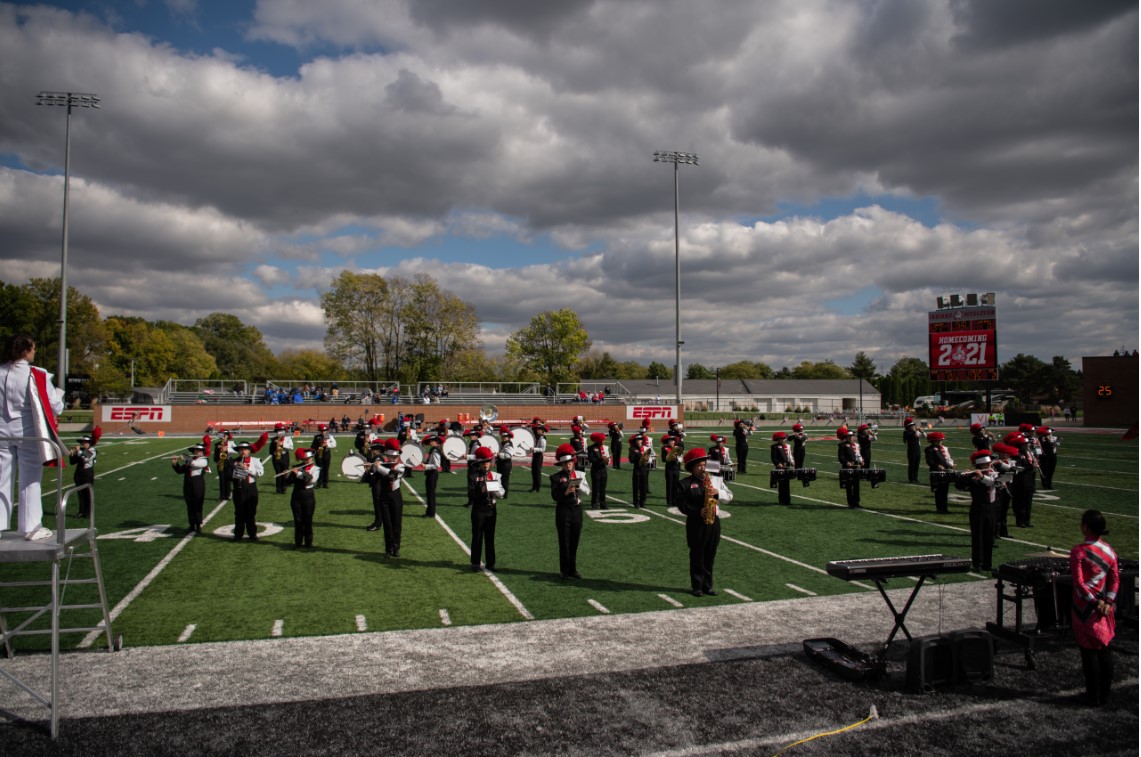 The advent of Indiana Wesleyan University’s football team was hailed as an exciting step for the college, and now a group of students has worked to mark their arrival with music. Meet the IWU Marching Wildcats!

The IWU Marching Band was started last year through the hard work of Professor Michael Flanagin, Professor Briana Blankenship, and several of their students. These dedicated student musicians have been diligently striving to bring the delight of musical performance to every IWU home football game. Entertaining crowds is not the sole purpose of this marching band; they also seek to praise God through their music. To this end, the marching band has begun a tradition of closing each game with the doxology, along with the football team, giving thanks to God together. This special tradition really contributes to making the IWU Marching Band a unique program. 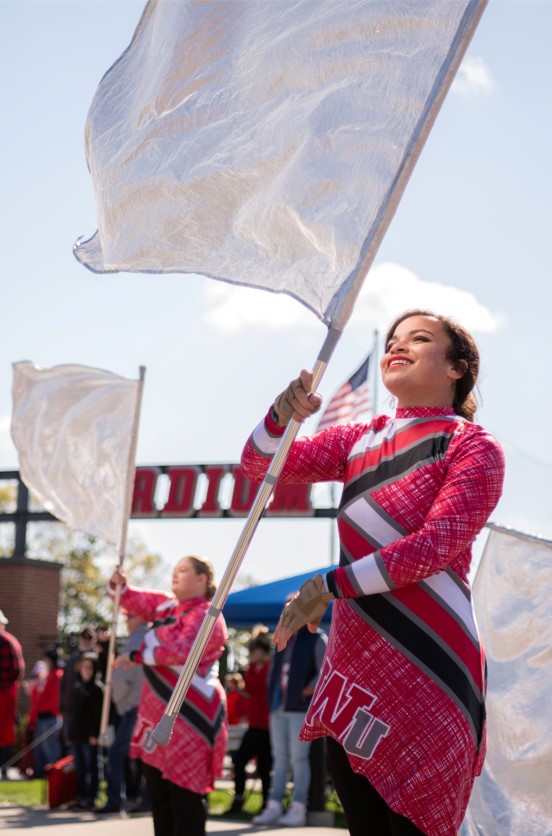 Students who participate in marching band have found that this new program provides a unique sense of community that can be hard to replicate. Many students even go so far as to describe the band as “a family.” Members speak of the skills the IWU Marching Band is teaching them in both learning to communicate with and trust their leaders and bandmates; they are also learning to become leaders themselves. Gwenivere Seegers, a senior music education student and a drum major in the marching band, describes these benefits, saying, “The leadership skills and work ethic required for marching band will help me not only in my career, but in everyday life!” 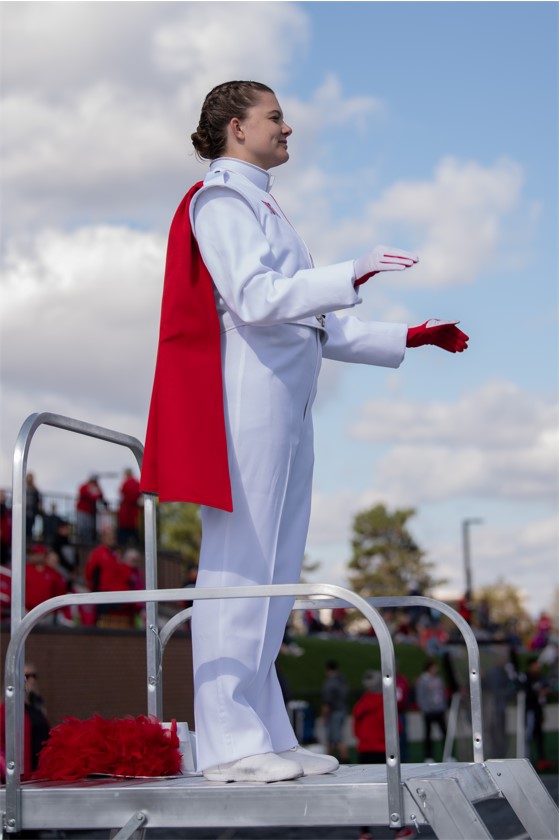 The IWU Marching Band has already left a tangible mark beyond just the campus. Students who have attended IWU in the past few years are familiar with an abandoned grocery store at the end of the deserted parking lot on 45th street, but now that building has been transformed into a practice space for the marching band where the Marching Wildcats can hone their skills. The location adds the benefit of allowing routines to remain a surprise up until showtime! 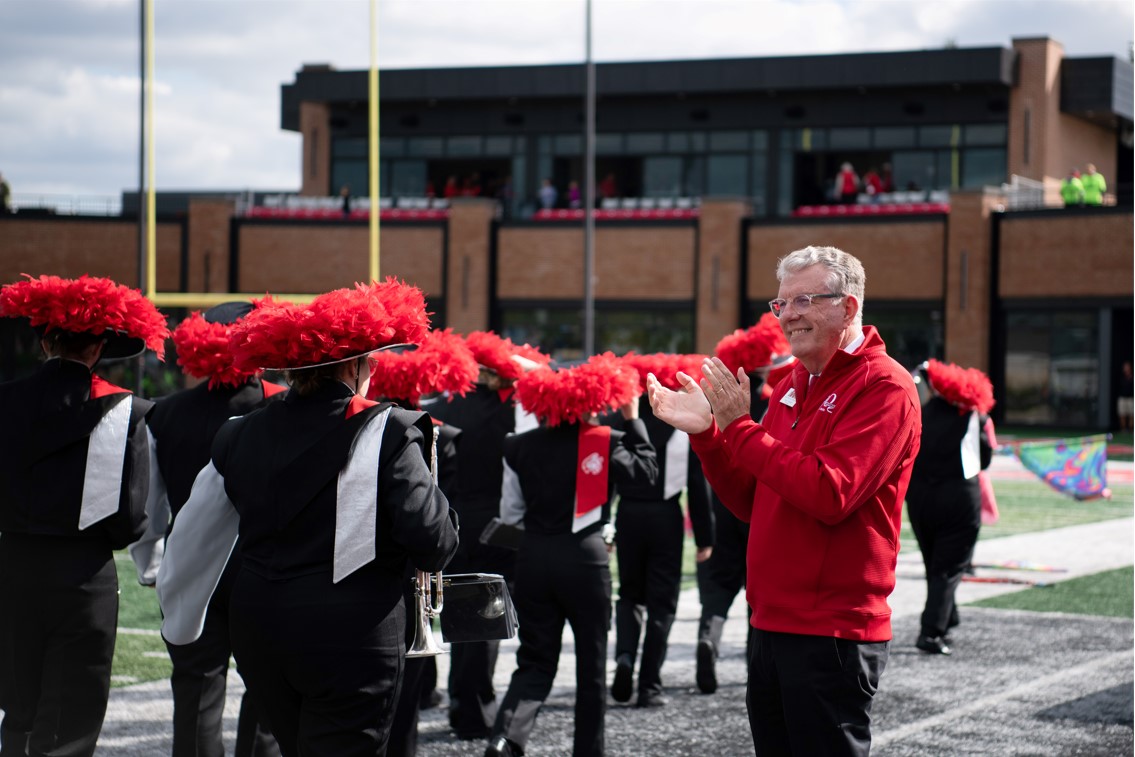 The students who participate in the marching band wanted to take a moment to extend a special “Thank you!” to the alumni who have donated funds to start and sustain the program.

“While the ensemble is just starting, it’s going to be very impactful for both music majors and non-music majors.” Taylor Sprinkle, a senior music education student and one of the drum majors in the marching band says. “I’m very proud of everyone who’s taken part in it so far, and very excited to see where this will go.”

Click here to read more about the start of the IWU Marching Band.